Home|Trump, Media, and the "Age of Computer" 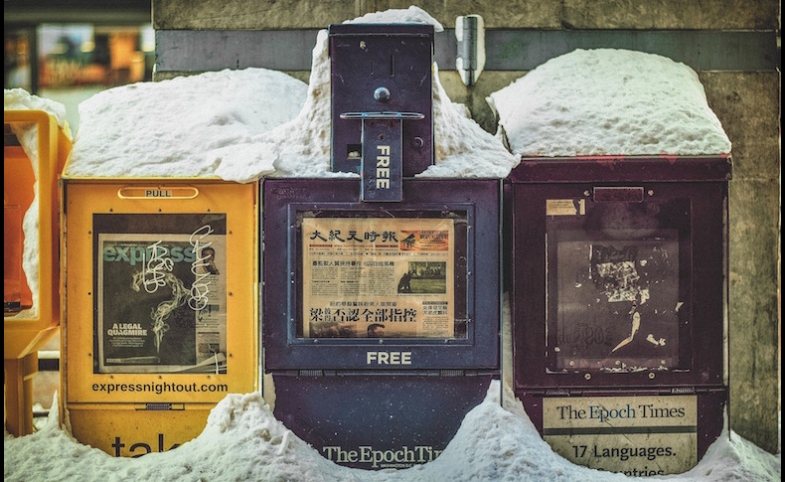 Trump, Media, and the "Age of Computer"

The latest headlines should worry all those who follow communications issues. Not only is President-elect Trump’s approach to mass media and public communication radically different from anything that has come before, there is a broad and unnerving debate — with Trump at the center — involving media, policy makers and political partisans over how to regard Russia and its apparent interference in the U.S. Presidential election.

On the first point, Donald Trump is preparing to take office without having had a press conference in more than six months. His Tweets create news and controversy, but are no substitute for extended, unscripted encounters with the press. Even his supporters in the media, such as the Wall Street Journal, recognize the problem for our democracy when the press has no meaningful access to the President.

At the moment I write this, a 20-second video from last Wednesday is still being dissected by the media for clues as to what Trump thinks. (They have no other means of knowing.) In it, a tuxedoed Trump tells a random reporter standing watch at Trump’s Mar-a-Lago estate that “the whole age of computer” is to blame for the hacking into emails at the Democratic National Committee last summer.

“I think we ought to get on with our lives. I think that computers have complicated lives very greatly. The whole age of computer has made it where nobody knows exactly what is going on. We have speed, we have a lot of other things, but I’m not sure we have the kind the security we need.”

In other words, instead of searching for the thief who committed the break-in, let’s castigate the homeowner who didn’t have a good enough security system. Trump followed up that puzzling, off-the-cuff statement with another brief remark two days later. This time, Trump returned to another favorite topic of his: how much he knows.

"I know a lot about hacking. And hacking is a very hard thing to prove…So it could be somebody else. And I also know things that other people don't know, and so they cannot be sure of the situation."

Such mystifying and vague remarks, especially given his record of unconditional praise of Vladimir Putin, cry out for clarification, but Trump followed it with another broadside against the “age of computer”:

“…if you have something really important, write it out and have it delivered by courier, the old fashioned way because I’ll tell you what, no computer is safe. I don’t care what they say, no computer is safe. I have a boy who’s ten years old, he can do anything with a computer. You want something to really go without detection, write it out and have it sent by courier.”

The conclusion that, for any sensitive matter, we should abandon digital communication is impractical and preposterous. But it is all of a piece with the strenuous effort by Trump to deflect from the substance of the charge that Russia interfered in the U.S. electoral process — not the actual voting, to be clear — but a selective hacking and leaking of information that changed the news environment of the campaign.

Clearly, tweets and baffling assertions about the “age of computer” will not suffice.

If that charge is true, as the entire leadership of the U.S. intelligence community believes, then the Obama Administration’s new sanctions against Moscow are more than justified. Commentators on the left (e.g. Tom Friedman) and on the right (e.g. Sen. John McCain) in fact have called the Russians’ behavior an “act of war.”

Surely with such serious accusations, the only responsible step must be to make known as much evidence as possible. Trump promised last Saturday to listen to intelligence officials this week and to “have more to say” afterward. And, it should be said, we’re still waiting for President Obama to issue an unclassified version of the intelligence community’s analysis.

Clearly, tweets and baffling assertions about the “age of computer” will not suffice. The President-elect needs to stand before the White House press corps, answer questions in detail, and convince us that he cares about intelligence — and that he actually has some of his own.

Foreign leaders are usually circumspect when it comes to commenting on U.S. presidential elections. Russia, however, is an exception this year. Not only did Putin make an unusually public and positive remark about the...

A couple of months back I asserted in a CPD Blog article that the Trump Administration has been manifesting an American soft power “of a dark, sinister cast,” “attractive to a disturbingly different audience” around the...