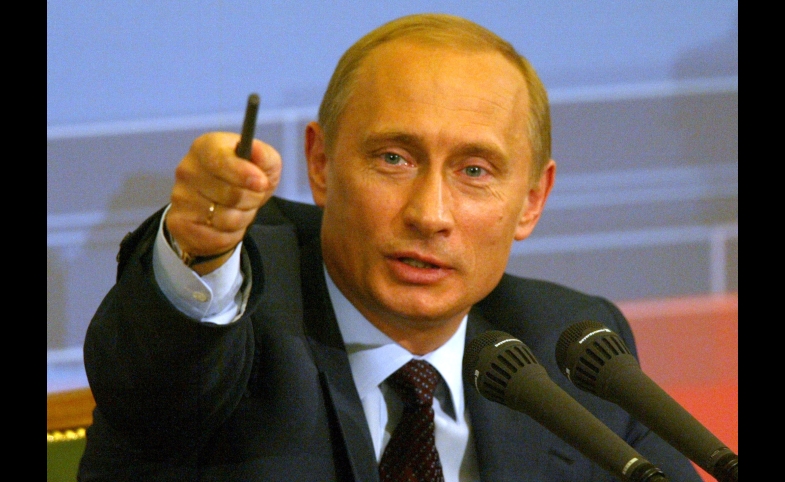 Foreign leaders are usually circumspect when it comes to commenting on U.S. presidential elections. Russia, however, is an exception this year. Not only did Putin make an unusually public and positive remark about the leading Republican contender, Donald J. Trump, Russia’s foreign propaganda media are echoing the sentiment.

It all started when Trump, in his characteristic fashion, declared last fall that the world should welcome Russia fighting in Syria.

Putin then replied that Trump was a “talented individual” and why shouldn’t Russia welcome Trump’s desire to improve bilateral relations.

But then this bromance of bullies went a step further. RT (Russia Today), the state-owned broadcaster that is essentially Putin’s mouthpiece for communicating with foreign publics, started promoting Trump more actively.

According to Russia watcher Paul Gregory, RT has been consistently putting a favorable spin on its coverage of Trump.

In addition, according to RFE/RL, Trump foreign affairs adviser Michael Flynn, ex-head of the Defense Intelligence Agency, attended a banquet in Moscow hosted by Putin last year celebrating the tenth anniversary of RT.

Now, most foreign media observers from countries that are America’s traditional allies have been scathing in their criticism of Trump. The Economist, for example, in its latest issue, bluntly declared that he was unfit to be president.

But even disregarding the countries that Trump has repeatedly offended — most notably Mexico and China — it’s clear that Donald Trump has alarmed most of America’s traditional allies, even if political leaders aren’t saying so publicly.

Why is Putin such a prominent exception? Besides their apparent closeness of views on Syria, Putin and Trump are drawn to manipulating migration issues. Trump, of course, came to prominence as a presidential candidate by advocating the expulsion of 11 million illegal immigrants from the United States.

Now we hear that Putin, along with Syria's leader Bashar al-Assad, is "deliberately weaponising migration in an attempt to overwhelm European structures and break European resolve,” according to testimony to Congress this week by U.S. General Phillip Breedlove, head of NATO’s military command.

...Even disregarding the countries that Trump has repeatedly offended — most notably Mexico and China — it’s clear that Donald Trump has alarmed most of America’s traditional allies, even if political leaders aren’t saying so publicly.

If Gen. Breedlove is correct, Russia’s motives in Syria are not only to support an ally in Damascus but to undermine the security of European countries that are the one refuge of the millions displaced by the very conflict Russia is helping to prolong. Certainly Trump is against welcoming in the United States any refugees from the conflict zone. (He attacked President Obama last November for agreeing to 250,000 refugees from Syria, when the Administration had committed to taking only 10,000 specifically from Syria in 2016.)

Might this be another reason why Putin is glad to welcome Trump’s offhand remarks re Syria, promote him on RT, and welcome in Moscow those who give Trump foreign policy advice?

A couple of months back I asserted in a CPD Blog article that the Trump Administration has been manifesting an American soft power “of a dark, sinister cast,” “attractive to a disturbingly different audience” around the...