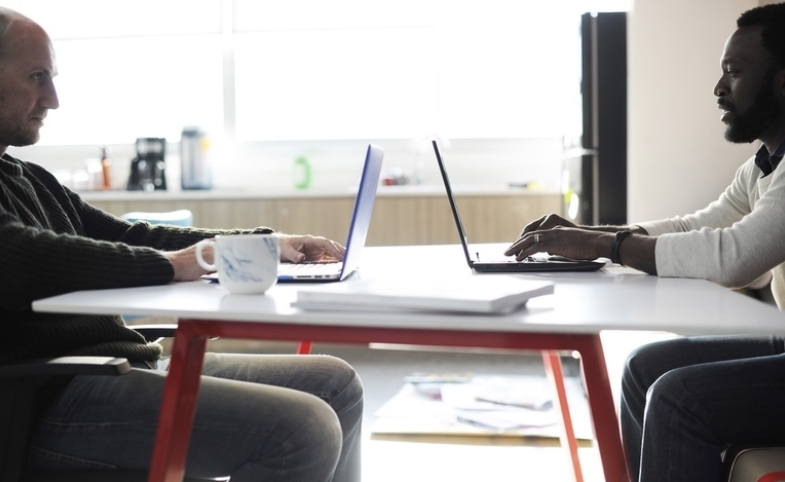 Digitization has caused mass-scale transformation in the way we stay connected to our social and professional networks, how we do business, and how we consume news and entertainment—so why would it not also impress upon citizen diplomacy?

For traditionalists, the concept of virtual exchange is blasphemous—nothing can replace the person-to-person impact of public diplomacy. Of course not, but there is no denying the power everyday global citizens hold in the palm of their hand to influence their own network, greater communities and, ultimately, even nations. The rise of technology has paved the way for a new type of diplomacy through virtual exchange. Through these means, we are able to create avenues of engagement for those who cannot access physical exchange, as they too can benefit from the mind-opening opportunities offered through an exchange experience and have much to contribute to the experience of others as well.

Virtual exchange is changing the how and who of exchange and may well prove itself to be a viable extension of public diplomacy and a new means of building and exerting soft power in foreign affairs.

In this context, virtual exchange is perhaps best defined by what it is not. It is much more intimate than a MOOC (Massive Open Online Course), in which a lecturer delivers content to a broad participant base with limited opportunity for dynamic group engagement. It is also different from a simple classroom-to-classroom Skype call or a social media discussion where individuals, companies or governments push out carefully branded messages and await replies. Virtual exchanges, instead, promote a new kind of intercultural learning that encourages technology-enabled, oft-facilitated, interactive people-to-people dialogue in a digital space.

Youth for Understanding (YFU) is responsible for exchanging more than 260,000 students in the last 65 years through its physical exchange programs. Integrating virtual exchange enables us to further enhance our mission to advance intercultural understanding, mutual respect and social responsibility through educational exchanges for youth, families and communities.

Diversity of exchange participants is greatly increased through virtual exchanges, giving voice to those who may traditionally not have access to physical exchange and creating access and an opportunity for the deeper understudying of marginalized, disparate or underserved people and cultures.

With virtual platforms, there are fewer political, socio-economic, religious or demographic factors that limit participation. Each student is provided equal opportunity and support from facilitators to engage with and learn from each other. Conversation, whether through words, images or video, is the primary activity, and thematic prompts encourage playful, positive and meaningful dialogue.

Virtual exchange offers something different—the opportunity for students to discover their “Third Space,” where participants, no matter their background, family role, stereotypes or location, can introduce themselves in a more authentic context, in a safe digital space that acts more like a home away from home. This is neutral ground, a leveling place, where conversation (as the primary activity), accessibility and accommodation, a low profile and a playful mood are made possible through digital communications. This space creates the opportunity for an educational and cultural experience.

As technology becomes more widely available, people from developed countries, remote areas and crisis zones alike have the ability to engage in opportunities for increased intercultural understanding. For some, like those who have experienced hardship or been impacted by conflict, the virtual sphere provides a peaceful place to express individuality, demonstrate curiosity and develop empathy.

Nearly 1,000 individuals have participated in our Virtual Exchange Initiative, including youth from the United States, Tunisia, Indonesia, Denmark and the Czech Republic. Through facilitated dialogues, with a structured curriculum framework, students were encouraged to share about culture, conflict and current events. Participants saw parallels emerge based on their chosen topics of interest; several students in Iowa, for example, shared about the Black Lives Matter movement in the U.S. and had no idea the extent to which their peers in Tunisia—where the Arab Spring revolutions began—were able to relate to them, albeit in different ways, but with similar sentiments and reactions.

The YFU Virtual Exchange Initiative promotes our sense of common humanity and reinvents the intercultural exchange movement for the new age.

Student surveys following the program captured data that demonstrated attitudinal shifts and confirmed movement toward openness and curiosity about other cultures. A majority of those who completed the post-program survey said they were more confident at the end of the program about sharing potentially controversial opinions with people who may not agree, that they have more sympathy for those in other cultures, and that they are more inclined to seek out additional information while forming opinions about international matters than they would have prior to the program. Ultimately, the results convey, across the board, a high value for the virtual exchange experience and an increase in participants’ global awareness and competencies.

Virtual exchange has the capacity and power to reach significantly greater audiences, much more approachably and affordably than traditional exchanges.

In instances where countries cannot attract exchange students, for individuals who cannot afford to study abroad, for nations or cultures with a history of animosity between them, the prospects for travel or immersive exchange is limited. Through digital, these obstacles stand less in the way, allowing trust—a key critical element of building positive transnational relationships—to build.

This is particularly notable in regions where traditional hard power standing has limited or prohibited engagement, or where physical safety or the presumption of a lack of safety is of concern. It is in locations like these, where the likelihood of misunderstanding or mistrust is likely to be the greatest and virtual exchanges could have the most impact.

Working with the U.S. Embassy in Jakarta, YFU brought our virtual program to Indonesia. Indonesia is notably a tech-savvy, mobile-enabled nation; however, schools vary in their access to technology. Our program worked with students coming from radically diverse backgrounds and schools with high-end technology access, as well as those without.

Many Indonesian students know little beyond what they read online or see in pop culture about American youth. Similarly, young Americans know very little about Indonesia. There is a great deal of misinformation or merely a lack of connection, which could be addressed through virtual exchange opportunities.

Our program in Indonesia linked youth across four continents to one another to help establish in-depth dialogue and conversational exchange. The aim was to create a connection: building relationships between youth classroom to classroom, across national borders.

In our initial programs, participant self-assessments showed 95% of respondents agreeing that they have developed a better ability to understand another person’s perspective.

Cultural exchange is as vital as ever; it forms the ultimate reality check to a worldview based on stereotypes or misinformation. As barriers to access will always exist, virtual exchanges provide a means of overcoming the challenges associated with traditional in-person exchanges.

YFU is not doing this in a vacuum. The rise in opportunity means a great deal of partners have come together to create new virtual avenues for connecting people. Companies like Google and foundations such as the Steven’s Initiative and the Asia Society, alongside YFU, are collaborating to bring more people together and further connect hearts and minds.

The YFU Virtual Exchange Initiative promotes our sense of common humanity and reinvents the intercultural exchange movement for the new age, providing students the opportunity to grow as individuals and become active members of our greater global society. By removing barriers to participation, we are helping to close a very real gap and building cross-cultural bridges of understanding amongst individuals who might typically never travel past the borders of their home communities.

By harnessing technology to increase global connections among youth, virtual exchanges provide a new means of addressing disparities in educational opportunities, offer personal growth and empowerment opportunities and help to counter extremism by influencing attitudes and combatting radical views. Through their everyday interactions, students break down the stereotype of “the other” while learning to embrace similarities and appreciate differences. The opportunity for interpersonal diplomacy that young people hold in their hands can change the perception of classmates and countries.

People-to-people diplomacy is real, and digital technology is making it stronger and more accessible.

Note from the CPD Blog Manager: This piece, written by Erin Helland, originally appeared in the 2017 Soft Power 30 report.