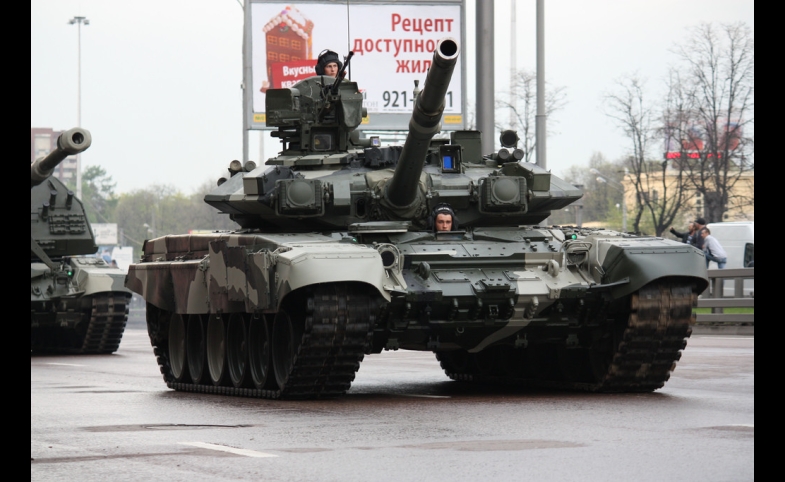 Tensions are again mounting between Russia and Ukraine. Dubiously claiming provocation, Russia has stationed 40,000 troops on the Ukrainian border. Russian President Vladimir Putin has warned of a full-scale invasion.

This hawkish Russian foreign policy is not new. The conflict has striking parallels to Russia’s short 2008 war with another border country, Georgia. Russia also took over Crimea from Ukraine in March 2014, after supporting a civil war in Eastern Ukraine between ethnic Russians and the Ukrainian government.

What do Russians think of their government’s aggressive foreign policy? Is there anything our government could do to influence the Russian public’s perspective? This is the focus of our recent study published in the International Journal of Public Opinion Research.

Promoting public buy-in to a democratic peace in authoritarian countries may be difficult, but not impossible.

In democratic countries, public opinion is often viewed as a restraint on elected leaders that prevents them from engaging in military adventurism. This perspective is called the “Democratic Peace” hypothesis. It’s based on the assumption that citizens on both sides of a conflict are accurately informed about the possible high costs of conflict.

But what happens when this is not true—like in Russia?

Russia is the poster child for a type of governance termed electoral, or competitive, authoritarianism. These autocratic governments maintain power through the illusion of multiparty elections and restricted civil and political liberties. Nevertheless, these autocratic regimes still need to appear responsive to public opinion in order to maintain legitimacy.

Autocratic regimes like Russia realize that public opinion and legitimacy are important for maintaining power. Therefore, they try to control what information their citizens can access by tightly controlling the press and the internet. This manipulation has been on display in Russia’s ongoing conflict with Ukraine.

For instance, Russian media framed the Crimean conflict as Russia lending protection to the ethnic Russians who live in Ukraine. They claimed these Russians were facing prosecution from Western puppets. At the same time, it ignored any possible economic, political and military costs associated with armed conflict. In this sense, the Russian government has “weaponized” the media as sources of disinformation at home and abroad.

What do Russians Think?

In Russia, opinion polls are as important as, or possibly more so than, in democracies. They are conducted largely unhindered by government interference. These opinion polls, in turn, reflect the information bubble created by the Russian government.

For example, a survey conducted by the Russian Public Opinion Center in 2014 found 80 percent of Russians supported Russia going to war to ensure that Crimea became part of Russia instead of Ukraine. Two years later, 96 percent of Russians agree that “Crimea is Russia.”

Since the takeover of Crimea, public support for President Putin and his foreign policy has remained high. According to the Levada Center, Putin’s approval rating has ranged from 80 to 90 percent since March 2014. Another survey found that 64 percent of Russians approve of Russia’s confrontational foreign policy toward Ukraine since 2014.

Russian ethnic nationalism, promoted by the government-controlled media, has also grown among the Russian public over the last 15 years. In another recent survey conducted by VCIOM, nearly two out of five Russians believe the government’s primary foreign policy goal should be to bring back the superpower status of the USSR. On the same survey, the most frequently cited (29 percent) barrier keeping Russia from being one of the leading countries in the world was resistance from the United States and European Union.

The influence of Russian media, however, is only half of the equation explaining the foreign policy preferences of the Russian public. The other half is a natural psychological process called “motivated reasoning” that commonly occurs among Americans as well. When we have strongly held beliefs, we tend to discount or avoid information that may somehow counter these beliefs.

For many Russians, pro-government or strong nationalist sentiment may act as mental screens that increase the persuasiveness of Russian media and increase resistance to other points of view. While recognizing the limits created by these screens, our study asked if Russian public opinion about Russia’s foreign policy would be different if the public was exposed to independent information about its costs.

Our study recruited 1,349 Russian internet users in March 2014. This was during the height of the Crimean conflict. Participants were randomly assigned to two groups.

After exposure to these hawkish or cost “primes,” participants were asked the same set of questions about their support for Russia’s intervention in the Crimea. In addition, we asked participants how much they supported the Putin government and the importance of their Russian identity. Participants also told us the frequency of both their Russian and Western media use.

We learned that leading Russians to consider the costs of Russian foreign policy significantly reduced support for Russia’s intervention in Ukraine. This influence, however, was limited to those with low to moderate nationalistic identity or partisan support for Putin.

What are the public diplomacy implications for countering Russian disinformation for the United States, European Union, and NATO? Psychology literature and our findings suggest two message strategies for correcting Russian beliefs.

One approach would be to promote messages designed to affirm Russian nationalist identity while also providing information about the costs of Russia’s aggressive intervention in the region. For instance, a Russian version of Donald Trump’s nationalist “Make America Great Again” campaign that critiques the costs of foreign military involvement while arguing for allocating resources domestically instead.

A second strategy would be to counter hawkish Russian messages with new information that’s not closely tied to national identity or political attachment. Research shows that individuals are more likely to change their beliefs if they can do so without rejecting core values. However, this strategy may hard to put into place considering that Russia’s foreign policy is increasingly framed in ethno-nationalist terms by the government and Russian media.

One strategy to avoid is encouraging nationalistic Russian audiences to reflect about the benefits and costs of Russian foreign policy. Ironically, research indicates that such deliberation leads to more motivated reasoning, not less. In fact, this type of strategy may lead to a “boomerang effect,” creating even more public support for Russia’s hawkish agenda.

Promoting public buy-in to a democratic peace in authoritarian countries may be difficult, but not impossible. Public diplomacy efforts based on sound social science can have an impact on Russian public opinion and increase its resilience to manipulation by the Putin government. Even in an autocracy like Russia, public opinion has the potential to temper aggressive foreign policy agendas. Shaping public opinion through messages that highlight the costs of conflict is an important first step.

CPD Editor's Note: This piece originally appeared in The Conversation.

Photo by Dmitry Terekhov I CC 2.0