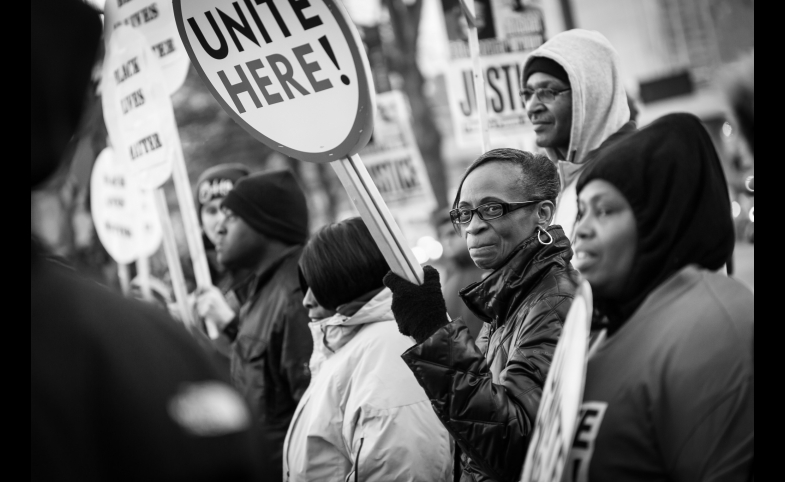 The Hamilton Mixtape and American Image

A year after the hip-hop musical Hamilton broke records to become a worldwide phenomenon and vessel for American soft power, playwright Lin-Manuel Miranda has partnered with Questlove, of the band The Roots, to release The Hamilton Mixtape, a musical compilation of covers and original songs inspired by the musical.

With artists such as Nas, Chance the Rapper, Sia, Busta Rhymes, John Legend, Queen Latifah, and more on the mixtape, Miranda is not only expanding the impact of the show, but also introducing audiences still new to hip-hop to some of the genre's most prominent players. In placing Hamilton's story in their hands, the story of America's founding father has inspired songs of political struggle and triumph, as well as songs relating to the human experience of identity, idealism, and heartbreak. In particular, the mixtape is continuing the conversation on America's founding ideals and what the country signifies today. One of the more timely tracks is "Immigrants", featuring K'naan, Snow tha Product, Riz MC, and Residente. Miranda describes the track as "a musical counterweight to the xenophobia directed toward the U.S. immigrant population in recent months due to the 2016 presidential election."

The full album is set to drop December 2nd, but "Immigrants" (among other tracks) is available now for streaming.

Music and Diplomacy from the Early Modern Era to the Present is a book edited by Rebekah Ahrendt, Mark Ferraguto, and Damien Mahiet which delves into the topic of music diplomacy by analyzing historical and contemporary...