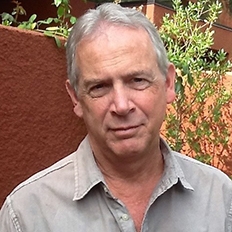 Dr. Robert Banks joined the U.S. Foreign Service in 1983. During his 28-year career as a Public Diplomacy (PD) practitioner, he served as Assistant Executive Officer in Bonn, West Germany; Deputy Public Affairs Officer (PAO) in Nicosia, Cyprus; Assistant Press Attaché in Seoul, Korea; East Asia Policy Officer in the Worldnet Television and Film Service; Press Attaché in Managua, Nicaragua; Cultural Attaché in Seoul; Examiner for the Foreign Service oral entrance exam in the Bureau of Human Resources; Planning and Coordination Officer in the Office of Public Diplomacy in the Bureau of Western Hemisphere Affairs; PAO in Buenos Aires, Argentina; State Department Chair on the faculty of the Marine Corps War College in Quantico, VA., where he taught regional studies; and U.S. Public Diplomat in Residence at the University of Southern California’s (USC) Center on Public Diplomacy. Following his retirement from the Foreign Service, he taught PD as an Adjunct Professor in USC’s Master of Public Diplomacy Program. He is currently a Clinical Associate Professor of Public Diplomacy at the Annenberg School of Communications and Journalism at USC and a CPD Faculty Fellow. Banks authored CPD Perspectives, "A Resource Guide to Public Diplomacy Evaluation," in 2011, and served as the Guest Editor for the CPD Perspectives.