Home|Culture Posts: Between Image and Identity 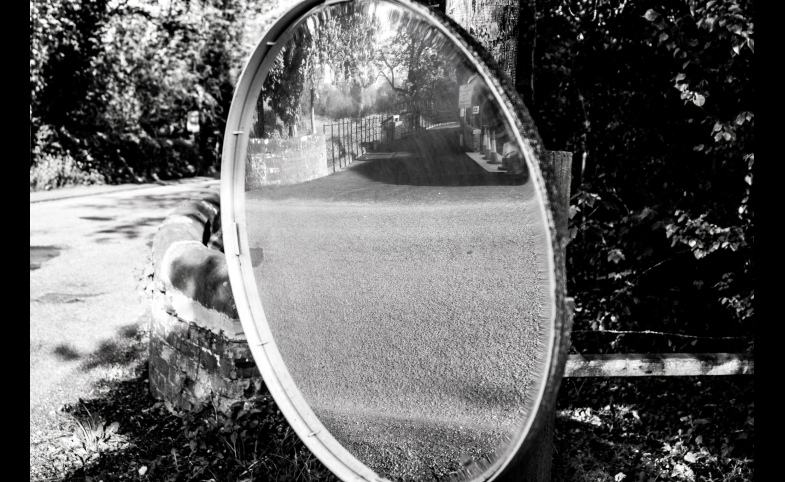 Culture Posts: Between Image and Identity

In looking over the CPD highlights of 2015, I was struck by the recurring themes of image and identity. Public diplomacy as a communication dynamic is inherently about how actors see themselves (identity) and how they are seen by others (image). What is surprising is the appearance of an emerging third sphere. As publics become more active in the equation of “public” diplomacy, their influence reveals a public-centric perspective of state identity. This new identity dynamic has multiple implications for public diplomacy.

The legacy of U.S. public diplomacy over the past decade has etched a well-worn path to image promotion. The 9/11 attacks that ignited the surge of interest in public diplomacy was largely perceived as an image problem. As then U.S. president Bush said during a press conference shortly after 9/11: “I am surprised that there is such misunderstanding of what our country is about … we’ve got to do a better job of making our case.” The solution to the image problem was image promotion.

Image promotion is dominant in Story #3, "British Refocus on Soft Power," and Story # 6, "China’s African Audience." Both stories stress building a positive image in the eyes of the public, with identity as a sub-text.

Identity is not as prominent as image in public diplomacy. Yet identity, like public diplomacy, assumes a state-centric perspective. States define themselves and other states for the public in "public" diplomacy.

In international relations, image and identity are often used interchangeably. Anthony Smith speaks of multiple identities stemming from the various national attributes and features. In public diplomacy, states have linked values to identity.

In communication studies, identity and image are often distinguished along an internal and external dimension. Identity is internal or the core of “who we are.” Image is external, or “how others see us.” Buhmann and Ingenhoff of Fribourg University extended the internal dimension to “national” and domestic publics for identity, and external to “international” and foreign publics for image.

There are two stories that extend beyond image promotion to identity transformation for the state. Story #8, "Australia Hosts the Asian Cup," aligns with Australia’s expressed identity goal to achieve recognition as “an honorary Asian nation.” Story #10, "The Tunisian Model of Post-Revolution Peace," is a powerful identity statement of hope, given that Tunisia birthed the Arab Spring.

In addition to state-centric identity, an additional identity sphere is forming from an experiential, emotional and public-centric perspective.

In communication studies, emotion has received ample attention. But emotion is seen rather myopically through Aristotle’s rhetorical lens of pathos as a tool of persuasion. In international relations studies, emotion has been largely overlooked, as Sarah Ellen Graham noted. Yet emotions can powerfully define identity, and with it allegiance.

On a gut level, the idea of “identity” is also something people intuitively experience. This experiential dimension is another important dimension of the public-centric perspective. Former Ambassador Alisher Faizullaev suggested that people’s experience with states leads to them to anthropomorphize or give state actors human qualities. He distinguishes this conventional human approach with the abstract conceptual approach scholars use to define states.

Understanding emotional and experiential dimensions of “what a state is” or state identity from a public-centric perspective may be more appropriate for “public” diplomacy, especially global public diplomacy. While state boundaries may be fixed, today’s publics are not. States can no longer link identity to internal-domestic publics. Diaspora publics, clearly external, may be as emotionally and experientially connected to a state as the domestic public. Alternatively, adversarial domestic publics may pose a greater PD challenge to a state’s legitimacy than a distant foreign public.

The experiential, emotional and public-centric identity of states defines the top story of 2015. Story #1, "The Diplomacy of 'Global Cities,'” is not just about “massive populations,” it is about active and emotionally invested publics. Derek Bolton captured this emerging dynamic in his CPD blog on subnational identities last year. We would do well to watch for its growth in the coming year. 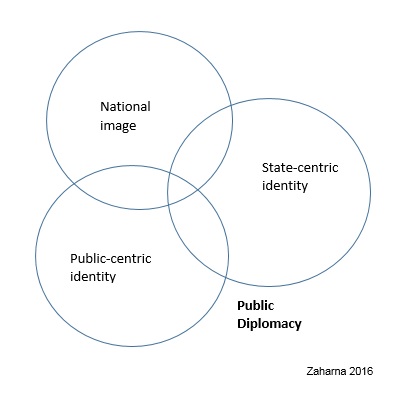 First, PD practitioners need a keener awareness of the multiple spheres. Image may be the most prominent sphere, but its dominance should not obscure the identity spheres. One reason why “engagement” may be so appealing – and yet so elusive – is because it taps the experiential and emotional dimensions of public-centric identity. An awareness of both image and identity may yield a better PD vision and results.

Second, the image sphere may be the easiest to work with and sell to policy makers. However, the deeper levels of public-centric identity may be more powerful. Whereas image promotion may grab attention, identity resonance may spawn allegiance and action.

Counterterrorism efforts appear focused on the image sphere (Story #2 – "Tweeting Against Violent Extremism"). Countering gory images or ideological messages may resonate with state-centric identity goals. Yet they may miss why alienated youth readily identify with a violent state actor on emotional or experiential levels.

* My thanks for the assistance of Sindhu Manjesh (PhD candidate) and Erica Diya Basu (MA candidate), School of Communication, American University.

Sarah Ellen Graham from the University of Western Sydney, recently published her paper: "Emotion and Public Diplomacy: Dispositions in International Communications, Dialogue, and Persuasion" in the International...