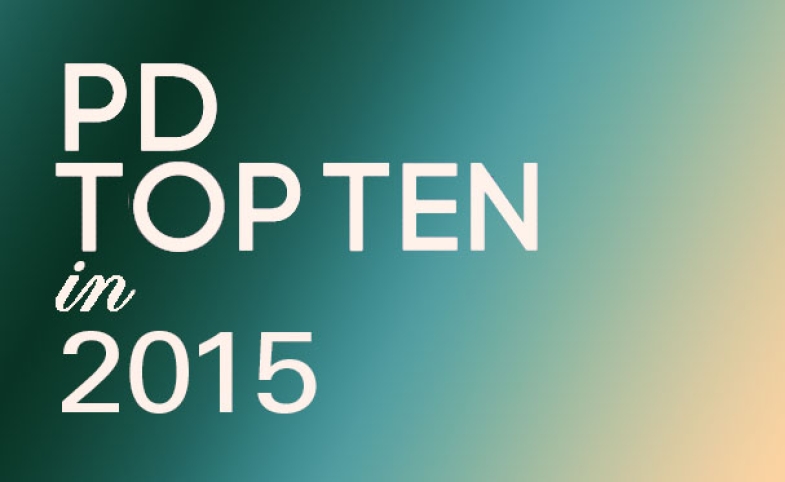 1-The Diplomacy of “Global Cities”

This year saw the rise of the “global city” as non-state actor, in which major cities are playing an increasingly prominent role in international relations. Moving beyond nations’ capitals, the traditional sites of official diplomacy, these global cities with their massive populations bring their close relationships with local corporations, NGOs, civil society organizations, and, of course, citizens to the table, making them powerful new players in domestic and foreign public diplomacy.

Terrorist attacks in Paris, Nigeria, Egypt, Iraq and beyond in 2015 drove home the need for states to more effectively counter violent extremism. Several countries, including the U.S., launched social media campaigns designed to offset ISIS’ messaging and stem the tide of extremist recruitment, thus far with less than stellar results.

Recognizing the need to further enhance its soft power, the British Government decided to restore funding to the BBC World Service over the next five years, sanctioning broadcasting initiatives to North Korea and Russia. Britain has also expanded its cultural diplomacy efforts in Asia and is working to increase its influence across the Middle East.

The Syrian refugee crisis dominated the news in 2015, with story after story of refugees being denied entry to various countries where they sought safety. Canada presented a different narrative. Led by Prime Minister Justin Trudeau, its current administration has attained a new level of soft power and global appeal based on its warm welcome of Syrian refugees.

5-Digital Diplomacy and the Iran Deal

Alongside the traditional diplomacy conducted between foreign ministers, diplomats, and presidents during the nuclear negotiations with Iran, various heads of state engaged in digital diplomacy to keep the public apprised of progress during the talks—occasionally breaking stories well in advance of the news media. Opponents of the Iran Deal, such as Israel and Saudi Arabia, conducted digital diplomacy campaigns of their own.

In addition to its many development projects in Africa, China is seeking to enhance its influence on that continent through international broadcasting. Chinese state-run media claims that their TV shows are all the rage among African viewers. Whether or not this is true, it is evidence that the Chinese government is aiming to grow its soft power through cultural diplomacy initiatives.

For the third year in a row, Pope Francis has made CPD’s Top Ten PD Moments of the year. The Pope’s strategies to create a more favorable view of the Vatican that will increase the Catholic Church’s soft power in the long term continue to impress. Two years after his swearing in, Francis visited the United States for the first time, arriving in a symbolic flight to the U.S. from Cuba, and speaking on global challenges around inequality as they relate to American domestic policies.

The 2015 AFC Asian Cup was hosted by, participated in, and won by Australia, demonstrating that at least according to the Asian Football Confederation, Australia may be considered an honorary Asian nation. The tournament offered Australia opportunities to engage with Asian publics through sport, to generate goodwill, and to strengthen international friendship.

The 2015 United Nations Climate Change Conference yielded the Paris Agreement, widely regarded as a historic victory for the UN as well as the various stakeholders who participated. Through their active engagement, NGOs, indigenous peoples’ groups, corporations and alliances of small nations played critical roles in reaching the Agreement.

10-The Tunisian Model of Post-Revolution Peace

This year’s Nobel Peace Prize went to the Tunisian National Dialogue Quartet, a coalition of civil society organizations, for its efforts to build a pluralist democracy and create a “roadmap” toward peace. The Quartet is an asset to Tunisian soft power and possibly a leader by example for other conflicted countries in the region. Above all, the receipt of the Peace Prize shines a positive light on a country that is still challenged by the aftermath of the Arab Spring and a victim of violent extremism. 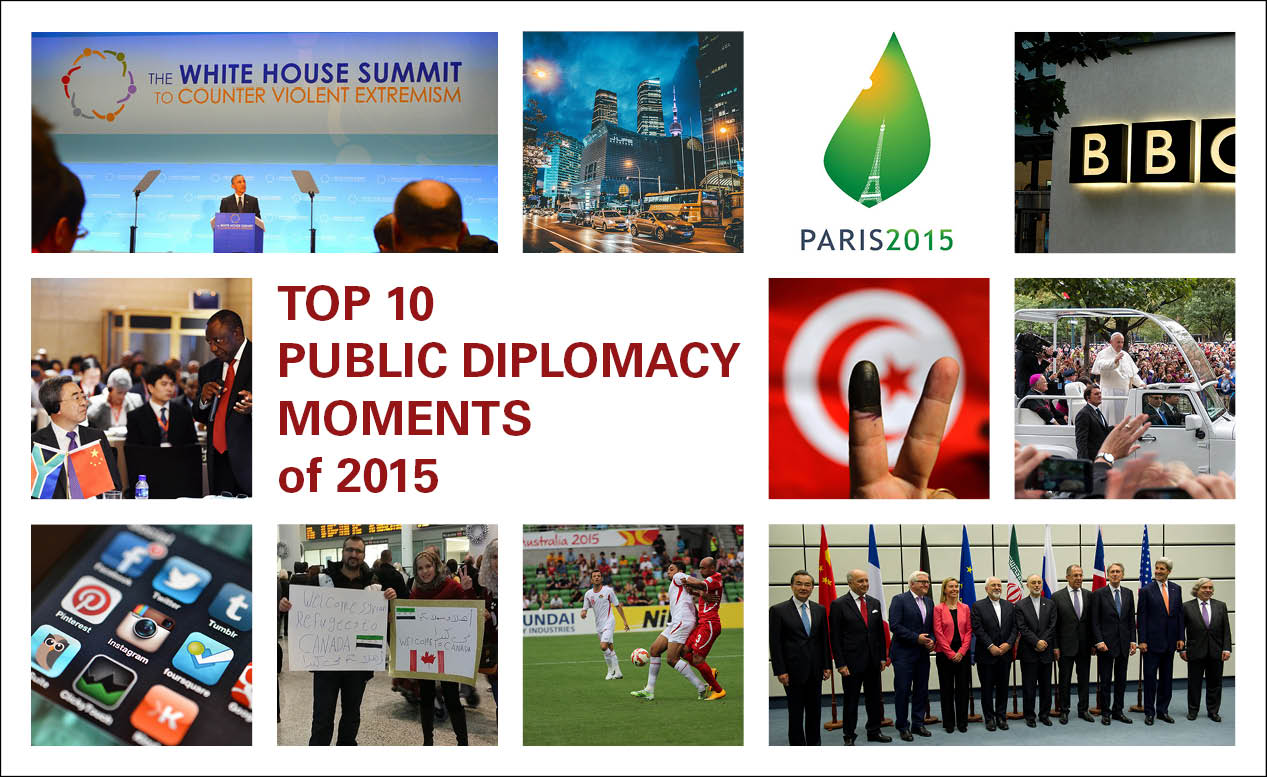 On a daily basis, CPD aggregates English-language public diplomacy (PD News) stories from around the world. This year, we collected more than 2,100 stories which were subsequently used to identify the major public diplomacy events of 2015. To select the top ten, we convened a panel of international experts from all regions of the world and asked each to choose the most significant PD stories of 2015 from a list of 50. From the panelists’ choices, we ranked the top 10 stories based on the number of votes, comments, and global PD significance.

To narrow our list of about 2,100 stories to 50, we took into account the following factors: the frequency of the story’s coverage in various news sources, the implications of the public diplomacy event, the credibility of sources, and the frequency of an actor’s participation in public diplomacy activities (either as the initiator or receiver of public diplomacy). CPD staff then reviewed the stories to ensure that the full spectrum of PD content across the broadest geographical regions was represented and that they included various types of PD initiatives (cultural, governmental, non-state activities, etc.).