Home|Digitize This!: Making Sense of the Organizational Culture in MFAs in the Digital Age 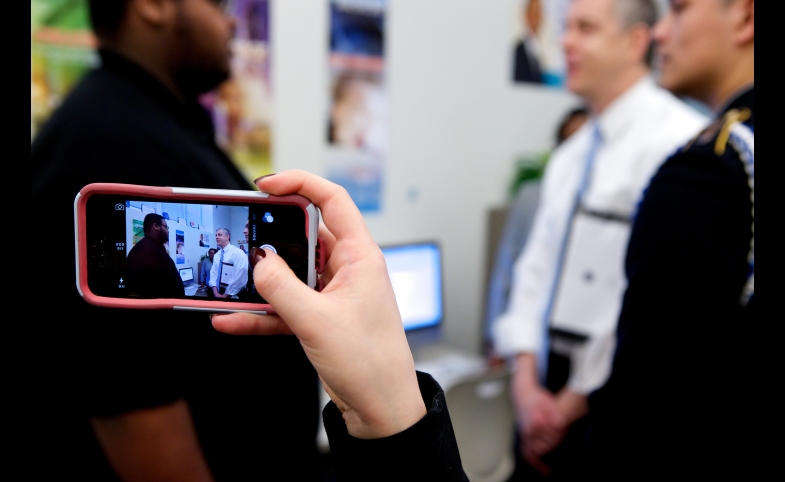 Digitize This!: Making Sense of the Organizational Culture in MFAs in the Digital Age

Studies of (digital) diplomacy often treat Ministries of Foreign Affairs (MFA) as “black boxes” of bureaucratic activity, which interact with each other by promoting and negotiating clearly defined interests. This view makes sense, to a certain extent, given MFAs’ role as hubs of foreign policymaking. From a diplomatic perspective, one could thus argue that what matters is the policy statement that comes out from a MFA, not the internal process by which the foreign policy (FP) is drafted, packed, and delivered. At the same time, a closer look at MFAs' organizational cultures may provide useful insights concerning the less visible features of FP products such as consistency, novelty, flexibility, inwardness etc. This kind of knowledge can prove highly instrumental to diplomats in their efforts to follow through or react to certain policies. Geert Hofstede, a leading scholar in the field, defines organizational culture as the way in which members relate to each other, to their work, and to the outside world. If Hofstede is right, then organizational culture is a critical factor that shapes the behavior, and by extension the policy, in an organization.

Despite suffering from analytical neglect, studies of organizational cultures in MFAs promise to bring a fresh perspective to the process of FP design and implementation.

The first dimension refers to artifacts, which includes all the phenomena that one would see, hear, and feel when one encounters a new group with an unfamiliar culture, such as technology, language, style, architecture etc. (Schein: 23). In the case of digital diplomacy, this layer refers, for instance, to the social media platforms used for online engagement and the style of digital communication. The more diverse the former and the more engaging the latter, the more likely an MFA is to demonstrate a high level of digital innovation and sophistication. The impressive global social media presence of the U.S. State Department stays clearly in contrast with that of many other MFAs, a fact that speaks well in favor of its resourceful digital culture. Controversial digital messages may also shed light on the level of rigidity of the organizational culture (see the tweet exchange below between the Canadian and Russian delegations at NATO), but as Schein insists, it would be a mistake for us, the outsiders, to make generalizing assumptions from artifacts alone because such interpretations are inevitably projections of our own feelings and reactions to the case (Schein: 25).

The alternative is to move down to the second level of cultural analysis, which examines the espoused values, norms, and rules on the basis of which solutions to day-to-day problems are being devised. These values, which are often embodied in the organizational philosophy, serve the normative function of guiding members of the group in how to deal with certain key situations, and in training new members in how to behave (Schein: 27). The codes of digital practice that MFAs have started to develop in recent years are supposed to do exactly that. The Swiss Federal Department for Foreign Affairs (SFDFA) has identified, for instance, 10 conditions for the initiation of a social media presence by representations abroad, ranging from the use of social media on a long-term basis as a supplementary channel of traditional communications, to the implementation of the concept for quality assurance and statistical measurement of success (SFDFA 2013:7). The British FCO  appears to favor a more hands-off approach, by encouraging diplomats to use social media, but without “contradicting HMG policy or being politically partial, bringing the office into disrepute, divulging classified information, taking part in illegal or inappropriate behavior, or breaching the Civil Service Code or the terms of employment in any other way.” The second layer of cultural analysis thus offers a deeper understanding of the emerging digital cultures in MFAs and it may also help highlight possible points of tension between espoused values and artifacts.

The third dimension of cultural analysis deals with the basic assumptions that guide behavior in a taken-for-granted, non-debatable manner and tell group members how to perceive, think about, and feel about things. They are likely the result of repeated and successful testing of espoused values and play a critical role in defining the character and identity of the group (Schein: 28). This is arguably the most important cultural layer as it conditions the members of the organization to unconsciously follow well tested rules, norms and procedures. It is therefore at this level where conflict between conventional and digital cultures in MFAs is most likely to occur. As Stuart Murray (2015) insightfully notes in his examination of the digital divide between the U.S. State Dept. and the Australian DFAT, a history of innovation, reform and openness to new is likely to make a big difference to whether MFAs will perceive digital technologies as a threat or an opportunity for diplomacy.

To conclude, despite suffering from analytical neglect, studies of organizational cultures in MFAs promise to bring a fresh perspective to the process of FP design and implementation. Examinations of the digital culture in MFAs stand to benefit, in particular, from this approach as a good understanding of the basic assumptions, espoused values and observable artifacts could reveal important facets and limitations of digital diplomatic strategies.

Swiss Federal Department of Foreign Affairs (SFDFA), Use of Social Media in the FDFA; Strategy / Concept and Guidelines for Swiss Representations Abroad (1 May 2013)

Photo by U.S. Department of Education I CC 2.0