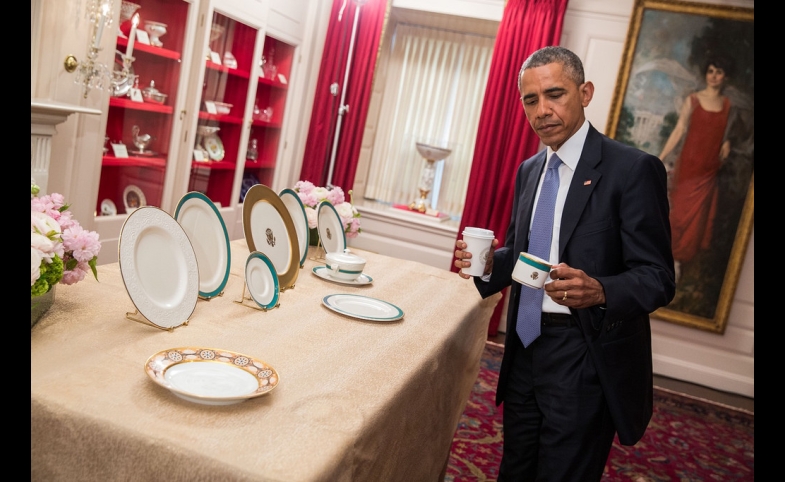 “States receive so much benefit from uninterrupted foreign negotiations,” Cardinal Richelieu, the founder of the first-ever professional diplomatic service, once argued, but the nature of the much praised “benefit” has not always been clear.

As I have argued elsewhere, diplomacy, at its core, is about relationship management and maintaining international order. At the micro-level, this translates into diplomats building and managing relations of friendship. At the macro-level, diplomacy contributes through its core functions of representation, communication and negotiation to producing and distributing global public goods (security, development, sustainable environment, etc.) Diplomatic success is therefore arguably an equal matter of maximizing the number of allies and friends and reducing that of enemies and rivals on the one hand, and of creating a stable and self-sustainable international order, on the other hand. However, what is less clear is how diplomats can actually accomplish these worthy undertakings. What exactly do they need to do in order to live up to these expectations, especially since their profession is going through some critical transformations with respect to the nature of the actors, issue areas, and methods of diplomatic engagement? Put differently, what is the value of diplomacy in the 21st century?

We are witnessing a multiplication of diplomatic actors in Europe as well as worldwide. The field of diplomacy is no longer populated just by representatives of foreign services, but also by representatives of other ministries, multinational corporations, civil society organizations, and even influential individuals who do not represent a particular state, organization or corporation. As insightfully noted by the authors of the Future of Diplomacy Report (2013), the nature of the national diplomatic environment is changing from one which privileges the role of the Ministry of Foreign Affairs (MFA) to one which places it within a broader construct—that of the national diplomatic system (NDS), which covers the complex network of governmental and non-governmental institutions that inform and shape a country’s international policy objectives. Assessing the value of diplomacy in this context is no longer an issue of measuring solely MFA performance. It has to involve a more sophisticated analysis of mapping and comparing NDS configurations that prove most conducive to addressing and managing core files of foreign policy. The European refugee crisis has shown, for instance, how important it is for MFAs to collaborate with local NGOs, charities, international institutions (such as the UNHCR), aid agencies, and industry groups in order to make sure that countries’ immigration policies and their humanitarian commitments remain reasonably aligned with each other.

Diplomacy, on the one hand, and regional and global governance, on the other, are inextricably intertwined. As a key mechanism of regional and global ordering, diplomacy increasingly gets involved in issue areas that, until quite recently, had been primarily dealt with at the domestic level (economics, environment, health, migration). Most critically, many of these issue areas mutually influence each other, and consequently, they are often discussed in the same breath in international fora (e.g., migration and security, environment and trade, economics and health etc.). What this means is that the value of diplomacy may not be properly captured by sector-specific measures, but rather by compact-sensitive tools that take into account the complementary and added value of integrated issues areas. For example, the 3D concept (Diplomacy, Development, and Defense) put forward by the U.S. Department of State in collaboration with USAID and the Department of Defense recognizes the mutually-reinforcing capacity of the three dimensions and seeks to leverage their joint potential through combined strategic planning. One could probably add “Digital” as the fourth logical extension of this approach (4D), as digital technologies are becoming indispensable tools for conducting diplomacy, promoting development, and boosting defense.

What needs to change is our method of assessing the mechanisms by which these objectives can be reached.

The multiplication of actors and issue areas also changes the ways diplomats do their work. It changes both their daily practices and their methods for handling international negotiations, public engagements and situations of international crisis. The 2015 Quadrennial Diplomacy and Development Review (QDDR) calls attention, for instance, to the fact that the fluid nature of global events requires the U.S. State Department to respond quickly and to deploy expertise whenever and wherever it is needed. The 20th century mantra of diplomats being able to excel in their work as long as they had a strong sense of history and a good grasp of general economic, political, and international issues is no longer sufficient. Rather, professional aspects of diplomacy can be found in a range of different occupational roles requiring multiple competences and trans-professional skills (strong leadership qualities, good analytical intuitions in economics and data science, proven negotiation abilities, deep know-how of organizational management etc.) Good diplomatic performance is therefore not only an issue of suitably linking capacities to outcomes, but also of demonstrating the capacity and talent to do this in a way that embraces multi-tasking, welcomes improvisation, controls uncertainty and complexity, and maximizes real-time impact. In short, the method of evaluating diplomatic performance must take note of the hybridity of professional competences required to function efficiency in the diplomatic environment of the 21st century.

To conclude, the core mission of diplomacy to manage relationships and maintain international order has hardly changed in the 21st century. What needs to change is our method of assessing the mechanisms by which these objectives can be reached. A stronger focus on the strength and efficiency of national diplomatic systems, on the added value and degree of compactness of integrated issues areas, and on the level of hybridity of professional competences and skills required for delivering results in a dynamic environment, could offer a more balanced perspective to understanding the value of contemporary diplomacy.

Photo by Amanda Lucidon I CC 2.0

The future is now. The economic crisis has sped up globalization, and we are already living in a new era. The strength of the BRICS countries has to compete with growth in the “double MIT” (Mexico, Indonesia, Turkey and...