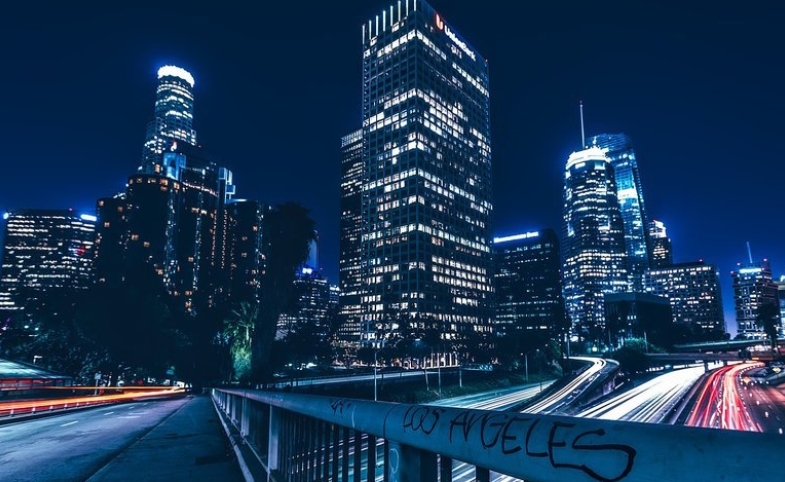 Action happens where the rubber hits the road: cities. The gridlock in Washington, D.C., is disheartening, but action-oriented pragmatic mayors who are not as constrained by party politics have become a beacon of hope. Cities are not signing international treaties, nor do they have embassies around the world. However, cities are influencing global politics, specifically because they have implementation power and because some, such as Los Angeles, are home to powerful business, technology and cultural communities.

This spring, LA Mayor Eric Garcetti’s office held an event with Starburst Accelerator, a global startup accelerator dedicated to the field of aerospace and headquartered in Los Angeles. Attendees included LA-based industries that are interested in pushing the policy boundaries in aerial mobility, adoption of drones and unmanned aerial systems in general. The global dimension of such a policy push is not often discussed, so it is worth drawing attention to this opportunity for Los Angeles to further enhance its global image.

The global influence of cities is apparent when the topic of conversation is climate change. But technology adoption policies are becoming just as mainstream and intertwined with a city's global image and influence as climate change is today. Examples include the adoption of drones and self-driving cars. Cities care about this because they will feel the impact first and foremost. The lives of their citizens will change, for better or for worse, with technology adoption. Additionally, even if the federal government may not support or may not have policies prepared in time, cities will begin implementation on their own. Before you know it, tech policies may be adopted globally, one city at a time. Los Angeles has the opportunity to enhance its image as a global leader in this policy area.

It’s worth noting that members of the Los Angeles Consular Corps were among the audience at the Starburst Accelerator event. Startups from France, the UK and Japan, looking to transplant their business to Los Angeles, were greeted warmly by Garcetti. Respective consul generals were interested in how Los Angeles plans to champion the adoption of unmanned aircraft systems (UAS) and the future of urban air mobility.

Before you know it, tech policies may be adopted globally, one city at a time.

The event was an excellent example of how "glocal" public-private partnership becomes the vehicle for advancing a city’s global influence, i.e. city diplomacy.

Cities form networks, engage in dialogue with counterparts, share best practices and encourage collaboration between international private and public entities. Cities engage stakeholders and offer practical solutions to implementation challenges. This event was a great example of such collaboration spearheaded by Los Angeles. Representatives from various public departments sat at tables together with tech startups and foreign dignitaries to discuss implementation opportunities. Los Angeles was present in all such conversations.

Imagine how this trend grows to become a network of cities that work together for the adoption of drones or self-driving cars. They might begin with implementing these policies at the local level, but with a global vision and network, their agenda is much more likely to be adopted internationally, one city at a time. This is what I call the increasing global influence of cities. Los Angeles—being home to aerospace heritage as well as to newcomers like SpaceX—is well positioned to be at the forefront of this growing global movement.

It is perhaps inevitable that our national hard power is exerted and controlled by Washington, but our soft power assets, for better or worse, go beyond the U.S. Department of State’s initiatives. Additionally, as technology enables industrial growth, a new frontier in cyber and space opens a battleground for conflict, one where cities that are home to such technological advancements have an edge to further buttress their soft (and hard) power assets. This power goes beyond just a charm offensive. This is power to change global trends and policies.

In our globalized, hyper-connected world, more unconventional actors are entering the arena of global politics and diplomacy. The system is becoming less hierarchical and more inclusive, with networks of non-state and sub-state actors. While it remains true that the primary driver for city diplomacy has been trade, new objectives are being added to the list: the influence that city residents hope to have on global politics, especially when their priorities are different than those of their fellow country(wo)men. In the case of Los Angeles, the aerospace industry constituency will likely pursue its global policy objectives through local ties.

Attention to a city’s role in global affairs is not a new thing. Historically, before the notion of "country" existed, cities were the ruling capitals of the world. In more recent years, we have seen a modern approach to city ties, such as sister city programs. Today, these networks are becoming more strategic and policy focused. City diplomats today prioritize the global interests of the local population, especially when the federal government fails to do so. This time, the primary objective of city diplomacy might not be set by the federal government, but vice versa: city diplomacy might influence national policies.

Considering the effects of globalization as well as advancements in communication and transportation technologies, cities’ new and improved global role is one to watch closely.

Traditional theories and practices in international relations are not enough to explain what is happening around us today. We need to understand international affairs in its current context and with an eye on the rise of unconventional actors winning hearts and minds, punching above their weight and influencing international policy in ways that were previously unfathomable. As a proud Angelena, I am rooting for my city to lead by example.

Note from the CPD Blog Manager: This piece originally appeared on the Pacific Council on International Policy's website.