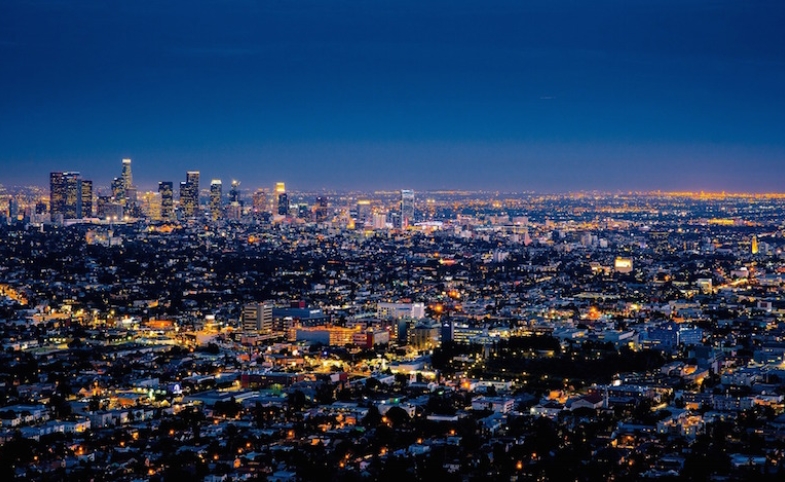 Progressive city leaders in the United States are making concerted efforts to confront the reality all Americans must face in 2018: globalism. If it hasn’t already, it will become part of our identity.

This is perhaps demonstrated best in Los Angeles—a hub for cultural diversity that boasts having the third-largest population of foreign-born citizens in America, according to research by the Martin Property Institute. With over 200 languages spoken throughout the city’s rich cultural enclaves spanning from Koreatown to Little Ethiopia, it is clear that Angelenos are deeply rooted in cosmopolitan urbanism.

At the head of this phenomenon is Mayor Eric Garcetti, who recently added an office at City Hall dedicated specifically to global policy.

As archetypes of collective human effort, cities have a responsibility to recognize globalism for what it is: an all-encompassing phenomenon. Los Angeles is among the urban leaders contextualizing this into local offices—welcoming the rest of the world to follow in the process.

This summer, I had the privilege of interning in the Office of International Affairs, or MOIA, where I aided in the development of our communications strategy. Through USC’s Center on Public Diplomacy, I served as a CPD-MOIA Summer Associate for the office. Initially, my position began with the emphasis of preparing for the 2028 Summer Olympic Games—helping analyze the office’s goals and defining City Hall’s priorities for the next decade. As evidence to a horizontally organized workplace, I also found myself creating presentations that explained the overall functions of MOIA and its place in Los Angeles to help further integrate the office with the City Hall family.

Overall, the goal of MOIA is to showcase LA as a culturally diverse city that includes global concerns as a part of city planning. This might be through promoting UN Sustainable Development Goals, fostering connections with global city leaders, or creating a welcoming backdrop to host the world for the 2028 Summer Olympic and Paralympic Games.

In August of last year, Garcetti appointed Nina Hachigian to lead MOIA—becoming the first Deputy Mayor of International Affairs in the United States. Serving as the U.S. representative to the Association of Southeast Asian Nations under the Obama administration, Hachigian came into the job already equipped with experience in global troubleshooting.

The birth of MOIA follows steps other U.S. mayors have taken to establish their presence on the global stage. Mayoral offices of international affairs in both New York and Houston have already promoted globalism within their cities’ infrastructure. Mayor of New York City Bill de Blasio, for example, has used New York’s membership in C40 to introduce plans for reducing greenhouse gas emissions and promoting private-sector investment in sustainability strategies.

Localized globalization is also not exclusive to the United States. Across the world, city leaders are meeting to discuss the best methods of incorporating their neighborhoods to the global network. NGOs such as the C40 Climate Leadership Group, the City Mayors Foundation and the United Cities and Local Governments are relatively new groups that are dedicated to this connectivity. Here, mayors are able to discuss the best way of achieving shared international goals, ranging from sustainability to transportation projects or greater diversity awareness.

International concerns are rippling into local governments perhaps now more than ever. Climate change and a burgeoning refugee crisis knock louder on our doors each day. Meanwhile, digital communication flings citizen rhetoric into the chaotic, free-for-all realm of the internet.

As archetypes of collective human effort, cities have a responsibility to recognize globalism for what it is: an all-encompassing phenomenon. Los Angeles is among the urban leaders contextualizing this into local offices—welcoming the rest of the world to follow in the process. In a global society, we are no longer isolated. We shouldn’t expect our cities to be either.

Eric Garcetti is the 42nd Mayor of Los Angeles. Before becoming Mayor, he served as President of the Los Angeles City Council from 2006 to 2012. Garcetti is a fourth generation Angeleno, raised in the San Fernando Valley. He...