The House Foreign Affairs Committee came out swinging this morning in its hearing titled “Broadcasting Board of Governors: An Agency ‘Defunct.’” Chairman Ed Royce laid the groundwork in his introductory remarks, offering an overview of the BBG’s legislative origins and the proud history of U.S. government broadcasters that helped the West win the Cold War. The point – much like the hearing’s title – was not subtle, but it was important: The salad days of U.S. international broadcasting (USIB) are long past and the current administrative structure, under the purview of the BBG, does not work.

A memo circulated to Committee members prior to the hearing noted that the BBG is “a chronically troubled government agency.” On that there is widespread agreement. Witnesses at the hearing -- James K. Glassman, S. Enders Wimbush and D. Jeff Hirschberg -- offered a range of suggestions for improvement, some overlapping, some mutually exclusive, but all apparently open for debate: Put all of U.S. international broadcasting under the State Department; put it all under the National Security Council; put it all under a private-public partnership; eliminate the distinction between surrogate and non-surrogate broadcasters; maintain the distinction between surrogate and non-surrogate broadcasters; eliminate duplication of language services; ensure complementarity among duplicated language services; make it more difficult for USIB decisions to be reversed by Congress; make USIB more responsive to Congress; ensure coordination with the Department of State; do not subject USIB State’s internal approval processes. The list goes on. 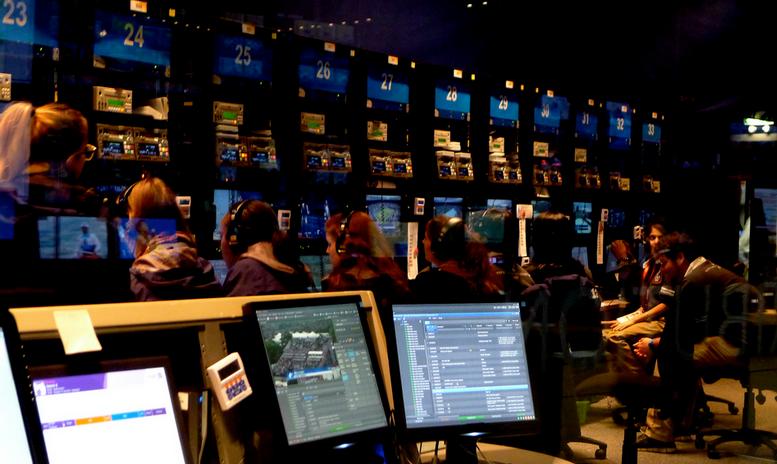 Several themes emerged from the hearing: First, there is a desperate need for professional management over the entire U.S. international broadcasting stable. Second, the need to maintain journalistic standards among all the broadcasters is paramount. Finally, the broadcasters need to serve American foreign policy goals. As Glassman declared “Good journalism is not the end, but the means.” Indeed, this was part of acting chairwoman Ileana Ros-Lehtinen’s closing remarks when she reminded those gathered that the BBG’s mission is to promote “freedom and democracy.” She suggested the problems facing U.S. international broadcasting today do not stem from the BBG’s mission, but rather, from how the BBG performs its mission.

Today’s event on Capitol Hill broke no new ground in the debate about how to address well-recognized difficulties in the operation of U.S. international broadcasting. But the hearing carried tremendous symbolic importance: First, the subject of USIB was the focus of a nearly two-hour hearing of the House Foreign Affairs Committee. Second, discussion took as a given the litany of problems increasingly associated with the BBG, evidenced in everything from the reports of outside consultants, to consistently low employee morale, to damning GAO and OIG accounts of the status quo. Finally, both members and witnesses spoke directly about the role of USIB as part of America’s public diplomacy efforts, thus successfully framing any future hearings, debates and legislative action as more than just requisite Congressional oversight but as real foreign policy imperatives. And that is a step in the right direction.