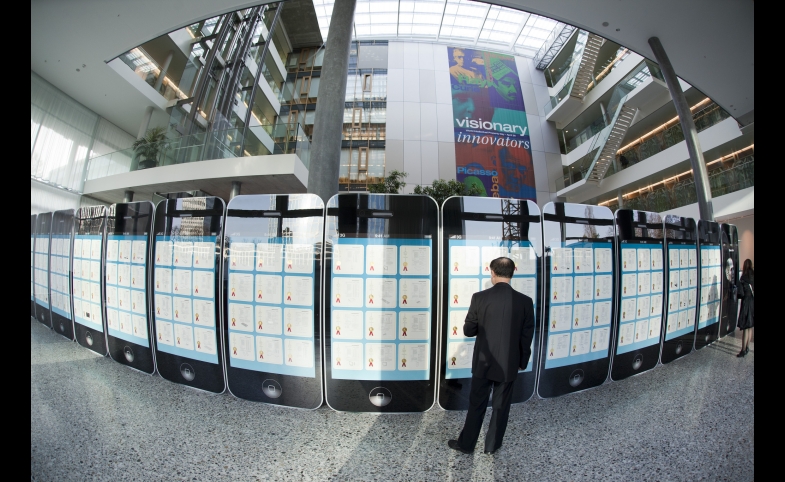 The migration of ministries of foreign affairs (MFAs) to social media is by no means a new occurrence. Indeed, the Israeli, Swedish, and American MFAs have been active on Twitter for nearly a decade. It may therefore be time to investigate if MFAs have mastered the use of social media to attain diplomatic goals—be it conversing with foreign populations, gathering information on other nations' foreign policies, or narrating a coherent national image. This was exactly what I set out to do in a recent cross-national study that evaluated the online activities of the Israeli, Polish, Norwegian, and Finnish MFAs.

Through interviews with directors of digital diplomacy departments, and questionnaires completed by embassy staff, I attempted to understand if MFAs have a) institutionalized the use of social media by developing guidelines and best practices for diplomats migrating online, b) reaped the benefits of social media, and c) overcome the challenges associated with migrating online.

Institutionalizing the Use of Social Media:

In all four MFAs evaluated in my study, diplomats are now encouraged to utilize social media for two important goals: acquainting themselves with foreign populations and gathering information on the activities of other diplomatic institutions.To this end, MFAs offer social media training to all diplomats slated to be stationed abroad.

Some MFAs seem to dedicate significant resources to training ambassadors in the use of social media. Such training is of great importance given that my results suggest that Ambassadors are now "digital gatekeepers." Embassies that are headed by ambassadors who view social media as an important resource tend to be more active online. In addition, their use of social media is more sophisticated in that they tailor their content to the values and interests of their online followers.

The Polish, Israeli, Finnish, and Norwegian MFAs have also developed best practices and guidelines for the utilization of social media. For instance, some MFAs have developed special procedures for the use of social media by embassies during consular crises. Other MFAs direct their embassies to use Twitter for communicating with elites (i.e., journalists, policy makers, other diplomats) while Facebook serves as a tool for crafting the nation's online image through nation branding campaigns.

Reaping the Benefits of Social Media:

When examining MFAs' ability to reap the benefits of social media, my study found conflicting results. On the one hand, MFAs and their embassies use social media in order to overcome the limitations of traditional diplomacy. Such is the case with the Israeli MFA's use of Facebook to converse with social media users in the Arab world. Moreover, many embassies now use Facebook to strengthen their ties with national diasporas and expats living broad.

The practice of digital diplomacy is still evolving, and doing so at different paces in different MFAs.

However, MFAs still use social media to influence the manner in which foreign populations view international events and actors. As such, the ministries and embassies evaluated in my study refrain from using Twitter and Facebook to converse with online publics and develop relationships with them. Similarly, most embassies and diplomats fail to engage online with NGOs, thereby failing to foster the creation of networks of advocacy. Thus, the relational approach to public diplomacy has yet to materialize on the Facebook profiles and Twitter accounts of Israeli, Polish, Finnish, and Norwegian embassies.

Overcoming the Challenges of Social Media:

One of the greatest challenges arising from MFAs' migration to social media is the need to coordinate messages with other ministries that are also active online. For instance, the State Department may now need to coordinate online statements with the White House, Congress' Foreign Affairs committee, the Vice President, and even NASA, as all these shape America's online image and contribute to its national narrative. However, my results suggest that such coordination seldom takes place. As such, MFAs may no longer be coherent narrators of their nation's policy and image.

Another important challenge facing MFAs that are active online in the need to practice near real-time digital diplomacy. As USC's Philip Seib argues, MFAs and embassies must now contend with a 24-hour news cycle in which every individual with a smartphone is a global news outlet. Interestingly, there was great variance in embassies' ability to practice real-time diplomacy given the different supervision models adopted by their MFAs. Some ministries still must approve all content published by their embassies abroad. Such rigorous supervision models prevent embassies from practicing real-time diplomacy as events outpace the approval process.

Conversely, embassies that have greater online autonomy may respond to news stories as they break, thus influencing the coverage of global events and partaking in the online discourse pertaining to such events. This study therefore suggests that two factors are necessary for an embassy to practice real time diplomacy: a lax supervision model and an increased sense of autonomy among embassy staff authoring social media content.

Are We There Yet: Have MFAs realized the Potential of Digital Diplomacy?

In conclusion, the results of my cross national comparison do not offer definitive answers to the question, "Are we there yet? Have MFAs realized the potential of digital diplomacy?" In fact, it seems that the practice of digital diplomacy is still evolving, and doing so at different paces in different MFAs. While some ministries encourage their embassies to foster ties with online publics, others are still more cautious in their use of social media and use it mostly for one-way information dissemination.

It is important to note that while MFAs have been active on social media for nearly a decade, they have existed for several centuries. And throughout these centuries, they have developed a risk-averse mentality that places a premium on guarding information rather than sharing it. Thus, their migration to social media is by no means an easy or natural one.

The monograph "Are We There Yet? Have MFAs Realized the Potential of Digital Diplomacy: Results from a Cross National Comparison" was recently published as part of Brill's Research Perspectives in Diplomacy and Foreign Policy edited by Prof. Corneliu Bjola.

I often say that like Woody Allen, I was born into the Hebrew faith but later in life converted to pessimism. And indeed, I often have a pessimistic view of digital diplomacy. Yet I recently attended a conference in The...