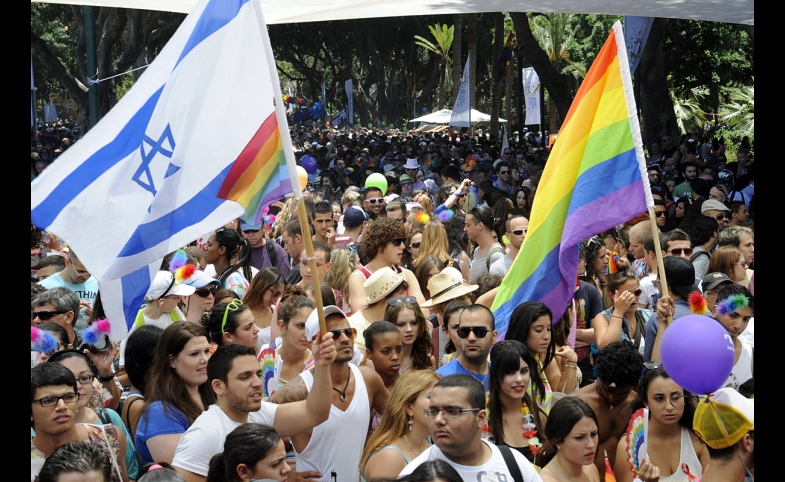 Last week, the Jerusalem Post announced a new joint venture between the Israeli Prime Minister's office and StandWithUS, a nonprofit organization, aimed at training university students on how to use social media to educate the world about Israel. This initiative will enable students in Israel, the U.S., and the UK to take an active part in Israeli public diplomacy by disseminating foreign policy messages on social networking sites (SNS).

This new initiative offers a fusion between three types of diplomacy. The first is traditional public diplomacy, as students will in disseminate information to foreign populations in an attempt to manage Israel's image and facilitate the acceptance of its foreign policy. As this information will be disseminated through SNS, this initiative also includes components of digital diplomacy. Finally, and perhaps most importantly, StandWithUS students will disseminate public diplomacy messages using their own voices, thereby utilizing the potential of peer-to-peer diplomacy.

Peer-to-peer diplomacy may be viewed as an attempt by nations to include the national population in public diplomacy efforts. In the age of social media, one of the major advantages of peer-to-peer diplomacy is that foreign policy messages are circulated by private individuals rather than foreign ministries (MFAs). This enables one to overcome to two significant barriers to the acceptance of digital diplomacy campaigns. The first is that people often reject MFA-authored SNS content, as they view it as "Twipoganda" rather than "Twiplomacy." Secondly, people may be more inclined to thoroughly review information, and do so with an open mind, when the information is provided by an online "friend." In this regard, peer-to-peer diplomacy may indeed bolster the effectiveness of digital diplomacy campaigns.

Since its establishment, Israel has placed an emphasis on public diplomacy efforts, given a belief that it must explain its policies and actions vis-à-vis the Arab-Israeli conflict to the world. Israel's term for public diplomacy, Hasbara, is representative of this belief as in Hebrew it literally means "to explain." Given the moral blemish the Israeli-Palestinian conflict has left on its image, Israel has also long since realized the potential of peer-to-peer diplomacy and frequently integrates Israeli citizens in public diplomacy campaigns.

...Governments must realize that they cannot control the messages disseminated by participants in peer-to-peer diplomacy. Moreover, as these participants are not trained diplomats, or even professional spokespersons, they may lack the basic insight necessary to effectively explain one's policies and actions. Alec Ross once said that the 21st century is a terrible time to be a control freak. Yet there is a fine line between being a control freak and being completely out of control.

However, while peer-to-peer diplomacy may be effective in overcoming barriers to acceptance of foreign policy messages, one has to wonder if adding the StandWithUS organization and a multitude of students to the Israeli public diplomacy mechanism will not be counterproductive. This is due to the fact that Israeli public diplomacy has always been characterized by a multitude of channels and voices which actually reduce the efficiency of Israeli diplomacy. Nowhere was this more evident than in the previous Netanyahu government, as Israel's Communication Minister was in charge of Israeli-U.S. relations, Israel's Justice Minister was in charge of negotiations with the Palestinians, and Israel's Economy Minister was in charge of relations with the global Jewish Diaspora-- not to mention the Foreign Minister and the Director of the National Information Directorate situated in the Prime Minister's Office.

As the old saying goes, if you can't stand a crowd, stay out of Israel's foreign policy kitchen.

This state of affairs is only exacerbated in digital diplomacy as such diplomacy is characterized by a plurality of channels. During the 2014 operation in Gaza, Israel's MFA, its embassies, and diplomats were all active on Twitter, as was the Prime Minister's Office, The Prime Minister himself, the Prime Minister's spokesperson for Arab Media, the Israeli Defense Forces spokesperson, the Israeli Defense Forces spokesperson for international media and various Israeli Ministers. Adding hundreds of university students to the mix may seriously compromise the efficiency of Israeli diplomacy, as no single organization will be able to coordinate the national public diplomacy effort. Thus, the StandWithUS initiative may actually lead to diplomatic confusion rather than fusion.

Furthermore, peer-to-peer diplomacy reduces one's ability to control the national narrative being disseminated across the world. While the StandWithUS initiative is said to be closely monitored by the National Information Directorate, peer-to-peer diplomacy is by nature difficult to manage, given its scope and use by private individuals. In an evaluation of Israeli peer-to-peer diplomacy published in 2012, Shay Attias wrote that governments must realize that they cannot control the messages disseminated by participants in peer-to-peer diplomacy. Moreover, as these participants are not trained diplomats, or even professional spokespersons, they may lack the basic insight necessary to effectively explain one's policies and actions. Alec Ross once said that the 21st century is a terrible time to be a control freak. Yet there is a fine line between being a control freak and being completely out of control.

Finally, there is also the question of necessity. Israel's MFA and its embassies have established a formidable online presence that attracts large numbers of social media followers. It therefore stands to reason that university students interested in Israel's foreign policy are already exposed to its digital diplomacy content and already share such content with their online "friends" as information sharing is the very essence of SNS activity.

Studies have found that public diplomacy and nation branding campaigns require long-term planning and commitment as well as close cooperation between all stakeholders, be they governmental ministries, governmental agencies, PR firms, NGOs, or even private corporations. Foreign Ministries are in a unique position to serve as coordinators of such national campaigns as they can work horizontally with other governmental branches and vertically with embassies located throughout the world. Therefore, Israel would be wise to strengthen its MFA and its ability to coordinate public diplomacy initiatives rather than adding another component to an already jammed mechanism.