What does the plight of the brave and bright Malala Yousafzai say about the people of Pakistan, and the future of their relationship with the people of the United States and the West?

The world has been feverishly discussing Pakistan’s 14-year old symbol of courage and integrity. I’ve been quiet, even though the area is within my CPD fellowship area of expertise as a Pakistani-American.

I’ve been quiet for a few reasons. I believe most experts have a tendency to bray reflexively after major events, which makes for good theater but bad policy. It is an unfortunate sign of our times that, after the initial theatrics play out, most major news outlets begin to resist any attempts at thoughtful reconsideration once events have matured.

I also happen to be 50 percent Optimist and 50 percent Realist. However, the Realist in me usually speaks louder. The Realist has silenced itself intentionally, because it believes people in Pakistan and elsewhere need a hopeful narrative about Malala as the catalyst for change in a dysfunctional society.

My heart broke for Malala. Her interviews with CNN show a rare figure who indeed captures the best of the Pakistani mind and spirit. Indeed, the Optimist in me believes she could help rouse a nation from its slumber, rouse it from its pathetic sense of victimization, rouse it from its tendency to blame Americans and Indians and Israelis for all its ills.

Then I saw the following New York Times blog post and was reminded why the Realist in me usually has the last word in conversations. It details how the Taliban has mounted a PR effort to justify its efforts, to depict Malala as a pawn of American warriors. Yes, that is discouraging. But what is more discouraging is how nationalist Pakistanis, who often aren’t even religious extremists, are now concocting stories about how Americans organized the shooting of Malala as a pretense for dominating Pakistan further. Rather than condemning extremists, they claim that the extremists are American agents. 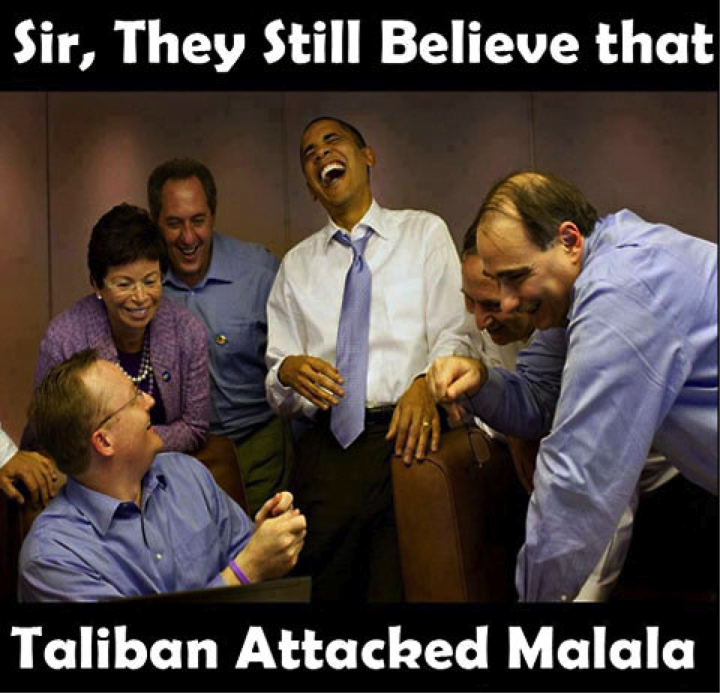 This is shocking, at one level. And yet, this is the citizenry that was convinced, more than any other, that 9/11 was a plot by Americans and Israelis to create an excuse to wage war on the Muslim world.

The last word has yet to be written in Pakistan. Pakistanis, and the Pakistani diaspora in the West, care deeply about their nation. But behind closed doors, speaking among themselves, they too tend to be realists, if not downright despondent. For now, people pray. Action will be necessary—not simply against the extremists, but against the vast enterprise of Pakistani nationalist pundits who incite and exploit outrage on the Pakistani street.