Home|Modi and Ghani in the U.S.: Two PD Strategies 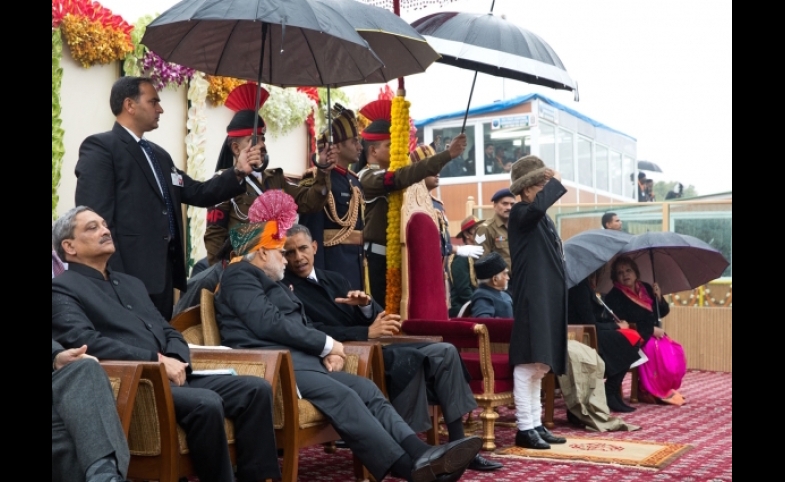 Modi and Ghani in the U.S.: Two PD Strategies

Two prominent Asian leaders have recently introduced themselves to the American public, and in that process they have had to tackle some challenges around the public perception of their respective countries. What public diplomacy strategies did they use during their first official visits to the U.S.?

While Afghanistan’s President Ashraf Ghani and India’s Prime Minister Narendra Modi pursued different goals in the U.S., they both kicked off their campaigns by placing an op-ed in a major American newspaper.

Both leaders used their op-eds to emphasize similarity in values and shared interests between their countries and the U.S., and expressed commitments to a strategic partnership.

However, Ghani and Modi then executed different public diplomacy strategies, because they had to overcome different obstacles.

MODI POSITIONING AS A POPULAR LEADER

Modi had to address the fact that he was denied entry visa to the U.S. before being elected Prime Minister. This controversy dated back to his time in the government of India’s Gujarat province, and it threatened to partially define the news coverage during his historic visit to the U.S.
The risk was impending. "A day before Prime Minister Narendra Modi's arrival in the U.S., a human rights group filed a lawsuit here asking for punitive damages and compensation from Mr. Modi in connection with deadly religious riots in 2002 in the state of Gujarat when he was chief minister there," the Wall Street Journal reported.

The main vehicle for demonstrating his popularity was a sold out ‘meet the Prime Minister’ rally at Madison Square Garden (nearly 20,000 seats!) organized by the Indian American Community Foundation.

Both leaders used their op-eds to emphasize similarity in values and shared interests between their countries and the U.S., and expressed commitments to a strategic partnership.

The Economist noted: "Which pain-in-the-ass sports star or musician is snarling traffic around Madison Square Garden, an arena normally graced by WrestleMania, the Knicks and the Rolling Stones? Actually, today’s performer is a politician: Narendra Modi, India’s Prime Minister."

This narrative was supported by reports about Modi’s social media clout. The New York Times wrote: “Among politicians, Mr. Modi ranks second behind only Barack Obama in number of fans of his official Facebook page (Mr. Modi has 21.8 million and counting).”

The coverage of the sensational public interest signaled to U.S. audiences that Modi is a popular and trusted leader - as opposed to the competing frame of a politician who played a role in the 2002 events in Gujarat.

GHANI DELIVERING A MESSAGE OF RECIPROCITY

Many media outlets, including CNN, reported that the objective of Ghani’s visit to the U.S. was to get an agreement on slowing the pace of American troop withdrawal from Afghanistan. Ghani delivered this ask in the form of a highly sophisticated and effective massage based on the principle of reciprocity.

"It's time for Afghanistan to reciprocate the gift that the United States has so generously provided over the years. Reciprocating the gift means owning our problems, solving them and asking of ourselves what we must do for ourselves and for the region,” Ghani said in a joint press conference with State Secretary Kerry.

This exceptionally well crafted message was delivered on every occasion, including in Ghani’s address to the U.S. Congress. It built on the op-ed published in the Washington Post where the president announced that "Afghanistan is not asking the United States to do our job for us,” and declared that: “Our ultimate goal is self-reliance.”

The war in Afghanistan claimed the lives of more than 2,000 U.S. service personnel and cost nearly $700 billion. Therefore Ghani's message that the new leadership in Kabul is going to take full responsibility for Afghanistan’s affairs resonated with U.S. audiences.

"Mr. Ghani repeatedly thanked American troops for their sacrifices in his country, and he promised that Afghanistan would reciprocate by building a government that could stand on its own economically, socially and militarily," the New York Times reported.

In order to succeed, the Afghan government asked for a slower withdrawal of American troops.

We can conclude that targeted and tailored communications enabled the two prominent leaders from Asia achieve strategic results: Modi successfully framed his image as a popular leader, and Ghani secured an important political agreement. These two case studies show that public diplomacy can be an integrated and strategic component of foreign policy.