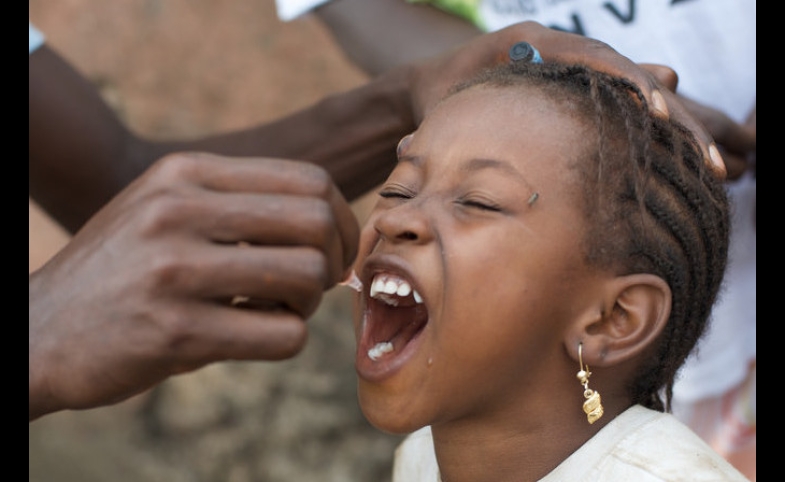 While development organizations are restructuring and laying off, an alliance of public and private partners supporting immunization and vaccination of children in poor countries – known as Gavi – raised $7.5 billion from governments and philanthropists at their pledging conference in Berlin on 27 January. What public diplomacy and communications strategies did they use to achieve this success?

HALF A BILLION CHILDREN VACCINATED

Established in 2000, the Geneva-based Gavi has been focused on a single activity that everybody in their right mind must support: vaccinating and immunizing children in developing countries.

Gavi summarized the result of their 15 years in operation as: "Half a billion children vaccinated and seven million lives saved thanks to Gavi partners.”

The clear, quantified, confident presentation of their results is at the core of their fundraising success.

In order to assure presidents, prime ministers, ministers, philanthropists, experts, editors, and publics in various countries that funding Gavi is the right thing to do, they executed a persuasive government and public outreach campaign.

Gavi had to overcome a few obstacles, including responding to allegations of misuse of their funding, to renew and scale up the commitment of their active and potential donors. Rebranding was one of the steps they undertook to improve their communication with prospective donors and their constituencies.

“The feedback was that GAVI was very much a best-kept secret in global health,” Director of Media and Communications Pascal Barollier told Devex.

In summer 2014, GAVI Alliance rebranded into "Gavi, The Vaccine Alliance." They stuck to the "Gavi" as it was already an established brand within their professional environment. However, "Gavi" is no longer an acronym, but it is a name. They expanded the "Alliance" into "The Vaccine Alliance" which allows them to communicate what they stand for to every audience.

The rebranding also introduced a new, bolder and contemporary logo and business-like slogans, such as: "The 2016-2020 Investment Opportunity" and "Investing together for a healthy future."

It was important for Gavi to explain to their core audiences that investments into their organization lead to significant, concrete results. The politicians, technocrats, experts, the public needed to be assured that Gavi is credible and will deliver on its promise to "#reacheverychild."

Gavi made a strategic use of associations: it appeared in a series of events where it was seen as a partner to the top influencers, thinkers, decision makers and philanthropists. It has made use of endorsements by presidents, prime ministers, heads of multilateral organizations, and celebrities. Nothing compares though to the leverage Gavi gets from the association with Bill Gates.

Gates has successfully extended his brand to the development sector where he is now established as one of its leaders. The Gates Foundation has been instrumental in the process, but he managed to solidify also intellectual leadership through his "annual letters" which set the new standard for communicating complex development issues. Gates is also strategically financing some of the leading media operations covering the development beat, such as the Guardian's global development desk or Euractive.

Bill and Melinda Gates have lent their reputation to Gavi – they lead other donors by example. Gates Foundation pledged US$ 750 million to set up Gavi in 1999; the Foundation has a permanent seat on Gavi’s board; and its total commitment to Gavi reaches $2.5 billion.

Gates has given Gavi the level of prominence and visibility that is expected from the richest man in the world. He has appealed to Gulf donors, he promoted Gavi to the development community through the Guardian. On another occasion, the New York Times reported: “Gates Foundation Uses Art to Encourage Vaccination.”

Gates and his network brought Gavi and its cause to groups of influential individuals which has been essential for Gavi's success. The Alliance, on the other hand, makes sure that the relationship is as visible as possible.

THE CAMPAIGN AND MEDIA RELATIONS

Under the new branding, the Gavi team then skillfully stacked the announcement of their results, the call for more support for their noble cause, Gates and other endorsements into an ongoing consistent stream of messages to their core audiences.

Here are a few examples of their media relations and campaigning:

It was important for Gavi to explain to their core audiences that investments into their organization lead to significant, concrete results. The politicians, technocrats, experts, the public needed to be assured that Gavi is credible and will deliver on its promise to "#reacheverychild." Gavi’s campaign improved its positioning, showcased results, and used authoritative endorsements to persuade the donors that signing the check for the Vaccine Alliance is the correct decision. They managed to attract even new donors like China. Gavi’s focused, targeted communications contributed to getting the impressive $7.5 billion from governments and philanthropists.