Home|Philippines: How Can the World be Kept Engaged After Typhoon Haiyan Disappears from the News? 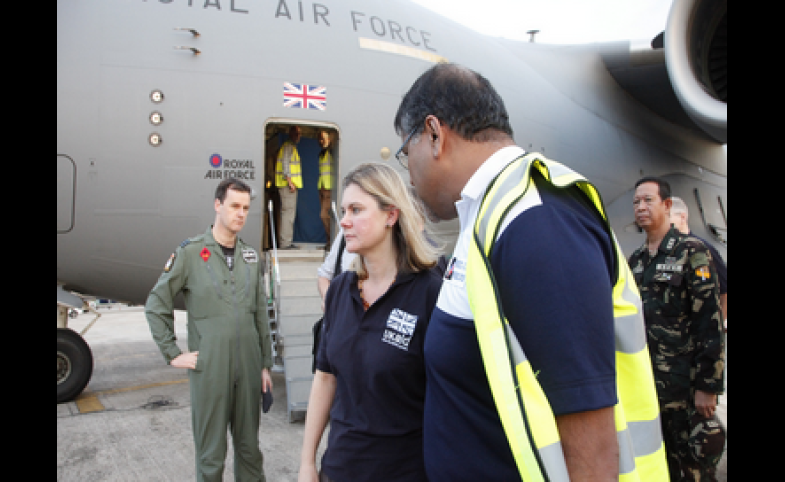 Philippines: How Can the World be Kept Engaged After Typhoon Haiyan Disappears from the News?

On November, 8 2013, Super typhoon Haiyan, the strongest storm ever recorded, destroyed an area as big as Belgium and affected the lives of 14 million people in the central islands of the Philippines.

Immediately following the storm, a surge of prominent international newsmakers and their crews descended on Tacloban and began live reporting from the disaster zone.

The visually powerful coverage resonated around the world: expressions of solidarity and funding poured into the Philippines.

Only a few days after the storm, columnist Elfren S. Cruz from the Philippine Star, asked the critical question: how to keep the world’s interest from waning "when media celebrities move on and search for new tragedies and disasters"?

This is a legitimate question: with the exception of the 2011 earthquake off the coast of Japan, almost all other disasters received little to no media coverage after the initial shock.

I arrived in the destroyed city of Tacloban on November 22, five days after Elfren S. Cruz’s op-ed was published, and the influential television crews had all already left. (I still met reporters from The New York Times, NPR, and The Wall Street Journal.)

Anderson Cooper was gone, so were Al Jazeera and most others who were bringing the heartbreaking images to audiences worldwide.

The coverage has stopped since. Following my return to New York at Christmas, I haven’t heard or seen any references to the Haiyan aftermath in mainstream news.

The national media continue to report on the massive rebuilding which may take more than four years and cost more than eight billion U.S. dollars.

To heal, the Philippines will need continued support from the international community in the form of funding and expertise.

The question is therefore more than timely: How international interest can be sustained after global media coverage stops?

Here are a few ideas that could help bolster long-term communications.

First, the government – which has the biggest stake in this – could create a specialized communications office producing high-quality multimedia content and broadcast cuts.

This content would be created for international audiences who would consume it through social media and websites like Yahoo! News or HuffPost TV. Since major newspapers and websites in the Philippines are in English language, these products could be used also nationally. Pitching story ideas and sending experts to international broadcasters and media outlets such as AFP or BBC could help further the effort.

The government estimates that 1.1 million houses were damaged by the typhoon, many of them schools and hospitals. The return of kids and patients to these facilities, for example, will provide emotionally charged audiovisual opportunities that would resonate with any audience.

There are communications professionals in the government of the Philippines who could manage the production of such high-quality multimedia packages.

There are also writers, videographers, and photographers affiliated with the United Nations agencies, international charities, and philanthropic organizations who could contribute to producing content from the affected areas.

Many of these institutions have a common goal: communicate the recovery process to keep international audiences involved and to sustain the funding flows.

If the government assumed the role of a production and distribution coordinator, the long-term success of the campaign would significantly increase.

And though not every one of the stories would turn into a news report on CNN, some would.

Such story placements, and additional clever use of social media, digital news outlets, and celebrities, could help sustain the engagement of relevant audiences and the development of finance partners.

Public Diplomacy in the aftermath of Typhoon Haiyan

Public diplomacy (PD), if defined as the act of a government engaging directly with a foreign public, then many governments are currently conducting PD towards the Filipino public in the aftermath of Typhoon Haiyan's...