On Tuesday, July 12, 2011, the U.S. Advisory Committee on Public Diplomacy held a public meeting in Washington, DC, to discuss the current state of the Smith-Mundt Act and funding public diplomacy. Much of the discussion centered on a proposed amendment in the Smith-Mundt Act to remove a “firewall” that currently prohibits any public diplomacy effort from the State Department or the Board of Broadcasting Governors (BBG) from reaching a domestic audience. The consensus among all members of the commission, and the conclusion that anyone can see from the given information, is that there needs to be an amendment to the Smith-Mundt Act to allow domestic audiences’ access to these broadcasts.

Executive Director Matt Armstrong gave a brief history of the Smith-Mundt Act at the beginning of the meeting to provide the audience-- which was open to the public, members and staff of Congress, the State Department, Defense Department, the media, and other governmental and nongovernmental organizations— with context in which to place the law. The United States Informational and Educational Exchange Act of 1948, more commonly known at the Smith-Mundt Act, institutionalized the Voice of America and specified how the U.S. government could engage in public diplomacy. It also essentially protected the practice of public diplomacy by the State Department and ensured its place within the government. When it was created, Congress added the “firewall” provision that the newly- created State Department could only broadcast outside of the U.S. due to mistrust of the new institution (which was “chock full of Reds” and “incompetents”). This geographical separation of the population within the U.S. versus the population outside of the U.S. was easily regulated due to short-wave radio broadcasts being the most advanced form of technology at the time.

As one audience member deftly summarized, it is good to learn from the past even as we transcend it. While we can see why the law was made 60 years ago, we also must realize that today, with a myriad of new technologies, the law does not make sense because one cannot easily separate domestic and foreign audiences. Today, every public diplomacy product from the State Department or the Broadcasting Board of Governors can only be made available within the U.S. by an act of Congress. However, as Jeff Trimble of the BBG stressed, due to the nature of the Internet, websites, Facebook pages and Twitter accounts from various BBG outlets are accessible to people within the United States. Technically, this is going against the Act and is “illegal”. When one looks at the differences in technology, it is easy to see that the Smith-Mundt Act is outdated and cannot adapt to today’s global communications.

The speakers gave numerous examples of areas where the Smith-Mundt Act has created problems that seem illogical. Jeff Trimble demonstrated that diaspora communities within the U.S. are an important missing audience. For example, the VOA cannot broadcast their Somali-language programs to a large Somali émigré community living in Minnesota because of the “firewall” provision. Similarly, after the Haiti earthquake, VOA proposed to have a Sirius radio channel in Haitian Creole, but its inadvertent transmission to a U.S. audience stopped efforts. These examples are missed opportunities of reaching an important potential audience due to this “firewall.” 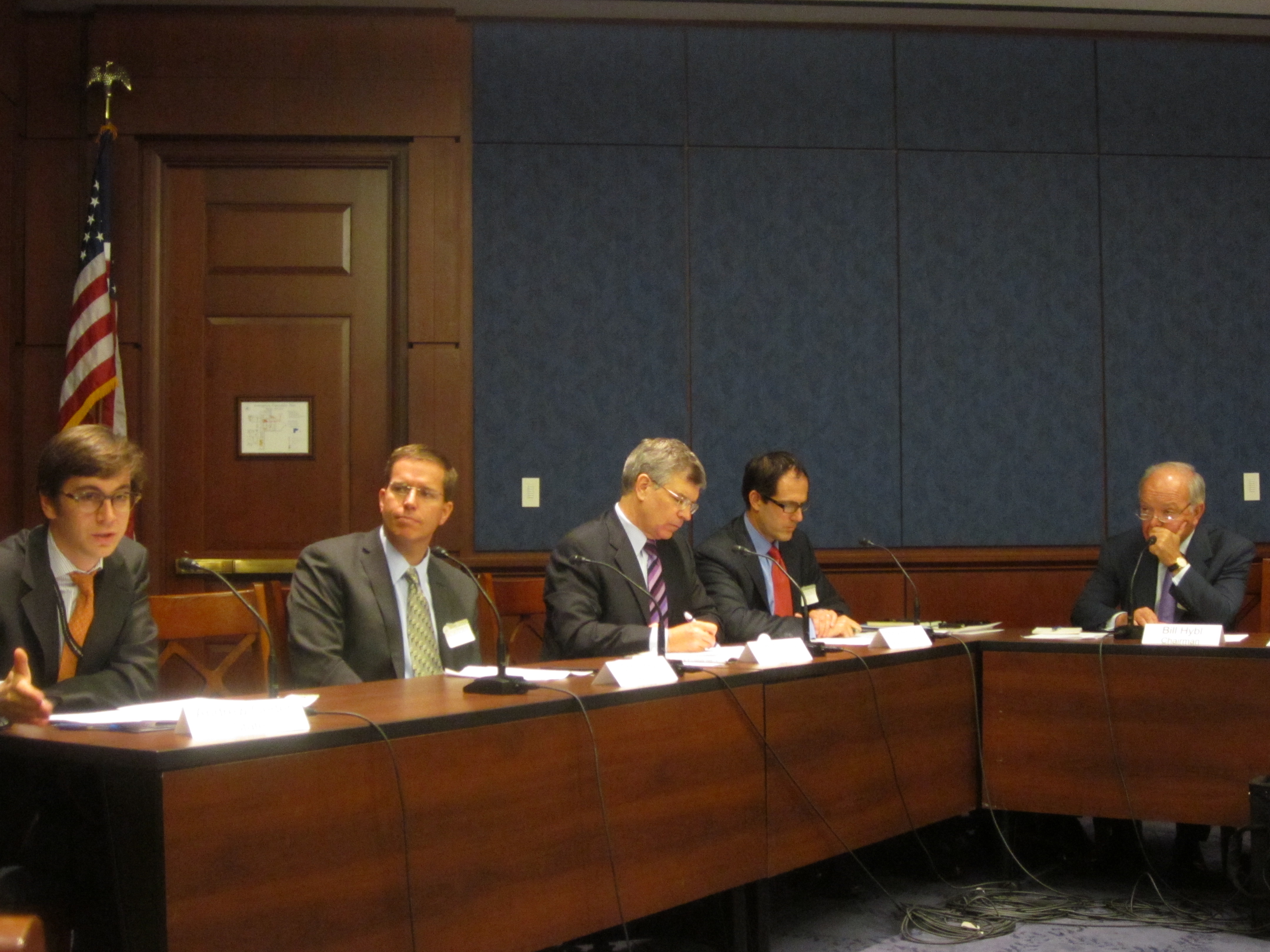 After listening to speakers from various backgrounds draw the same conclusion that the “firewall” provision is moot, I agree that the only viable option is to make amendments to the Smith-Mundt Act to keep up with the changing technologies and global communications. The provision that keeps domestic audiences from accessing U.S. international broadcasting is outdated and no longer relevant to a world where the line between domestic and international audiences is increasingly blurred. By adding this amendment, the Smith-Mundt Act can retain its purpose of protecting U.S. public diplomacy rights, while increasing efficiency of resources and coordination for international broadcasting across multiple organizations.

Anna Dawson is a Master of Public Diplomacy candidate and an incoming Senior Editor for USC’s Public Diplomacy Magazine. She is currently interning at the Center for International Private Enterprise in Washington, DC.

This week I’ve been watching much of the coverage chronicling Barbara Walters’ incredible career and pending retirement.  The sheer magnitude of her career will be something that will be discussed and debated for years...