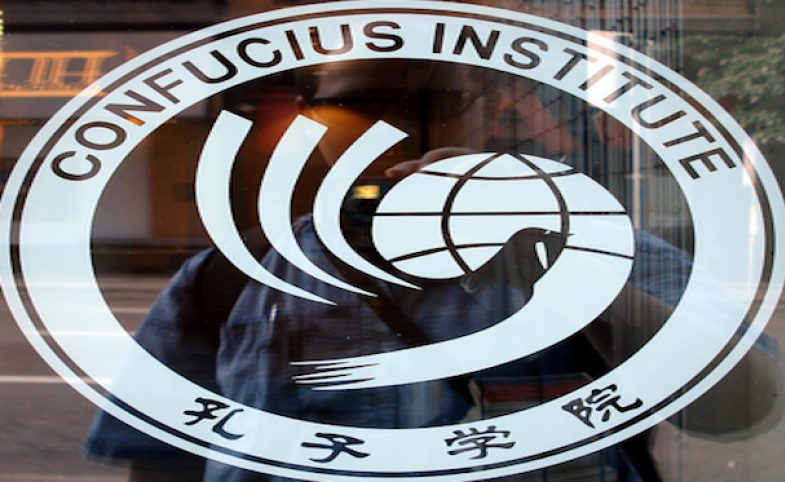 Confucius Institutes (CIs) are probably China’s most prominent, but also most controversial cultural diplomacy tool. There is a lot of debate going on concerning the political implications of CI’s, especially in the U.S. (the most recent example can be found here) but also elsewhere. While these debates are absolutely necessary and helpful to better understand these institutes, it sometimes seems there is more guessing and speculation rather than a fact based discussion. This is especially the case when it comes to the relationship between the international host institutions of CIs and the CI Headquarters in Beijing.

According to Hanban, the Chinese organization in charge of CIs, which is affiliated with the Chinese Ministry of Education, the workshops were “innovative in both curriculum setting and topic designing.” Contents presented included diverse topics such as Chinese Confucian classics, diplomacy, economy, exchange of Chinese and foreign cultures, and traditional Chinese medicine. Additionally, more practical issues were discussed ranging from the management of Confucius Institutes, the experience and problems for brand building, market expansion, crisis public relations management, the approaches and strategies to integrate CIs into the universities and communities, the development of new programs, and the quality control and assessment of teaching.

A closer look into the handbook and program of the workshop in Shanghai presents some interesting insights into these training sessions and illustrates not only what China wants to show to the world, but also which practical issues CIs face. In a keynote speech by Zhao Qizheng, one of China’s most prominent public diplomacy voices, he spoke about “Cultural Obstacle Factors in CI Teaching” and the following symposium dealt with the question “How to enhance inter-cultural communication between China and foreign countries?”

Next to some expected topics such as “An Introduction to Confucian Classics” by Xu Jialu, the former Vice Chairman of the Standing Committee of the National People's Congress, and a lecture on the “Book of Changes – the Classics of Chinese Civilization,” Wu Xinbo from Fudan gave a presentation on “A New Outlook of China’s Diplomacy,” Zhang Weiwei explained “How to Understand Contemporary China,” and Zhou Zhen spoke about “History of China: Territory and Culture.”

This selection of topics is interesting for at least two reasons: first, those contemporary themes are normally not often debated in Confucius Institutes. Of course, there are more conservative institutes and there are more progressive ones that would touch upon controversial issues. But more often than not CIs don’t talk too much about topics that are considered “sensitive” by China and they focus more on topics that are – at least at first glance – more apolitical. Generally speaking there is nothing wrong with this focus, although one may argue that this approach does not really help to show and introduce the “real China” to the world.

Secondly, the selection of topics indicates that Hanban wants to present Beijing’s official point of view on certain topics to its foreign directors. When asked about what he was told in the session on Chinese territory and culture, one foreign director told me that the lecture of course noted that Taiwan and Tibet are part of China.

This is not a surprise, as this is the official Chinese narrative on these specific issues. And although this might be grist for CI critiques’ mills in the sense that CIs get their marching orders from Hanban to spread communist propaganda, this argument, in my understanding, ignores the very fact that it is one thing to tell foreign directors that Taiwan is a part of China, while it is another story to actually express this point of view. There are reports that this happens occasionally, but more often than not CIs try to stay away from those topics and do more apolitical stuff like paper cutting or tea ceremonies. Therefore, as I have pointed out elsewhere and as others have also argued, CIs are not a propaganda tool if we understand the term in its negative and sinister sense.

What all this illustrates, however, is the fact that CIs are not apolitical organizations as some CIs are claiming. Interestingly enough this claim is not so much made by Hanban or official Chinese voices, but more often by foreign host institutions, which apparently want to defend themselves against accusations of propaganda, indoctrination, and the likes. While this impetus is understandable, I would say denying the political dimension altogether seems somewhat ignorant or naïve.

As any other government that runs cultural institutions abroad, the Chinese government sets up and partially funds CIs not just for fun and idealistic purposes, but for practical reasons as well. These include promoting Chinese language and culture, but CIs should also promote a positive image of China (whether this works or not, is another story) and they should contribute to creating a Harmonious World, which is one of China’s current foreign policy slogans.

Confucius Institutes therefore do not exist in empty space but should be seen in the broader context of China’s foreign policy. Again, I would say CIs don’t do politics as such by celebrating the CCP; but claiming that politics do not play a role, also does not work.