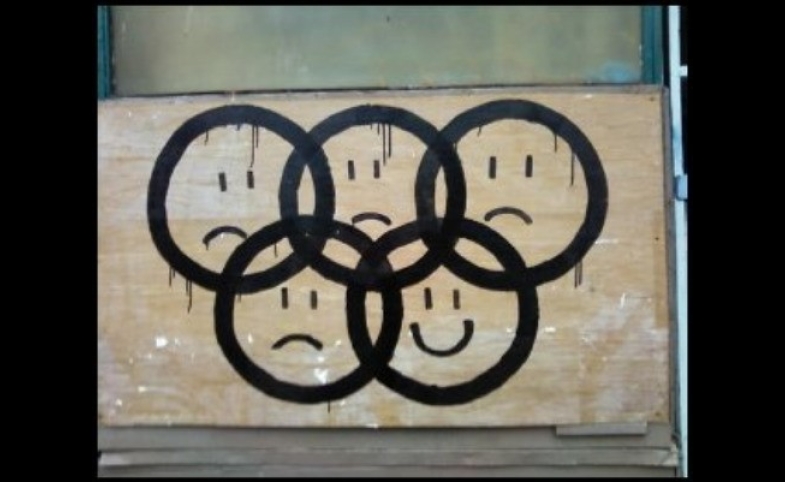 Athletes competing in the ancient Olympic games were venerated for their prowess and ability. Here, on these original Olympiad grounds of now-toppled temples and former glory, visitors are reminded of the elevated role honor played within competition.

Two thousand years ago, competitors heading toward the stadium tunnel walked between two rows of statues. On their right was a famous marble row of heroic athletes, victors all. On the left, however, stood 16 statues of Olympic cheaters, eternally dishonored and living in infamy. Their chiseled names remain visible to this day.

The Olympic message was as clear then as it is today: Don’t cheat!

Unfortunately, the high stakes of national pride, professional athletics and simple hubris have led others to conclude that the more important lesson in sports competition is different: Don’t get caught cheating.

Doping, steroids, gender faking, age falsification, judge bribing, opponent knee-capping, hitchhiking to a marathon finish…the list of cheats is long and creative. Yet despite millennia of getting caught, cheaters abound.

Cheating and bribery, however, are not limited to individual athletes. The practice has infected Olympic host country bid committees and multiple other global sporting institutions like the international soccer federation, FIFA.

As the world prepares for the 2016 Rio Olympics, Brazil’s political leaders are caught up in the country’s largest bribery and kickback scheme broadly involving government construction contracts that include Olympic facilities. Brazilian private contractors like oil giant Petrobras were caught bribing and skimming around construction deals.

The consequence has brought millions of demonstrators into Brazil’s streets and shame to the country’s current president, Dilma Rousseff, and former leader Luiz Inácio Lula da Silva. While the competition for global corruption and graft is stiff and includes FIFA, Brazil’s widening bribery scheme may win this year’s gold medal for greed and stupidity.

Russia’s Sochi 2014 Winter Olympics were a great way for President Vladimir Putin’s cronies to score corrupt cash. Russian Olympic competitors preparing for this summer’s Rio games were caught juicing it up in a scheme that had domestic labs testing their nation’s athletes. The regulatory regime found faked results and may disqualify Russia’s best from competition this summer.

Pressure on athletes to enhance their performance seems to be concentrated in Russia this year, perhaps where popular sports glory can deflect rising disapproval of Russian politics and policy. Moscow is suffering from international economic sanctions, bleeding in a hybrid Ukraine war, and pursuing coy military actions in Syria.

While foreign Olympic corruption is exasperatingly abundant, the United States is not innocent. The 2002 Salt Lake City Winter Olympics scandal and indictments were a study in bad judgment and worse bid execution.

Cheating is in direct contravention to the Olympic spirit. But so is war. During the quadrennial Olympics in Ancient Greece, an important part of the games was the peace truce that held during the games. Some politicians work hard to stop war during modern Olympiads, but peace is more an Olympic ideal than reality. Olympic peace remains elusive.

As Los Angeles awaits word on its 2024 Summer Olympics bid, L.A. Mayor Eric Garcetti and his host committee can show the world that transparency, inclusiveness and fair play represent athletics’ true spirit. As the winged Greek goddess of victory, Nike, may have said: Just do it!

Photo by Lorraine Murphy I CC 2.0