Home|Incarceration and the Right to Childhood: What the U.S. Can Learn From South Africa 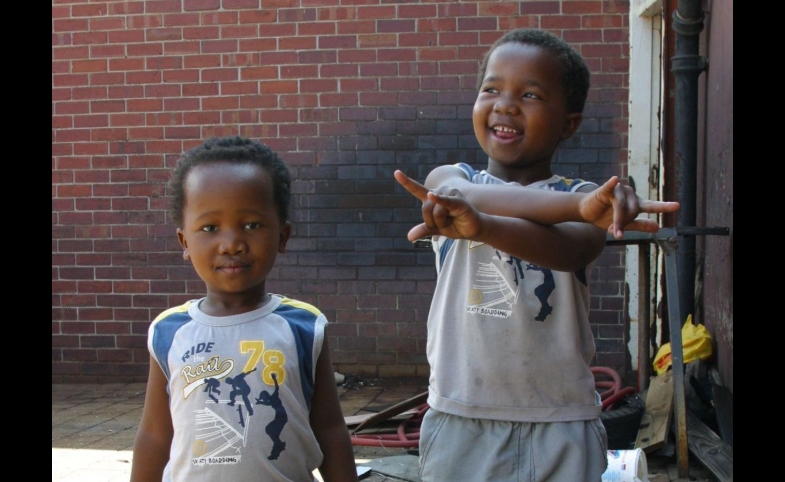 Incarceration and the Right to Childhood: What the U.S. Can Learn From South Africa

“Mrs. M” had a history of fraud and theft convictions (all for amounts less than $40, many for groceries), and in 2007 faced a possible four years in prison. Mrs. M was also a single mother of three boys in South Africa, raising her children in a neighborhood locals euphemistically call “fragile.”

Former Constitutional Court Justice Albie Sachs, appointed by Nelson Mandela in 1994, initially dismissed Mrs. M’s appeal out of hand. “This doesn’t raise a constitutional question,” Sachs recalled his response in a 2009 lecture. “She wants to avoid going to jail…She is a repeat offender. We shouldn’t hear the matter.”

But a female colleague urged Sachs to reconsider. Mrs. M was her sons’ primary caregiver, she pointed out. What were the children’s rights in this case? Wouldn’t their mother’s imprisonment deprive them of a family, a home, stability, security, and countless other basic needs, both emotional and physical?

Sachs had an epiphany. “I remembered we had a conference on the rights of children which took place just before those first democratic elections in South Africa…our children had suffered so much under apartheid…it was not just any conference, it felt huge. Our country was a child. This was part of what we were going to create, our Utopia.”

Grasping the connection between Mrs. M’s children with his country’s turbulent history led Sachs to the landmark decision of “S versus M,” in which he set the legal precedent that a child’s rights might preclude the imprisonment of his or her primary caregiver.

In the United States, a spate of recent research is quantifying the violations Sachs found to be visited upon children with an incarcerated parent. Kristin Turney, a sociologist at University of California Irvine, found in a study based on data from the 2011–2012 National Survey of Children’s Health that children of incarcerated parents “are a vulnerable population who experience disadvantages across an array of health outcomes.” These disadvantages range from the mental—significantly higher rates of learning disabilities, ADHD, depression, anxiety, behavior issues, and developmental delay—to the physical—including higher rates of asthma, obesity, vision problems, hearing problems, and epilepsy, among others.

Given that the U.S. imprisons its citizens at a rate higher than any other country in the world, and 2.7 million children in the U.S. have a parent in prison (as of 2010), what will be the fallout of our incarceration practices—not just for the individual children impacted, but for their future children, their communities, the future of this country’s reputation at home and abroad?

Individuals and communities of color are and will continue to be affected at astronomical rates (as of 2007, 45% of children with an incarcerated parent were black. 21% were Hispanic, and 28% were white). Without a drastic change in our incarceration policies, particularly as they affect children, we are ensuring that the racist legacy which Bethany Pullen called the “Achilles’ heel” of U.S. public diplomacy will endure.

Executive director of the Equal Justice Initiative Bryan Stevenson, whose work centers on reforming the criminal justice system, has spoken often of the U.S.’ failure to confront its own history of racism, discrimination, and violence. Stevenson, whom Nobel Peace Laureate Desmond Tutu called “America’s young Nelson Mandela,” told Bill Moyers: “In South Africa, they had to go through truth and reconciliation. In Rwanda, there had to be truth and reconciliation. In this country, we've never had truth and we've never had reconciliation. And so, the day to day reality for the clients where I work, the people I work with is one that's still hurt, angry, broken.”

Given that the U.S. imprisons its citizens at a rate higher than any other country in the world, and 2.7 million children in the U.S. have a parent in prison (as of 2010), what will be the fallout of our incarceration practices—not just for the individual children impacted, but for their future children, their communities, the future of this country’s reputation at home and abroad?

Katy Reckdahl at The Nation speculates that the tide may be turning, ever so slightly, in the U.S.’ criminal justice system’s appreciation of the plight of children with incarcerated parents. She cites several campaigns and conferences by key agencies including the Justice Department, the Department of Education, and the American Bar Foundation within the last couple of years dedicated to alleviating the emotional, mental, and physical carnage wrought upon these children. The Federal Bureau of Prisons, for example, held its first Universal Children’s Day in late 2013, during which about 8,500 children got to visit and play with their parents, about 4,000 federal inmates.

“For some inmates this was the first time they read a book to their child or drew a picture together,” the Bureau of Prisons noted on their site. “Hopefully, this is just the beginning, for many mothers and fathers, of a sustained journey back into the lives of their children and their roles as parents. The Bureau is always looking for new ways to help inmates enhance their parenting and other skills related to a successful return to the community.”

If this is true, I respectfully submit to the Bureau, to legislators, advocates, and policymakers, this modest proposal: let’s learn from South Africa. Once a global pariah for the atrocities sanctioned under apartheid, South Africa now has some degree of moral authority in its soft power arsenal. Justice Sachs demonstrated this when he wrote in his S v. M decision:

“Individually and collectively all children have the right to express themselves as independent social beings, to have their own laughter as well as sorrow, to play, imagine and explore in their own way, to themselves get to understand their bodies, minds and emotions, and above all to learn as they grow how they should conduct themselves and make choices in the wide social and moral world of adulthood. And foundational to the enjoyment of the right to childhood is the promotion of the right as far as possible to live in a secure and nurturing environment free from violence, fear, want and avoidable trauma.”

Consider, as the UN Convention on the Rights of the Child would urge, the impact on children’s human rights when sentencing a parent. It’s a small step—tiny—but a crucial one toward reconciliation, toward humanity, and toward improving perceptions of America from within and without.

Daniel Whitman is Assistant Professor of Foreign Policy at American University's School of International Service. He is the author, most recently, of Outsmarting Apartheid: An Oral History of South Africa's Cultural and...

In the weeks since the U.S. Department of Justice’s 49-count indictment, including charges of corruption, money laundering, bribes, and kickbacks against members of the soccer’s global governing body FIFA, public relations...