Home|Collateral Torture: The Families of “War on Terror” Detainees 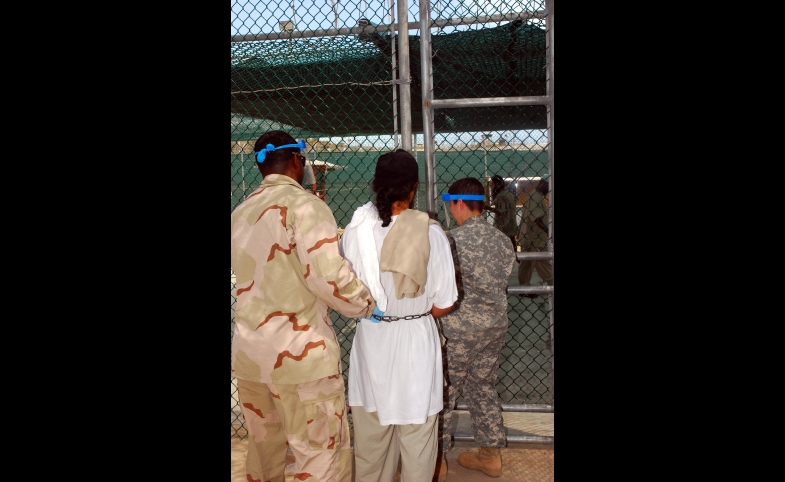 Collateral Torture: The Families of “War on Terror” Detainees

According to the Center for Constitutional Rights, Ghazy’s continued detention “is the result of the Obama administration’s calculation that, after the failed underwear-bomber attack, the backlash that would follow the transfer of a Yemeni prisoner would be too politically damaging.” In other words, Ghazy’s nationality is the sole reason for his continued detention.

In the short video Waiting for Fahd, Ghazy’s brother offers a remarkable understatement: “All the hardships that my brother has suffered through while imprisoned at Guantanamo, all of those problems, pains, and provocations he has faced while in prison, he must face all of it head on with a lot of patience and fortitude.”

The same could be said of Ghazy’s mother, brothers, wife, and daughter, all interviewed in Waiting for Fahd, all of whom have endured the loss of their loved one three times over: after his initial capture, after his first clearance amounted to nothing, and after the second amounted to nothing. The damage to Ghazy’s family and community is akin to the destruction of poor and black communities within the U.S. where 1 in 3 men will be imprisoned in their lifetimes: both domestically and internationally, the U.S.’ misguided policies of incarceration are not protecting its citizens, but harming and endangering them.

The U.S. State Department’s former Special Envoy for Guantanamo Closure Cliff Sloan (he quit in December) wrote earlier this week in a New York Times op-ed, “As a high-ranking security official from one of our staunchest allies on counterterrorism (not from Europe) once told me, ‘The greatest single action the United States can take to fight terrorism is to close Guantánamo.’ I have seen firsthand the way in which Guantánamo frays and damages vitally important security relationships with countries around the world.”

The damage to Ghazy’s family and community is akin to the destruction of poor and black communities within the U.S. where 1 in 3 men will be imprisoned in their lifetimes: both domestically and internationally, the U.S.’ misguided policies of incarceration are not protecting its citizens, but harming and endangering them.

Meanwhile, the families and communities of detainees like Fahd Ghazy continue to suffer as a direct result of irrational and illegal U.S. policies. The irony is nearly incredible: their suffering is precisely the type that creates enemies of the U.S., fomenting a level of rage at which an act of terrorism might seem to them a reasonable move.

Of course, only an infinitesimal segment of any population will resort to violence. Still, the public diplomacy implications are more than grim. The torture, the violent deaths, the lost sons, brothers, husbands, and friends—this is the legacy of Guantanamo.

It’s hardly an original idea that the U.S. is hastening its own displacement as the world’s sole superpower by its misguided “war on terror,” but it is one that bears repeating, again and again, until Fahd Ghazy and the last man illegally detained at Guantanamo or any other U.S.-run detention facility is sent home.