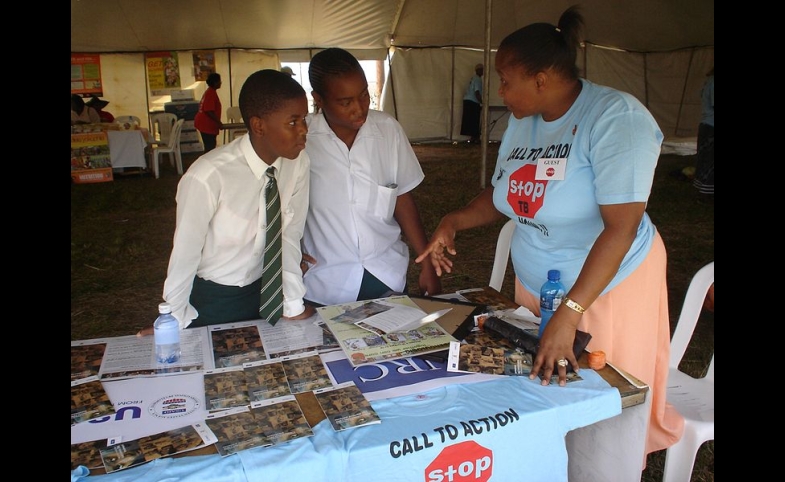 Tuberculosis (TB) is an infectious bacterial disease most often transmitted from person to person via droplets originating from the throat and lungs of people with active pulmonary TB. In 2013, 9 million people fell ill with TB and 1.5 million died from the disease. Although some antibiotics can treat TB, new strains of the disease have emerged that are resistant to some or all existing medicines.

More than 95 percent of TB deaths occur in low- and middle-income countries, with 22 countries shouldering the 80% of global burden. However, TB anywhere challenges the health of people everywhere. With medicines unaffordable and diagnostic tools out of reach, communities affected by TB and non-governmental organizations have used public diplomacy tools and techniques to engage the international community and underline the urgent need for collaboration on initiatives to eradicate TB.

Although a lack of funding was expected to be the main obstacle in this era of austerity, the vast majority of respondents identified an acute need for public diplomacy training.

To gain more information on how TB-focused organizations and professionals use public diplomacy in their work, a brief online survey was sent to STOP TB partners and Global Fund grantees between April and December 2014. A total of 347 participants from 71 countries responded in English, French, Portuguese or Spanish.

Conference diplomacy emerged as an important theme among all survey participants. More than 60% of the respondents indicated that conferences or other public events were the tool they commonly used to engage or inform foreign publics about TB-related issues. Portuguese-speaking respondents based in Brazil and other Lusophone countries identified conferences, public meetings, and speaking engagements as their most commonly used public diplomacy tools.

Interestingly, the majority of Spanish-speaking respondents (81%) indicated that they conducted public diplomacy by using print publications, such as brochures, fact sheets, and magazines. In contrast, 62% of English speakers, 48% of French speakers, and just 33% of Portuguese speakers cited print publications as their public diplomacy tool of choice.

Since these survey responses were collected, the importance of blogs in shaping international perceptions of TB and those suffering from the disease has increased. One example is the blog “TB & Me” run by Medecins Sans Frontieres (MSF). This blog is written by patients undergoing treatment for multidrug-resistant tuberculosis in various locations all over the world. MSF started this blog to generate more awareness about the seriousness of the disease and the suffering of those affected by TB. According to MSF, “Very little money has been put into the research and development of diagnostics or new, improved treatment and people who are infected by the disease have no option but to take drugs which are painful and leave them feeling weak every day for a very long time…. [this blog] provides an opportunity for patients to tell the world that MDR-TB exists in their own words, that it is a global problem and to share their experiences with others who might be in the same position.”

Familiarity with Other Public Diplomacy Campaigns

Regional variation figured more prominently in the responses regarding the participants’ familiarity with other public diplomacy campaigns. Overall, the most well-known public diplomacy campaigns were those implemented by the Stop TB Partnership,  MSF’s Access to Medicines Campaign, and U.S. State Department. In addition to MSF, French-speaking respondents cited the campaigns implemented by the World Health Organization and the International Union Against Tuberculosis and Lung Disease. Spanish-speaking respondents also cited the U.S. Centers for Disease Control and Prevention and the Ministry of Health of Mexico while Portuguese-speaking respondents mentioned the work conducted by the Brazilian TB Research Network (REDE-TB) and the Oswaldo Cruz Foundation in Brazil.

Conclusion: How to Overcome Challenges to Conducting Public Diplomacy

The survey found that there are important TB-focused public diplomacy initiatives currently underway. Although a lack of funding was expected to be the main obstacle in this era of austerity, the vast majority of respondents identified an acute need for public diplomacy training. Even more than funding, which remains a key challenge, organizations and professionals working to provide prevention and treatment services for TB indicated that they would welcome the opportunity to partner with universities, think tanks and government agencies to improve their public diplomacy skills. Rather than describing a series of challenges, the survey results identified collaboration and increased public diplomacy training opportunities as possible solutions.