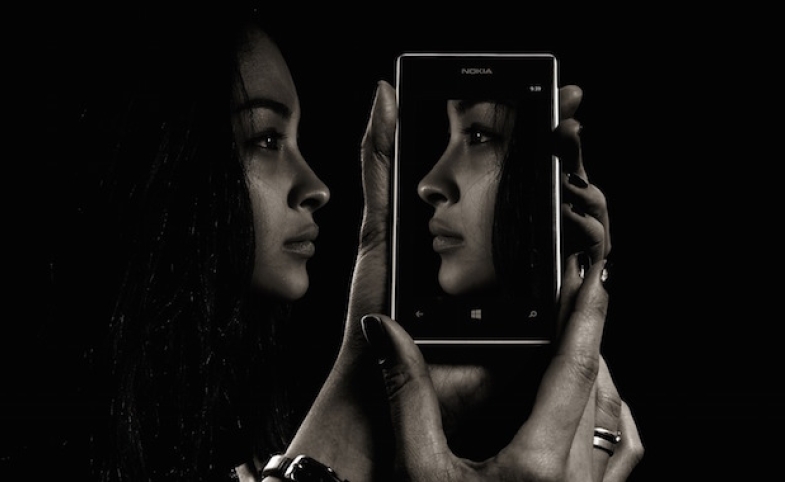 In November, 2016 Oxford Dictionaries proclaimed “post-truth” the word of the year. The choice was obviously a reflection of two important political campaigns: Brexit and the US Presidential elections. In both campaigns truth became subservient to political gain. The distinction between fact and fiction eroded as fake news spread globally through social media sites.

However, Oxford Dictionaries’ choice was, to a certain extent, a publicity stunt in its own right. As media outlets became obsessed with the issue of fake news, the world’s foremost dictionary saw an opportunity to bask in the limelight of publicity. After all, the relationship between truth and politics has always been a strained one, especially in the U.S.

In the 1930s, Americans did not know that their President was confined to a wheelchair. In the 1960s, the American public was deceived with regard to U.S. involvement in Vietnam, while in the 1980s, President Reagan misled Americans by insisting that the USSR could out-match the U.S. in any conventional engagement.

And if one thinks that the current pandemic of fake news is a novel phenomenon, one need only familiarize himself with the journalistic practices of Joseph Pulitzer and William Randolph Hearst, who during the 19th century fabricated news, including fabricated wars.

It is therefore possible that we are in need of a new word of the year. In the field of digital diplomacy, that word is “post-reality.”

Digital Diplomacy and the Contestation of Reality

The origins of digital diplomacy were at once practical and lofty. Rooted in the attempt to counter extremist narratives on the internet, digital diplomacy emerged as a tool for communicating with distant publics in order to convey truth. The theory among many ministries of foreign affairs (MFAs) was that the internet and social media could be used to counter propaganda and address misconceptions. For instance, the U.S. State Department turned to the internet in order to better explain its policies to Muslim netizens.

Additionally, social media was seen as a medium for contesting popular narratives. During the 2014 War in Gaza, the Israeli MFA never denied that Palestinian citizens were killed during aerial bombardment of the Gaza strip. Rather, it sought to explain the high casualties by arguing that many Palestinian civilians were killed while serving as human shields for the extremist group Hamas.

Similarly, the Obama administration did not deny that the Iranian nuclear deal included concessions. Rather, it sought to use social media in order to frame the deal as the “best possible solution.” Through a dedicated Twitter channel, the administration confronted the deal’s critics by arguing that it had blocked all Iranian avenues to a nuclear bomb. Through Twitter, American diplomats addressed the concerns of global Twitter users, ranging from Iran’s ability to hide nuclear facilities to the use of unfrozen Iranian assets to finance terrorists.

What emerged was an era in which digital diplomacy was used to contest narratives, not reality.

That changed with the 2014 Crimean crisis. During the first three months of the crisis, the U.S. State Department and the Russian MFA did not present different narratives, but different realities. The Russian MFA denied time and again that Russian troops had entered Eastern Ukraine. When the U.S. released satellite imagery of Russian troop movement in Crimea, the Russian embassy to the UAE replied with the tweet below. 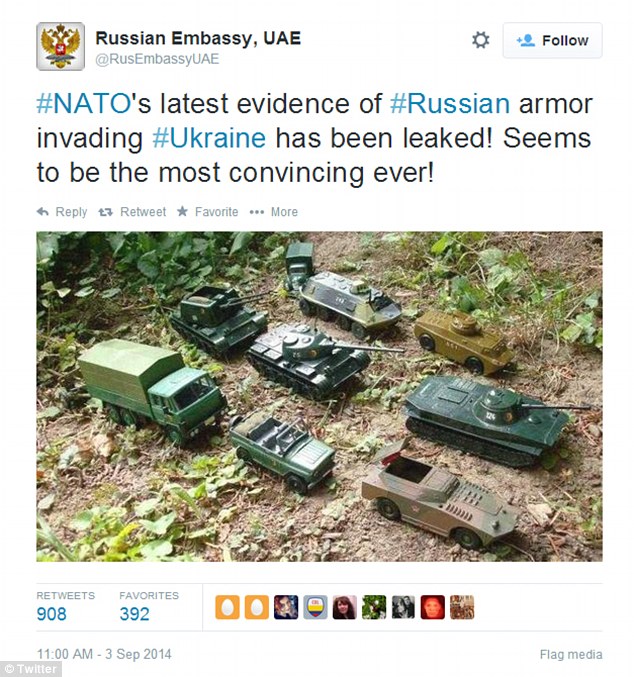 Thus, social media morphed into a tool for contesting reality, not narratives.

What began in 2014 came of age in 2016 as the employment of digital diplomacy to contest reality became increasingly pervasive. Such was the case with the online battle over Syria. Social media users following the Russian MFA were presented with a reality in which Aleppo was liberated from extremist terrorists. This important victory not only brought stability to Syria, but even hope. For the first time in years, citizens in Aleppo celebrated Christmas as depicted in the tweet below. 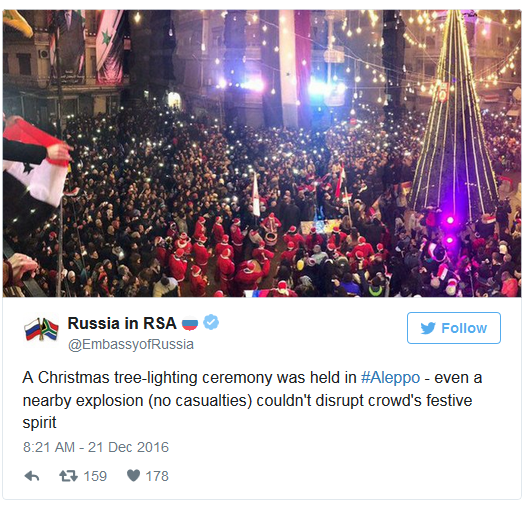 Yet social media users who followed the British MFA were presented with an entirely different reality, one in which Aleppo served as a symbol of the brutality unleashed on Syrian civilians by Syrian and Russian military forces. Aleppo was not liberated, but pounded and reduced to rubble. It was not a site of hope, but of despair and war crimes.

Similarly, in the days and weeks following the 2016 Turkish coup, many MFAs depicted a reality in which Turkish President Erdogan declared war on Turkish democracy. This reality was a dystopian one in which school teachers, judges and civil servants were arrested en masse. Conversely, Turkish digital diplomacy channels presented a mirror reality in which Turkey had euphorically rid itself of the tradition of military coups and was reborn with a new sense of togetherness. Such was the case with the tweet below depicting the national parliament coming together in the wake of the coup attempt. 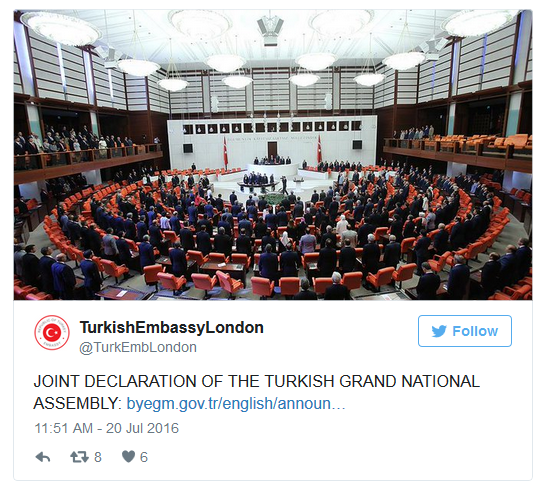 Where to From Here?

The growing use of social media to contest reality, rather than narratives, may hold several implications for the future of diplomacy. From a practical perspective, such contestations may further impede the work of multilateral forums. How can the Security Council debate the Syrian Crisis if members cannot agree that a crisis exists?

From a societal perspective, the diplomatic contestation of reality contributes to a sense of insecurity now felt throughout the world. No one knows what a Trump presidency will look like and no one knows what is happening in Aleppo. A world governed by insecurity and mired in fiction is a world in which it will be difficult for diplomacy to play a constructive role.

From an institutional perspective, the contestation of reality might suggest that the lofty ambitions of digital diplomacy are a thing of the past. No longer will social media be seen as a tool for dialogue but rather as a tool for propaganda. This worrying trend might culminate with the demise of public diplomacy activities in general.

Thus, the casualty of post-reality is not just digital diplomacy but diplomacy in its entirety.