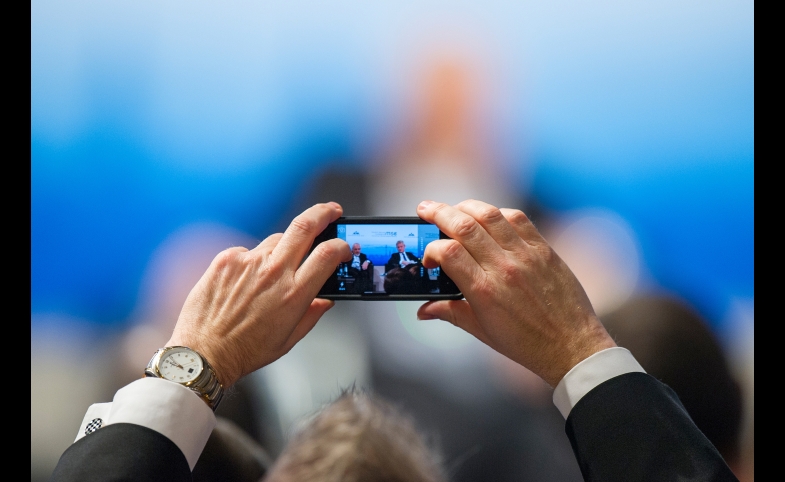 Social mobility refers to the ability of individuals, families, and groups to move within a social hierarchy given changes in income, education, or occupation.  Such movement, which may be upward or downward, is regarded as an important parameter when evaluating the health of a given society. Lack of mobility indicates social stagnation in which entire groups may be disenfranchised and ostracized from society.

Given that social mobility refers to any social hierarchy, it may be possible to use this term when evaluating relations between nations. For instance, one might claim that the current geopolitical landscape is characterized by limited social mobility as a small group of nations dominate the international arena and dictate the global agenda. Smaller countries with limited financial resources, such as African ones, are unable to alter their social situation and thus find themselves stagnated and marginalized.

However, there is one area in which smaller states may be challenging the status of dominant world powers: that of digital diplomacy. In fact, digital diplomacy may be an arena which enables “social media mobility,” a process by which smaller nations are able to position themselves at the very heart of international diplomatic activity.

Currently, there are many ways through which one may explore the practice of digital diplomacy. One such method is network analysis. When applying network analysis to digital diplomacy, one assumes that diplomats and diplomatic institutions constitute global networks of information. Such networks are created when diplomatic institutions begin to follow one another on social media. For instance, should foreign ministries follow one another on Twitter, they may come to form a social network of information.

There are two main reasons why a ministry of foreign affairs (MFA) or a diplomat would follow peers on Twitter. The first is to gather important information. By following Israel's foreign ministry, the U.S. State Department may anticipate new Israeli foreign policy initiatives with regard to the Arab world. The more MFAs the State Department follows, the greater its ability to gather information from other countries. In addition, an MFA may use social media in order to disseminate information to the diplomatic milieu. The greater the number of foreign ministries that follow the U.S. State Department on Twitter, the greater its ability to disseminate foreign policy messages throughout this information network.

Yet I have also discovered that digital diplomacy networks are characterized by a form of social media mobility in which smaller states challenge the social hierarchy of the international community.

For instance, when evaluating the social network of MFAs, I found that Poland, Norway, Slovenia, and Ukraine are among the 10 most followed MFAs in this network. These MFAs attract more of their peers than the Italian, Japanese, British, or Canadian foreign ministries which are all members of the G-7 group. Likewise, Poland, Norway, and Ukraine attract more foreign ministries than India and Brazil, members of the BRIC emerging economies.

When evaluating the social network of embassies to the UN in New York, I found that Rwanda, Norway, and New Zealand are among the 10 most followed embassies in this network, coming far ahead of G-7 countries. I also investigated which UN embassies serve as important hubs of information as they connect embassies that do not follow one another directly. For example, while Israel and Libya may not follow one another directly, both follow Palestine which therefore serves as an information hub. My analysis found that Palestine, Cyprus, New Zealand, and Norway are among the most important information hubs in the UN social network.

Thus, it seems that through social media smaller countries may position themselves at the heart of international diplomacy, thereby taking part in shaping the international agenda. It is therefore possible that that digital diplomacy is leveling the diplomatic playing field in favor of smaller states.

This begs the question: why are small states able to attract so many of their peers? Why is Kenya's foreign minister, for example, so popular among other ministers?

One answer may lie in the manner in which such nations or MFAs use digital diplomacy channels. If content is what drives good websites, than information is what drives good digital diplomacy profiles. Countries such as Poland and Kenya are using Twitter in order to publish a breadth of information on various topics such as their foreign policy agenda, global initiatives to be promoted in the UN, intelligence regarding Russia's movements in eastern Ukraine, as well as their national scientific achievements. The more information one publishes, the greater the number of peers one will attract.

A second answer lies in one's willingness to follow one’s peers on social networking sites. For instance, the French, Slovakian, Lithuanian, Austrian, and British MFAs are avid followers of their peers on Twitter. In response, their peers are avid followers of these MFAs. Like any social network, the basic rule of attraction in digital diplomacy seems to be "follow me and I’ll follow you in return."

In summary, countries looking to climb the social hierarchy of international diplomacy and promote their foreign policy agenda would be wise to migrate to social networking sites and adopt its two basic rules of attraction.