Home|Soft Power and Global Health Diplomacy: The Rise of France 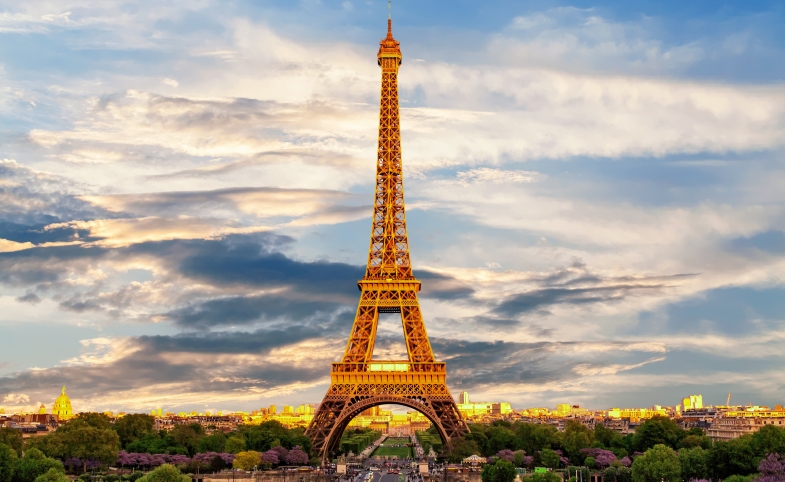 France has experienced a meteoric rise to become a world leader in soft power—topping the 2017 Soft Power 30 ranking. As defined by Joseph Nye, soft power is the ability of a country to influence the actions of others without force or coercion. France’s influence is perhaps most prominent in global health, which overlaps with international security, economics, politics and human rights. Since 2000, France has played an active role in the development of key global health initiatives and led multilateral efforts to provide health-related assistance. France’s funding for health-focused development assistance increased threefold between 2002 and 2013. In particular, France assumed a leadership role in global health governance, worked to safeguard global health security through effective responses to epidemics and elevated the threat posed by climate change to a global health priority.

France channels most of its funding for global health through multilateral organizations, including the GAVI Alliance, World Health Organization (WHO), Unitaid and the Global Fund. In May 2018, France announced that it would host the sixth replenishment conference for the Global Fund to Fight AIDS, Tuberculosis and Malaria (Global Fund) in 2019. The replenishment conference aims to raise new funds and mobilize partners to eradicate the three diseases by 2030. Held once every three years, the conference convenes leaders from governments, civil society, the private sector and communities affected by the three most devastating infectious diseases. According to the Global Fund, France is its second-largest donor, having provided the organization with more than €4.2 billion since 2002.

Because no one country can protect the health of its people on its own, the ability to bring various stakeholders together and come to a consensus is a prerequisite for mitigating health-related challenges and saving lives.

As one of the founding members of the organization, France has contributed substantially to the design of the Global Fund in many ways. Today, France continues to guide the work of the Global Fund through its participation in the organization’s board as well as its strategy and audit and finance committees. Using its broad diplomatic network, France helps more than 35 countries achieve the goals set out in their Global Fund grants by serving as an active member of these countries’ Country Coordination Mechanism, a national committee that oversees the submission of funding requests to the Global Fund as well as the implementation of grants. Since 2011, France has allocated approximately €18 million per year to the Global Fund to provide countries with technical assistance through the “5% Initiative” for IDS, TB and Malaria. In 2017, France increased the proportion of funds set aside for technical assistance from five to seven percent.

In 2006, France introduced a tax on all flights departing from French airports and, since then, this tax has collected more than $2.5 billion to finance innovations in the fight against HIV/ AIDS, tuberculosis and malaria. The French government successfully designed the tax to limit its impact on the competitiveness of the airline industry and on France as a destination. In the years following the launch of the tax, France has remained the world’s top tourist destination—welcoming more international visitors than any other country. More importantly, Unitaid—the organization that receives the funds from this tax—has made it possible for eight out of ten children with AIDS worldwide to receive treatment, 345 million anti-malaria treatments to be distributed globally and two million tuberculosis patients to obtain treatment. Unitaid has also been able to reduce the price of HIV/AIDS drugs for children by 80 percent and for adults by 60 percent, the price of a new drug against malaria by 85 percent and the price of tuberculosis tests by 40 percent.

After the H1N1 outbreak in 2009, France took stock of all of the challenges that hindered its response and launched the REACTing initiative (REsearch and ACTion targeting emerging infectious diseases) to improve research preparedness in the absence of a crisis and optimize research capacity during a crisis. REACTing is a national collaborative network of organizations and research groups that cover public health-related fields. REACTing strengthens its collaboration with low—and middle—income countries and serves as a single point of contact for international organizations. At the height of the 2014 Ebola epidemic in West Africa, REACTing mobilized a multidisciplinary team of experts that assessed the epidemic, addressed key research issues and defined the research priorities. The team launched several projects in less than two months, which provided important information on diagnosis and treatment among other topics.

A year later, REACTing convened experts and local stakeholders in Martinique, Guadeloupe and French Guiana to address key research issues surrounding the Zika outbreak, including the association between Zika virus infection and microcephaly. A profile of the French government’s response to the 2016 Zika outbreak described how the country was able to rapidly mobilize all required expertise and strengthen specific aspects of its healthcare system.

In May 2017, France expressed serious concern about the spread of cholera in Yemen, which suffered the world’s worst outbreak in modern history. In addition to calling for a political solution to the conflict, France donated €2 million to provide emergency assistance to the people of Yemen. Five months later, France hosted an international meeting in which governments, WHO, aid agencies and donors pledged for the first time in history to prevent 90 percent of cholera deaths by 2030.

Prior to the establishment of the Paris Agreement, the French government laid the groundwork by organizing meetings with various governments and collaborating with think tanks and international organizations to generate ideas for combating climate change and preventing the worst consequences. In December 2015, France led the negotiations that resulted in the Paris Agreement, an international binding treaty that 196 representatives signed during the 21st Conference of the Parties of the United Nations Framework Convention on Climate Change (UNFCCC) in Paris. In July 2017, one month after U.S. President Donald Trump announced his intention to withdraw from the agreement, France’s environment minister, Nicolas Hulot, announced France’s five-year plan to ban all petrol and diesel vehicles by 2040. Hulot also stated that France would no longer use coal to produce electricity after 2022 and that up to €4 billion will be invested in boosting energy efficiency. In partnership with the United Nations and World Bank, France hosted the One Planet Summit in Paris in December 2017.

Because no one country can protect the health of its people on its own, the ability to bring various stakeholders together and come to a consensus is a prerequisite for mitigating health-related challenges and saving lives. France’s example shows that soft power can be the key to improving global health outcomes.

Note from the CPD Blog Manager: This piece, written by Tara Ornstein, originally appeared in the 2018 Soft Power 30 report.

Tara Ornstein is a multilateral advisor for the US Agency for International Development (USAID). Tara is an international affairs and global health professional specializing in the management of international research and service delivery programs.