Home|Thinking and Writing About Terrorism: Reflections on an Uncertain World 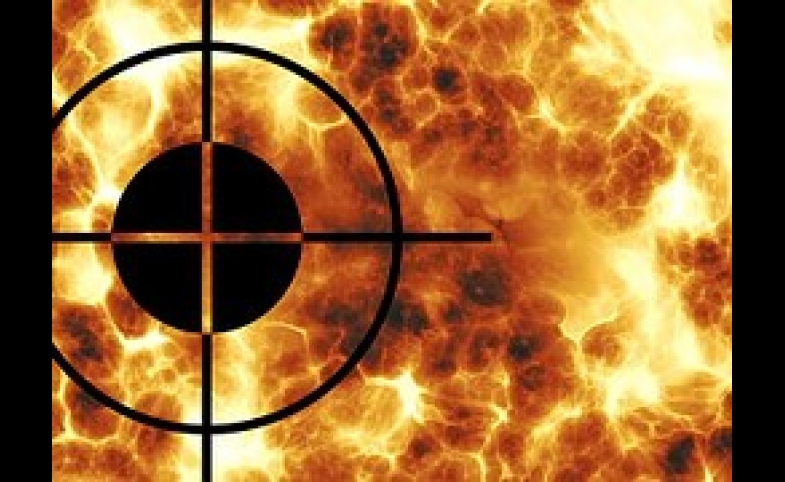 Thinking and Writing About Terrorism: Reflections on an Uncertain World

I am writing a book that will be called Confronting Terrorism. It examines the evolution of terrorism that culminates, for now, in the Islamic State’s ability to hold and “govern” substantial amounts of territory. This requires me to immerse myself in both the literature of terrorism and to view, from a distance, the nasty realities of this topic. I do not pretend to be as intimately involved as are the people who must live under terrorism’s darkest shadows every day. But I think a lot about how terrorism’s presence changes our world.

For a start, I wonder just who the terrorists and their enablers really are. Are they the fighters of the Islamic State, who have horrified much of the world by beheading and otherwise executing their captives? Are they the Syrian generals who command their pilots to drop barrel bombs on civilians? Are they the members of the various groups that believe they are serving Islam by becoming ever more bloodthirsty? Are they the foreign powers such as Russia that fire their missiles with little concern for the “collateral damage” (an obscene term) that they cause? Are they the leaders of much of the rest of the world who express horror but do next to nothing? Terror is enhanced by many.

In my book, I will examine the now-familiar array of terrorists’ organizational tools, especially those that are media-related. But I wonder if it is possible to become so fixated on Islamic State’s tweets and videos that larger, if more amorphous, matters receive too little attention.

Where, for instance, is the recognition that efforts to dissuade prospective Islamic State recruits will have minimal effect as long as Arab governments alienate themselves from their own citizens, especially the younger ones, and drive the marginalized and ostracized into the arms of extremists? Human rights matter to people, as does the integrity of Arab territory. And so, when various emirs and sheikhs lash and jail advocates of free speech, or when they allow Western military bases to take root in their lands, switching allegiance to Islamic State, Al Qaeda, or other such groups seems more logical.

Terrorist organizations’ recruiting efforts also benefit from the hopelessness that pervades the daily lives of so many young people in Arab nations and among the Arab diaspora (and from other scattered places, such as Afghanistan and Chechnya). The principal concern is not about building democracy, but rather about having a life with basic dignity: a job, a place to live, food on the table, education and health care for children. Also, particularly within the diaspora, extremist recruiters can play on the lack of respect shown toward uprooted Muslims and their faith.

Rather than surrender to such difficulties, those wishing to undercut extremism should rely more heavily on “collaborative public diplomacy.”

Those recruiters are further aided by political rhetoric from Western politicians, such as candidates in the Austrian and American presidential campaigns, who have found that racism and nativism produce votes. Islamophobia is spreading, and it contributes to the feeling among Muslims that they and their religion are under siege.

Faced with seemingly intractable problems of violence, politics, and refugee resettlement, governments outside the Arab world must decide what to do next. Military action has limited effect, especially because Islamic State has proved able to fluidly metastasize and expand into Libya, Somalia, Afghanistan, and elsewhere. Public diplomacy efforts of Western governments and NGOs are often viewed with suspicion and so have found it difficult to gain traction within the region.

Rather than surrender to such difficulties, those wishing to undercut extremism should rely more heavily on “collaborative public diplomacy,” in which pride of ownership is set aside in favor of enhanced credibility. In countries such as Tunisia (which has been a major source of Islamic State recruits) the most effective public diplomacy would be to create programs that focus on economic development. Help people get jobs so they can support their families and they will be less likely to pay attention to extremists. Such programs could be funded but not branded by Western sources; Arab and Muslim NGOs would be at the forefront.

As I research and write, I try to figure out how all this will end. Where will today’s 20-year-old Islamic State fighter be 20 years from now (if still alive)? Will he still be committed to violence, or will he have turned to a more constructive life? What about the children who are seeing so much death and destruction around them? Will they grow up determined to seek vengeance, or will their experiences lead them to make certain that their own children will not experience similar agony? And what of rebuilding? Will Syria ever again be habitable, and if not, will the millions of Syrians who have fled remain in Europe or seek new homes in other Arab nations?

The search for answers to such questions takes place in a globalized society shaped by new media that keep terrorism close at hand. When there is an attack, be it in Baghdad or Brussels, we are all wounded in one way or another by the fear and anger that alter the way we live.

Writing a book about terrorism is difficult because so much changes so quickly. My project is focused largely on Islamic State, and who knows what its status will be when the book is published in late 2017? One thing that will not change, however, is the profound sadness caused not just by the physical aspects of terror attacks, but also by the losses among those whose futures have been obstructed or even obliterated by terrorism and all that it entails.