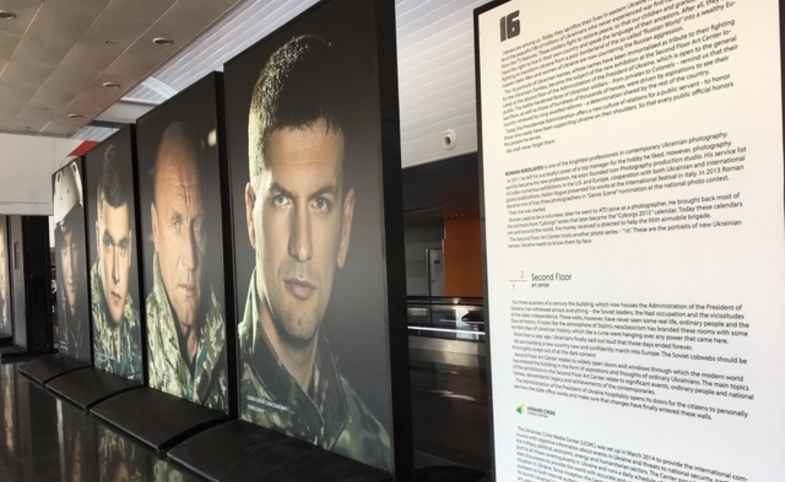 But the kind of tough job facing a spokesman that we should really respect is the one performed for the past three years by Col. Andriy Lysenko, spokesman of the Ukrainian armed forces. He comes daily to the Ukraine Crisis Media Center in downtown Kyiv and reports on-the-record on the state of the war in Ukraine’s eastern regions.

Not the state of diplomacy. Not the results of the latest Normandy Group meeting. Not the speculation about the latest debate in parliament.

Col. Lysenko’s mission is to report the facts of what transpired, from the Ukrainian military’s point of view, along the front lines of the conflict in Donetsk and Luhansk regions, along Ukraine’s eastern border with Russia.

Many days, perhaps most, there are casualties to report. On the day I write this (June 7), there has been shelling and sniper fire over the past 24 hours directed at Ukrainian positions at several distinct points along the nominal ceasefire line. Lysenko goes methodically through the details, at a podium, speaking in Ukrainian, simultaneously translated into English:

The day-in, day-out work of the Ukraine Crisis Media Center also helps to keep international attention on Ukraine while boosting morale at home.

The narrative goes on for a few minutes. The details matter greatly to the soldiers in the field, their commanders, and the civilians who live nearby. For most others, the details are opaque:  they simply want to know if their loved ones are safe.

Then, unless there are questions, it’s over. On a day like this one, there may be no one in the room: journalists and others who need to know can watch the briefing via live video feed or catch up later on YouTube (UACrisisMediaCenter). One must assume that the enemy pays careful attention.

There are several things that can be said about this approach. First of all, it shows a degree of openness about public information. The Ukrainian government realizes that it has to be available to the press and public on a daily basis on a matter of such grave concern to the citizens of Ukraine. Second, by using a military officer in uniform, it underscores that it is providing a military communique from the battlefront, not political spin. Finally, it serves as a constant reminder that this military stalemate exists because there is a political one. The Minsk Agreement of 2014 had as its first point an immediate battlefield ceasefire. In the intervening three years, except for January 20-22 of this year, the guns have never been silent for more than 48 hours.

The world’s sympathy for the Ukrainian cause might have diminished by now were it not for Russia’s own actions — interference in elections in Europe and the United States, aggressive behavior in Russia’s “near abroad,” and Putin’s unconditional support for loathsome Syrian dictator Bashar al-Assad. Putin’s own actions are an antidote to the international community’s bouts of “Ukraine fatigue.”

The day-in, day-out work of the Ukraine Crisis Media Center also helps to keep international attention on Ukraine while boosting morale at home. In addition to the daily Ministry of Defense spokesman’s appearance, the Center’s small staff organizes hundreds of briefings and discussions on political and social reforms in Ukraine. They reach out to foreign media. They do info displays for public education. They deserve broad international support.

I cannot resist noting that while the Ukrainians have adopted “best practices” in international crisis communications, the Trump team back in Washington, D.C. seems intent on hunkering down. Reduced briefing schedules, less media access, threats to stop press briefings altogether. They could learn a thing or two from the Ukrainians.