Home|Can an America First Nation Get the World's Help After Harvey? 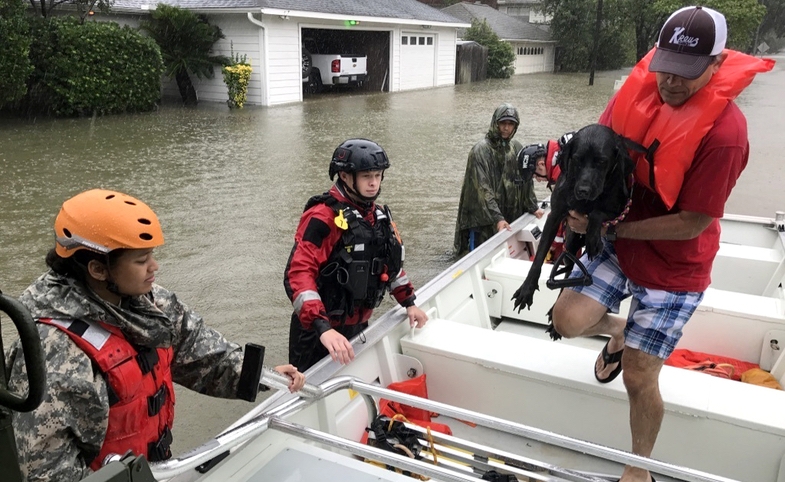 Can an America First Nation Get the World's Help After Harvey?

Natural disasters know no political boundaries. And that’s why international humanitarian relief flows so quickly, and in such great and humbling quantities, when hurricanes, earthquakes, and tsunamis strike.

But today, with Houston suffering as Mother Nature’s latest victim, will the world’s giving nations step-up and step-in to help American relief efforts?

Or are things in an America First world different?

Questioning the world’s appetite to help Trump’s America at this moment is a serious question.

In the wake of Hurricane Katrina and the New Orleans tragedy that followed, the world was tripping over itself to help George W. Bush and Louisiana. The relief efforts ranged from offers of Afghan cash to deployment of Thai doctors and nurses. The Spanish sent crude oil, electric generators, and food rations and Swedes airlifted over an emergency mobile phone network. The outpouring of help was overwhelming.

The downside was the United States was unable to accept and distribute the aid offered by 151 countries. Only $40 million of the $850 million offered in Katrina relief was used, $400 million worth of oil aid sat untouched. It turns out that while America was once pretty good at handing out aid around the world, a Heritage Foundation report made clear the USA is woefully unprepared and unable to accept help from others.

In contrast, the response to Harvey is near deafening silence. Maybe a distracted State Department experiencing attrition is unable to process foreign offers and aid. But it might also be that Trump actively alienates American friends and allies, boasts he is cutting USAID, and makes clear that America First translates into an aid policy of every nation for itself.

Countries seeking political payback, or simply eager to make a point, by sitting silent is a conceivable, if cruel, reaction to a White House that has been deliberately self-centered and dangerously provocative.

And some foreign countries seem disinclined to relieve an American humanitarian crisis when Trump is seen as behaving inhumanely toward his country’s own residents and citizens. Even if foreign policy substance has not yet changed much from Bush to Barack Obama to Trump, the tone has changed, in both its pitch and volume. America’s voice has clearly shifted from collaborative to combative.

History and memory must overcome national petulance when it comes to helping nations in need.

So instead of offering a helping hand, foreign leaders might be taking a Justin Timberlake-inspired attitude, with a “what goes around...comes around” approach to foreign aid.

Plus, messing with Texas might have the perceived benefit of allowing aggravated countries the world over to try their hand at messing up the one thing Trump seems to be getting right in the eyes of his voters as he leads a relatively stable and so-far cooperative relief effort.

But Texas can use foreign aid today, and not as many places are offering America help in 2017 as they did in 2005.

One of the few and certainly the most notable, immediate and difficult aid offers has come in from next door. America’s neighbor Mexico did not condition its humanitarian aid for Texas, but made sure to remind Trump it will not pay for a border wall. The Trump administration may reject the help.

In 2005, Mexico sent army convoys and a naval vessel to Texas to support Hurricane Katrina relief efforts, delivering food aid and medical support. Mexican President Vicente Fox ordered the Katrina aid, saving American lives and emphasizing at the time that America and Mexico were “neighbors and friends which should always have solidarity in moments of difficulty.”

Former President Fox is now better known for using YouTube videos to troll President Trump about the “fu*ken wall” than for his advocacy of humanitarian aid to the U.S.A. Mexico has taken offense at Trump’s scorn and threats, objecting to the characterization of Mexicans as rapists, drug dealers, and criminals.

Texas, of course, is home to an extraordinary number of Mexican immigrants. Mexico wants to be a good neighbor, but also to help those who are both Mexican citizens and Texas residents. Most other countries, both friends and allies, seem uninterested or disinclined to offer humanitarian aid.

National memory and bilateral goodwill may very well yet bring out the best in other nations wanting to help America. In Italy, I once witnessed how history can guide a nation’s future humanitarian actions. In 1989, I went to Messina, Sicily with Soviet President Mikhail Gorbachev’s wife, Raisa. She went to honor Russian sailors who saved 1,000 people in the devastating 1908 earthquake and to accept Sicilian donated medical devices for survivors of the 1988 Armenian earthquake. It was a moving, positive example of “what goes around comes around.” Even 81 years, two world wars, and a different country later, humanitarian sentiment and support survived.

History and memory must overcome national petulance when it comes to helping nations in need. America’s longstanding friend Israel just kicked into gear with its experienced aid teams for Texas. Belgium may, too, as it has always felt obligated to help the U.S.A. ever since Herbert Hoover’s heroically successful post-WWI efforts to save that starving nation.

Whether America and the Trump administration are ready, willing, and able to accept the world’s help is still unclear. America should, however, accept help from nearly any nation with the capacity and ability to save Texans and rebuild Houston. Getting aid from others, however, also means a national and moral American commitment to continue giving the world aid the next go-round.

The global surge in refugees has left most of the financial burden on developing countries in volatile regions. According to the UNHCR, low- and middle-income countries play the greatest role in sheltering the world’s...