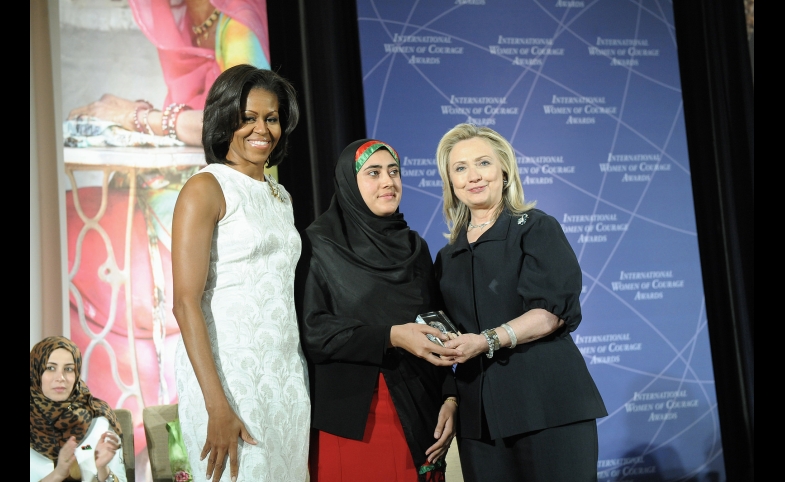 In Choosing Female Leaders, U.S. Trails Behind Many Nations

Every election brings new questions about the qualities and character of national leadership, in the United States and abroad.

In the 2008 presidential election, the big question was whether America could elect a nonwhite man—in this case, an African American—as president. Up until then, all U.S. presidents had been white Christian males of European descent.

But disruption was in the air. France, for example, had selected a Greco-Hungarian of Jewish ancestry as president the year before Barack Hussein Obama’s victory.

In 2016, as the country moves through its primary season, U.S. voters are considering making history in other ways. Will they elect a septuagenarian Jewish socialist, a boisterous billionaire political neophyte, a Cuban-American born outside the United States? Or, after a few years of primary female also-rans, finally elect a woman to the highest office in the land?

If the United States does elect a woman, whether Hillary Clinton, a Republican-convention-brokered female candidate (Carly Fiorina? Condoleezza Rice?) or perhaps a write-in third-party contender as president, it would be following the lead not only of the world’s most developed nations, but of many countries spanning a broad economic and political spectrum.

Impoverished India, the world’s largest democracy, chose Indira Gandhi as prime minister from 1966 to 1977. Next door, India’s greatest adversary, Pakistan, also chose a woman, two-term Prime Minister Benazir Bhutto. Both women served, neither was a pushover, and both paid the ultimate price for their service: They were assassinated.

Prime ministers and chancellors are chosen by their parties, but female leaders have won direct popular elections, too. Iceland’s President Vigdís Finnbogadóttir served from 1980 to 1996 and was that country’s—and Europe’s—first female president and feminist-in-chief.

In Asia, Corazon Aquino eschewed the opulence of the toppled Ferdinand Marcos’ regime and the traditional Malacañang Palace during her six-year Philippine presidency. In South America, Michelle Bachelet is serving her second non-consecutive term as president of Chile. Ireland’s former president Mary Robinson is now the U.N. High Commissioner for Human Rights—a task of increasing importance and attention.

Developed and developing states choose women. So do transitioning democratic states, such as Myanmar’s Aung San Suu Kyi. When Taiwan decided to play tough with the world’s most populous nation, China, it chose Tsai Ing-wen to take office next month.

In Africa, the estimable Ellen Johnson Sirleaf, the Liberian leader and Nobel Prize winner, is a paragon of ethics and leadership, and brings dignity and a reform agenda to a troubled country and continent.

When it comes to leading a country, size does not matter. In teeny-tiny San Marino, 17 women have been heads of state since 1981.

Big or small, there is not a continent on Earth that has failed to elect a woman to lead a nation...well, two: North America and Antarctica.

That’s not to say that elected, appointed or anointed female heads of state are a panacea for global, or even local, problems. Corruption and failure are gender neutral and an equal-opportunity temptation for all races, religions, creeds and sexes. A look south reveals two embattled Latin American leaders on the brink of trial or impeachment: Argentina’s recent former President Cristina Fernández de Kirchner and Brazil’s current highest officeholder, Dilma Rousseff.

(Disclosure: My wife served as a U.S. ambassador under Secretary of State Hillary Clinton and actively supports her.)

Over 200 years ago, President George Washington warned Americans about foreign powers undermining American democracy by tampering “with domestic factions, to practice the arts of seduction, to mislead public opinion, to...

Russia worked to take down Hillary Clinton in 2016, but it may have been Cuba that delivered Donald Trump the White House. Cuba brought the world Trump? It’s hard to imagine Cuba had anything to do with the 2016 U.S....

CPD has curated a special collection of blogs, essays and videos exploring the global impact and interest in the U.S. Presidential election. Topics covered in this roundup include the changing nature of political speech, how...