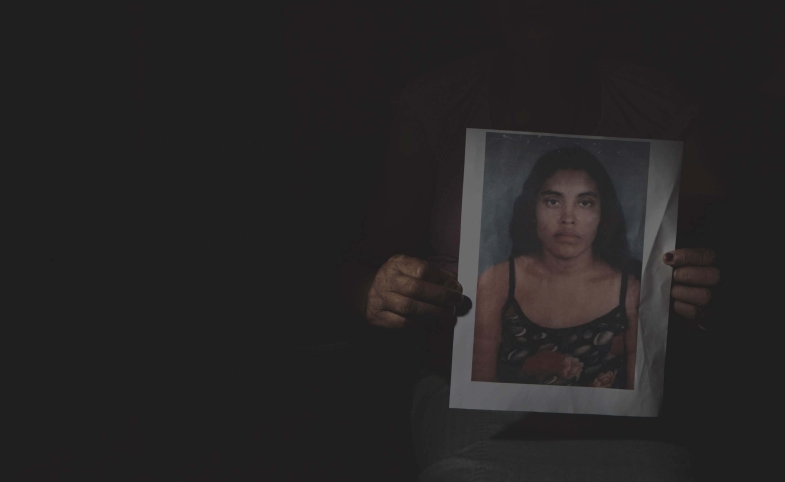 This holiday season, more than 50 million people in the U.S. alone will travel home to spend time with their families. Unfortunately, there are thousands of families across the globe who won’t have that chance.

The International Committee of the Red Cross (ICRC) estimates that every year, hundreds of thousands of people leave their homes in search of a better life, but many of these people disappear along the way, seemingly without a trace. To bring answers to the families left behind, the ICRC launched a new website: MissingMigrants.icrc.org, which aims to inform the international community about the people who go missing during the migration process and their families’ anguish.

The website uses a compelling mix of Polaroid photographs, video footage and handwritten messages to express the pain and suffering of the families of missing migrants. In June 2107, ICRC photographer Kathryn Cook-Pellegrin met these families in Guatemala, Honduras and Mexico and traveled with migrants walking the route for three weeks.  She collected the photographs and testimonies to tell these families’ stories in their own words and pictures. In an article published by the Thomson Reuters Foundation, Cook stated that nothing could have prepared her for meeting with the families of missing migrants, who were “desperate for any sign of life from their loved ones.”

The stories are heart-wrenching. One of the individuals profiled, Olga Edelmira Romero Medina (pictured, above), disappeared eight years ago when she left Honduras to find work in North America. Even though much time has passed, her mother and five children continue to search for her. Another individual is Salomé Oxlaj, who hasn’t been seen since February 2011. In a video interview posted on the Missing Migrants website, his wife in Guatemala tearfully recounts her efforts to find him as she sits next to their young son.

The ICRC explains that migrants are considered missing when their families cannot establish contact. Sometimes the migrants are detained without access to communication, and other times they perish along dangerous migration routes, where their remains may not be found or identified. Whatever the reason for the disappearance, the ICRC does its best to find out what happened and, if possible, to bring the missing person home.

The ICRC considers this work a part of its humanitarian diplomacy, which it defines as “persuading decision makers and opinion leaders to act, at all times, in the interests of vulnerable people, and with the full respect for fundamental humanitarian principles.”

One can argue that the ICRC’s efforts are needed more now than at any other time in the last 50 years.

In 2016, the Organisation for Economic Cooperation and Development (OECD) warned that “opinion polls in a wide range of countries suggest that the share of the public holding extreme anti-immigration views has grown.” That same year, CNN and other Western media described the backlash against international migration within the European Union and restrictions on asylum seekers and irregular migrants within the United States and Australia.

Humanitarian diplomacy has assumed unprecented prominence in the 21st century. Organizations like the ICRC and the U.N. High Commissioner for Refugees (UNHCR) speak regularly at the U.N. Security Council and other world fora.

Unfortunately, not all of the changes have been positive.

In 2016, U.N. Deputy High Commissioner for Refugees Kelly T. Clements described the “erosion of respect” for humanitarian workers. According to Clements, “the sanctity of humanitarian personnel, and the protection previously afforded by their mission, status and visible logos, has deteriorated to the point that in many conflicts, the UNHCR and others are deliberately targeted.” Attacks on humanitarian staff causes organizations to pull their staff from challenging environments, which impedes their ability to practice humanitarian diplomacy and to be perceived as impartial.

Nevertheless, using new technologies—as the ICRC has done to help find missing migrants—may provide new ways to maintain the security of staff as they continue to act in the interests of the world’s most vulnerable people.