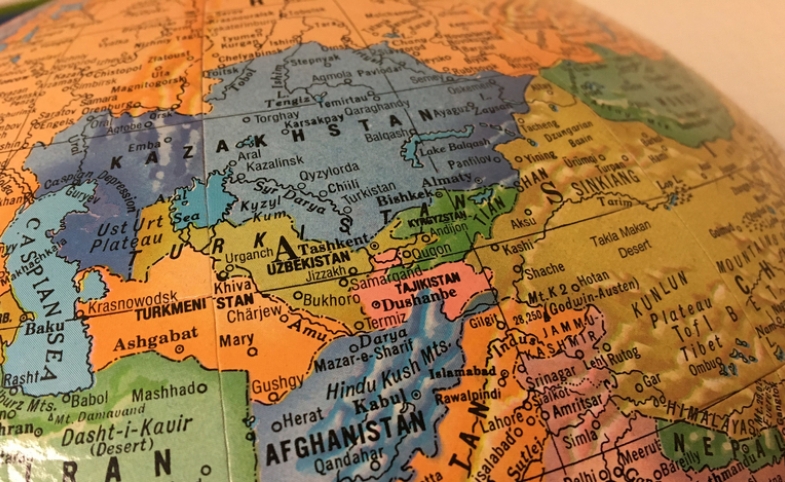 Meanwhile, Central Asia is a region of growing importance, situated in the crossroads between the “East-West” and “North-South” trade routes in the heart of Eurasia. Located on the historical and modern Silk Road, it is still in search of an identity. The powerful Russian, Ottoman, Persian and British empires competed for influence in Central Asia. Nowadays, these are Russia, China, Turkey, Iran, the EU, the U.S. and India, who are pursuing their economic, political and humanitarian interests. Still, recent trends demonstrate that Central Asian states are about to offer a new regional nation-branding strategy.

The Central Asian region is blessed with an abundance of natural resources. Travel tourism has untapped potential, from the historic sights of Bukhara in Uzbekistan to the moon pictures of Ustyurt Plateau in Kazakhstan. Still, there are many obstacles in the way of successful nation branding.

The region is predicted to face political uncertainty and potential clashes due to changes in political leadership. Radical extremism can be seen as a hazard for the region bordering Afghanistan, which has not been very successful in dealing with this threat for dozens of years. Central Asia is a land of contrasts: regardless of an active civil society and well-educated elites, some countries in the region are still associated with authoritarian regimes, social injustice, socioeconomic discrepancies, corruption and dysfunctional legal systems. Potential interethnic clashes in Fergana Valley and skirmishes over disputed territories may also undermine nation branding efforts.

Some negative stereotypes influence foreign perceptions of Central Asia. These countries are still facing the “Problem of Borat Recognition” that they are trying to solve. For example, Kazakhstan’s President Nursultan Nazarbayev has established the Astana International Financial Centre that will be based on principles of English law, the preferential tax regime and an independent financial court. It demonstrates a desire to be seen not as economic blackwater, but blue ocean.

Who is the target audience of these strategies: is it strategically defined, regionally oriented or global?

At the same time, in the sphere of foreign policy, these countries demonstrate multi-vector diplomacy and brand themselves as platforms for political negotiations (e.g., the 2017 Astana talks about Syria and, since 2007, the decision of Ashgabat to host the United Nations Regional Centre for Preventive Diplomacy for Central Asia). Central Asian countries attract tourists through cultural heritage, but at the same time they are trying to create a unique, self-distinctive, modern image by building functioning institutions.

Currently, the question of regional integration is on the agenda. Recently held visits of the heads of three states and the son of Turkmenistan’s leader to Kazakhstan (the first event of its kind in the last nine years), the celebration of the ancient spring Novruz holiday by President Nazarbayev in Uzbek Tashkent, the establishment of a visa-free regime between Uzbekistan and Tajikistan, and the launch of new transport routes enable us to speak about growing regional integration, drafting a new regional agenda. It’s necessary to emphasize that it all became possible since Shavkat Mirziyoyev became President of Uzbekistan at the end of 2016. Unlike his predecessor Islam Karimov, he demonstrates readiness toward new forms of regional dialogue.

There are some common features in the nation branding of the five “stans.” Central Asians organize costly nation-branding events (e.g., the 2017 World Expo, World Nomad Games, World Kokpar Championship) instead of solving burning internal problems (e.g., reorganizing so-called “monotowns,” economically depressive single-industry cities). Also, a clear communication strategy has only been shaped (the Astana World Expo 2017 commercials were not very convincing in comparison with those from the Dubai World Expo 2020). And it is hard to say who is the target audience of these strategies: is it strategically defined, regionally oriented or global? We can presume that it is not yet defined, but in the future, it will be potential tourists and investors, foreign opinion-leaders and decision-makers from neighboring countries and key foreign partners.

In the digital age, Central Asian countries are trying to find the right solution for reaching Edmund Gullion’s “the last three feet”—directly approaching a foreign target audience while branding themselves as attractive, credible, open-minded and conducive to dialogue, not monologue. There is still work to be done for successful nation branding of the whole region and for the five countries in particular. As it was mentioned by Dr. Alisher Faizullaev, director of the Negotiation Laboratory at the Uzbekistan University of World Economy and Diplomacy (UWED) and Ambassador Extraordinary and Plenipotentiary, coordination of state structures and civil society is needed.

Nation branding needs to undergo a thorough audit. It is necessary to attract well-informed and critical scholars capable of making their assessments and suggestions heard by decision-makers.

Recently, while surfing around the Korean internet, I bumped into one fascinating ad. It said that the new Korean International University in Ferghana (KIUF) in Fergana, Uzbekistan was about to open its doors, and new...