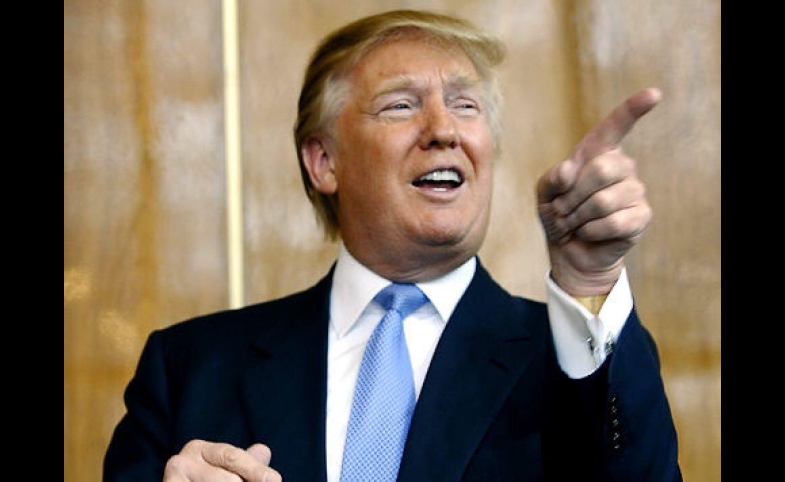 American presidential politics are crazy enough without having other countries getting involved. Despite a mixed track record where foreign endorsements have little to no effect on election outcomes, overseas observers do their best to be political kingmakers in the United States.

Donald Trump is the latest target of an active collection of citizens and leaders from abroad. He is the nonpolitician many Europeans love to hate and some Middle Easterners hate to love.

From an endorsement by Russian President Vladimir Putin to a popular petition for banishment from Britain, the Republican polling phenom is the subject of praise and pillory from foreigners.

His contested role in Islamic State recruiting and Mexican deportation plans make him the ideal candidate for overseas institutions and individuals who profit by vilifying caricatured, self-aggrandizing Americans.

But can a foreign nation’s political pariah become America’s president? Can another country’s population or leadership have a direct effect on U.S. politics? There is no simple answer.

In the 2012 U.S. presidential election, Benjamin Netanyahu supported his former Boston Consulting Group colleague, Mitt Romney, over incumbent President Barack Obama. This outright support for Romney did not seem to have much effect on the outcome, but it did and does raise the question of when a foreign political intervention can help or hurt an American candidate.

In 2008, foreign leaders tripped over themselves to endorse the man who would become the first African-American president. Prime ministers and presidents from nations including Sweden, the United Kingdom and Nicaragua expressed their preference for the Illinois senator over the one from Arizona.

The John McCain camp fought back, arguing that Obama’s foreign support was cause to reject him at home. The Republican National Committee targeted robo-calls to Florida voters, telling them any friend of Nicaragua’s Daniel Ortega was no friend of the United States. The results were clear: Obama won Florida. Twice.

Some political science studies show that transnational celebrity endorsements can make an electoral difference, in particular with younger voters. Popular musicians and actors also seem to have an effect in politics, particularly in policy and for supporting humanitarian interventions.

Foreign leaders do not fall into the celebrity category and their endorsements should be seen as a hedge on their part, betting they can gain early favor with a future president.

Everything seems different this cycle. The smart money says Trump cannot win. And yet Putin already has expressed cynical and calculated support for The Donald. By supporting Trump, Putin is making less of a bet and taking more of a dig at the current U.S. political leadership, while trying to confuse further an already addled electoral process.

Trump will be tested soon enough in Iowa and New Hampshire. In the meantime, sincere foreign leaders will keep their powder dry until the general election, or until they detect a clear victor.

That does not mean that foreigners will give up trying to influence American politics. The British Parliament is scheduled to debate Trump’s fitness for entry into the U.K.

There is a risk, however, that any foreign anger or organized opposition could cause a domestic backlash, helping any American under attack. If Trump attempted a Berlin rally today the way that Obama had in the 2008 campaign, would a foreign populace rally around or riot against the American? And would that help or hurt his electoral chances? In this election cycle, all bets are off.

Foreigners can neither vote nor invest in American elections. Regardless, they know they have a stake in the outcome, and will not quietly sit this one out. Bet on that.

Russia worked to take down Hillary Clinton in 2016, but it may have been Cuba that delivered Donald Trump the White House. Cuba brought the world Trump? It’s hard to imagine Cuba had anything to do with the 2016 U.S....

A Bush-Obama Alliance Is Needed to Protect PEPFAR

The greatest achievement of George W. Bush’s presidency was the creation of the President’s Emergency Plan for AIDS Relief (PEPFAR). Begun in 2003, the program was extended by President Barack Obama, and to date it has saved...