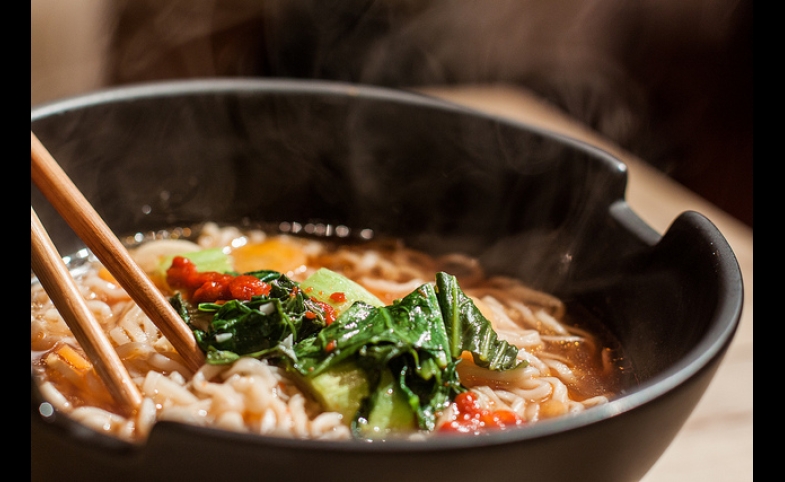 Few things bind people more immediately and indelibly than food. That is the premise of this year’s World Expo in Milan: Feeding the Planet, Energy for Life. Several countries have recognized the extraordinary public diplomacy opportunity afforded by sharing their national dishes. Many have gone so far as to devote significant amounts of their treasure to funding formal campaigns to share their cuisine and their culinary expertise across the globe. Below is our list of some of the most active and thoughtful gastrodiplomats around.

Thailand introduced gastrodiplomacy to the global stage in 2002 when it launched its "Global Thai" campaign. Their objective was to both increase the number of Thai restaurants around the world and to make dishes like Pad Thai and Pad See Eiu internationally recognizable. Additionally, the campaign sought to raise Thailand's profile abroad, branding the country not just as a culinary destination, but also to cultivate economic opportunities and partnerships for Thai chefs, food products and culture.

The Nordic Food Movement began in 2004 as a way to promote locally sourced ingredients, traditional dishes and modern culinary techniques from the region. In November of that year, Nordic chefs and food professionals met in Copenhagen to discuss "the potential for developing a new Nordic food culture." The objectives of the movement were to promote the Nordic countries as a culinary destination, preserve traditional cuisines and practices and bolster the economy through tourism, trade and development. In 2011, the Council recognized the public diplomacy value of the "Nordic Food Programme" and launched "Nordic Food Diplomacy."

"The Malaysia Kitchen Programme," the country’s gastrodiplomacy initiative, debuted in 2006 with a campaign to market the country as a "halal hub" within the Muslim world.  Beginning in 2010, the Malaysian External Trade Development Corporation (MATRADE) launched "Malaysia Kitchen for the World" in five key markets: the United States, the U.K, Australia, New Zealand and China. This campaign brought top Malaysian chefs to food festivals and events, invested in international Malaysian restaurants and restaurateurs, and opened night markets at major global cities including London, Los Angeles and New York, all in an effort to showcase Malaysian food and culture and brand the country through its cuisine.

The Peruvian government began promoting its cuisine in 2006 with a tourism campaign called "Perú Mucho Gusto" (translated as "Peru, nice to meet you" and "Peru, full of flavor"). This campaign resulted in the funding of national cookbooks, high-profile food festivals, and the establishment of Peruvian restaurants all over the world. While the overarching goal of this gastrodiplomacy campaign was to bolster the country's national brand through its food, a second key component aimed to have Peruvian food recognized as a "culinary treasure" on UNESCO's Intangible Cultural Heritage list.

The 2009 launch of  "Korean Cuisine to the World," a $77-million initiative that has become known internationally as "Kimchi Diplomacy," marked South Korea’s gastrodiplomacy debut. With the express goal of quadrupling the number of Korean restaurants overseas and establishing Korean food as a major global cuisine by 2017, funds from this initiative have sponsored culinary classes at Le Cordon Bleu and the Culinary Institute of America, and supported Korean students with grants and scholarships to attend international culinary schools and food festivals. The government also helped fund a team of "Bibimbap Backpackers," a quintet of backpackers who dished out bowls of the spicy Korean beef and rice dish to more than 8,000 people across 30 countries during their 8-month international tour.

"All in Good Taste: Savor the Flavors of Taiwan" is the official name of Taiwan’s gastrodiplomacy campaign launched in 2010 and sponsored by its Ministry of Economic Affairs. Known colloquially as “Dim Sum diplomacy,” this campaign invested $34.2 million over four years in an effort to raise Taiwan’s international brand, including its culinary, cultural and commercial offerings. To that end, Taiwan has hosted international food festivals and competitions and sent its chefs to culinary schools and events overseas. The government has invested funds in a Taiwanese food foundation which seeks to both develop and promote Taiwanese restaurants, coffee shops and ingredients to an international clientele.

In 2014, Australia’s Ministry of Tourism allotted $10 million to fund its global campaign, “There’s Nothing Like Australia,” which included a year-long gastrodiplomacy program, “Restaurant Australia” aimed at 12 international markets. This campaign consisted of a “rallying cry” that encouraged Australians, both ordinary consumers and those working within in the tourism and hospitality sectors, to post stories on social media about the country’s culinary offerings, as well as a week-long gastronomic tour of the entire country by a team of 80 international influencers who blogged, tweeted and shot images of their experiences for the rest of the world to follow. The campaign concluded with a 250-person dinner aptly titled “Invite the World to Dinner.”

For more CPD content on Gastrodiplomacy, take a look at the following:

It’s red carpet time again in Brisbane, Australia. Last week the "New World City" hosted the Asia Pacific Screen Awards (APSA) for the ninth year in a row. Presenting the best films of the Asia Pacific region to a global...