Home|Collaborative Public Diplomacy Is at Work in Syria 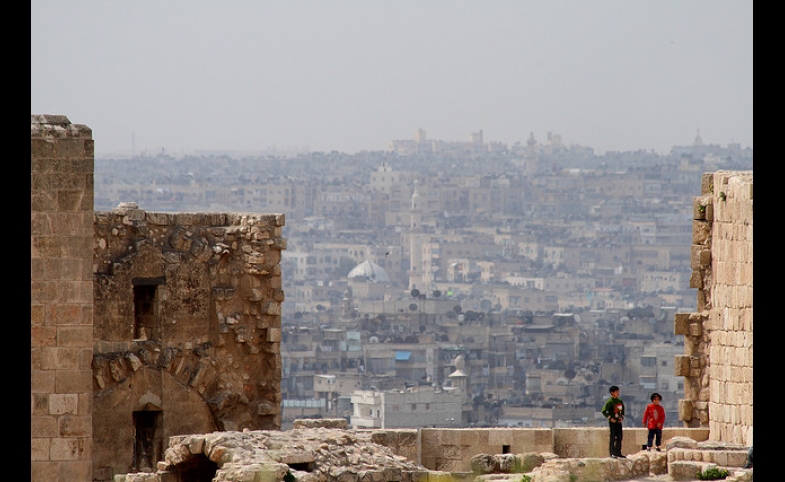 Collaborative Public Diplomacy Is at Work in Syria

Finding any encouraging news coming out of Syria is difficult. The Bashar Assad regime clearly will pay any price to retain power, inflicting misery upon those parts of the population it can reach. Parts of Syria, however, remain outside the control of the government and the similarly vile extremist groups that defile their religion through their bloody tactics.

In these areas of the failed state, maintaining order is a constant struggle against anarchy. The United States, Denmark, and the United Kingdom (and soon to be joined by The Netherlands) are working together on the Integrated Community Security Program (ICSP) in some areas of Syria that are not controlled by the central government or extremists. Among the program’s goals is sustaining a civilian police force in Aleppo, Syria’s largest city.

For the United States, the work is being undertaken by a number of State Department offices, particularly the Bureau of Conflict and Stabilization Operations and Bureau of Counterterrorism. If, as seems likely, Syria ends up splintered into a number of pieces with Assad’s Damascus government ruling only part of its former domain, the contest for the remaining parts will be intense, but not wholly military. People’s loyalty is likely to be won by those who can ensure stability with some degree of justice, which is what ICSP is trying to foster.

The United States could not do this alone. Congress and the American public are wary about any involvement in yet another Middle East mess, and so the collaborative nature of ICSP is particularly important. In Aleppo, for example, Denmark and the United States share the police force’s administrative costs, and this allows greater U.S. support in the form of communications gear and vehicles.

This is a useful example of increasing public diplomacy’s effectiveness by creating teams with shared interests. The countries involved in ICSP would have much less impact in Syria if they operated solely on their own. Further, even in the many nations where armed conflict receives the most attention, helping to build civil society – a perfect role for public diplomacy – should not be ignored.

In the United States and elsewhere, public diplomacy funding is usually in short supply, and this should provide incentive for additional joint ventures. International organizations, such as the United Nations, and NGOs may be involved in similar efforts, but the advantage of projects such as ICSP is that it lets the participating countries tie the work to their own foreign policy priorities, which is important in securing funding and political backing.

As advocates of public diplomacy seek to gain greater traction for their work, such collaborative approaches merit more attention. The sadness that envelops Syria cannot be fully dissipated by these projects, but where hope is such a rare commodity this form of public diplomacy has great value.