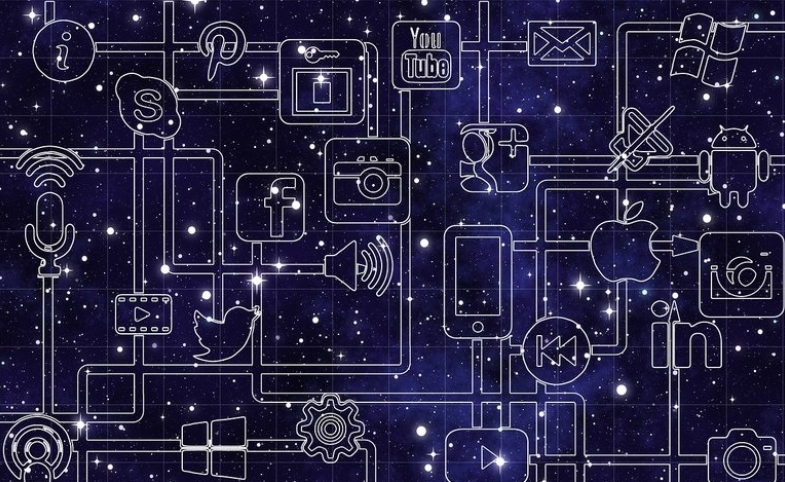 In the introductory chapter to the edited volume on Digital Diplomacy: Theory and Practice that Marcus Holmes and I published four years ago, I asked the question of whether digital technologies could be seen as a harbinger of change for diplomacy by revolutionizing the way diplomats perform their traditional functions of representation, communication and negotiation.

The first and surprisingly common misconception about digital diplomacy is the Superman myth, which claims that digital technology can grant extraordinary powers to those using them, and in so doing, it can help them increase their diplomatic clout to levels they might otherwise not be able to reach.

It is largely for this reason that small- and medium-sized states (e.g., Sweden, the Netherlands, Mexico, Israel, Australia) have proved so keen adopters of digital diplomacy, as it presented itself to them as a great opportunity to “punch” diplomatically above their political or economic weight. It is thus assumed that by being able to directly reach and engage millions of people, MFAs and their network of embassies could positively shape the views of the global public about the country of origin, and in so doing, they could increase the diplomatic standing of the country in bilateral or multilateral contexts.

The argument has a seductive logic, not least because of the scope, scale and reach that digital diplomacy affords MFAs to pursue. At the same time, it suffers from a structural flaw, namely, that digital technologies constitute a distinct source of power, which, if properly harnessed, can offset deficiencies in hard or soft power. In fact, the way in which digital technologies operate is by creating a platform through which other forms of power can be projected in support of certain foreign policy objectives. In short, the digital cannot give MFAs Superman strength, but it can help them channel the strength they already have more efficiently and productively.

The “Walk in the Park” Myth

The second and fairly entrenched misconception is the “Walk in the Park” myth, which supports the view that “going digital” is easy and that MFAs can successfully pursue their digital diplomatic ambitions with relatively modest investments in training and resources.

The speed by which the global public has migrated to the digital medium reinforces the idea of accessibility of social media platforms and the notion that anyone with basic technical skills can take part, shape and influence online conversations. What this view neglects, however, to acknowledge is the fact that with no clear direction or strategic compass, the tactical, trial-and-error methods by which MFAs seek to build their digital profile and to maximize the impact of their online presence cannot demonstrate their value beyond message dissemination. In other words, the adoption of digital tools without an overarching strategy of how they should be used in support of certain foreign policy objectives runs the risk of digital diplomacy becoming decoupled from foreign policy.

With 3.02 billion people or 38% of the world population expected to be on social media by 2021, a fast-growing rate of global mobile penetration and the anticipated launch of 5G technology in the next few years, the potential for positive and meaningful digital diplomatic engagement is strong and substantial.

The strategic use of digital platforms imposes order on digital activities through the definition of measurable goals, target audiences and parameters for evaluation. The goals determine the target audience, which in turn, determine the platforms, methods and metrics to be used. This implies that training cannot be limited to the art of crafting messages, but it must professionalize itself and focus on developing skills by which digital diplomats can strategically harness the power of digital platforms toward achieving pre-defined and measurable goals.

The third and growing misconception is the Extinction myth, according to which digital diplomacy will gradually replace or make redundant traditional forms of diplomacy.

On the weaker side of the myth, there is the perception that digital technologies have the capacity to fundamentally change how diplomats perform their traditional functions of representation, communication and negotiation to the point that they may even put an “end to diplomacy,” as Lord Palmerstone once similarly quipped when he took notice of the arrival of the telegraph.

Stronger versions of the myth go a step further and acknowledge the possibility of having physical embassies and even diplomats replaced at some point by virtual reality (VR) and artificial intelligence (AI), respectively. While digital technologies have demonstrated clear potential for revolutionizing how diplomats conduct public diplomacy, deliver consular services or manage crises, one should nevertheless be mindful of the fact that the core function of diplomacy that is relationship-building and management cannot be accomplished without close and sustained human contact.

The myth may thus be right about the fact that by increasing efficiency, digital technologies would likely reduce the number of diplomats required to perform certain routine functions. At the same time, the “extinction” hypothesis is hardly credible as the negotiation of human values and interests cannot be delegated to machines, and the amount of trust and mutual understanding that makes the “wheels” of diplomacy turn cannot be built without humans.

The fourth and rather dark misconception of digital diplomacy is the Darth Vader myth, which sees the positive potential of digital platforms for engagement and cooperation at risk of being hijacked by the “dark side” of the technology and redirected for propaganda use.

The digital disinformation campaigns attributed to the Russian government, which has allegedly been seeking to disrupt electoral processes in Europe and the United States in recent years, offer credible evidence in support of this view. More worryingly, the digital medium operates in such a way that makes it an easy target for propaganda use.

Algorithmic dissemination of content and the circumvention of traditional media filters and opinion-formation gatekeepers makes disinformation spread faster, reach deeper, be more emotionally charged, and most importantly, be more resilient due to the confirmation bias that online echo chambers enable and reinforce. That being said, one should be mindful of the fact that any technology faces the problem of double use, as the case of nuclear energy clearly illustrates.

Trends are also important to consider. With 3.02 billion people or 38% of the world population expected to be on social media by 2021, a fast-growing rate of global mobile penetration and the anticipated launch of 5G technology in the next few years, the potential for positive and meaningful digital diplomatic engagement is strong and substantial. As long as the prospective benefits of digital diplomacy outweigh the risks, the pollution of the online medium by the “dark side” would likely stay contained, although its pernicious effects might not be completely eliminated.

As we look forward to the digital transformation of diplomacy in the next decade, it is also important to keep in mind the technological context in which MFAs are expected to operate. The 3G mobile technology made possible, for instance, the development and spread of social media networks. The 5G technology, which is due to arrive in just a few years, will likely usher in a whole new level of technological disruption, which could lead to the mass adoption of an entire range of tech tools of growing relevance for public diplomacy, such as mixed reality, satellite remote sensing or artificial intelligence.

To a certain extent, the future is already here, as the appointment of the first-ever ambassador to the Big Tech industry by Denmark in 2017 signaled the arrival of a new form of diplomatic engagement between state and non-state actors and the key role that technology is playing in this transformation.