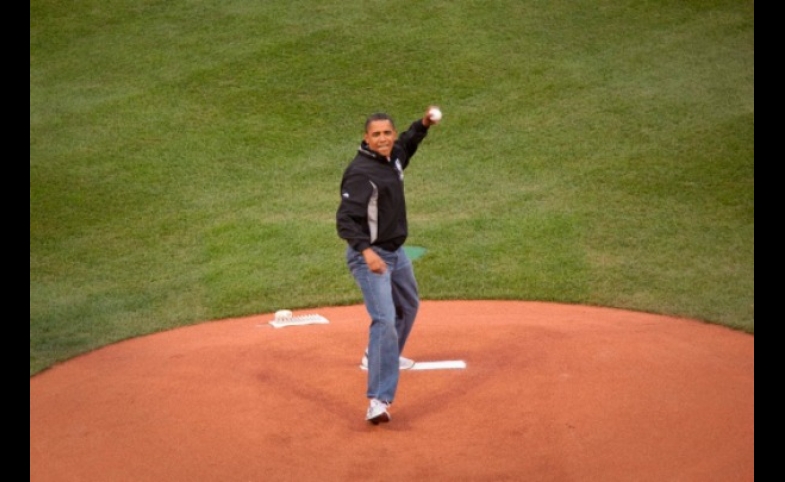 My wife comes from a large family and her father would always make a point when the kids fought. He would give them each a stick from the ground and ask them to break it. Snapping the singular twig in half was never a problem.

He then asked them each to find another similar sized stick, this time bundling them together and asking them to try breaking the bunch. None of them could do it.

President Barack Obama wants America’s friends and allies not only to remain tightly tied together, but to grow the group in order to make sure shared democratic values and open markets are defended and promoted. Most importantly, he wants to make sure America and her collective is unbreakable.

What we are witnessing is the end of “big-stick” policy. This is the era of bundled “little-stick” politics.

In his West Point commencement speech on foreign policy last week, the president reframed and restated the same argument he has been making since he took office in 2009. His administration will end wars, not start them; he will keep the “big-stick” option but use it only if necessary.

The idea of big-stick politics dates back to the days of the ancient Greeks, when Thucydides wrote that “the strong do what they can and the weak suffer what they must.” Teddy Roosevelt updated this approach for America in 1901 by saying, “I have always been fond of the West African proverb: Speak softly and carry a big stick; you will go far.” More than a century later, Obama has turned that Roosevelt reference on its head.

In Roosevelt’s empire-building world, where the United States was ascendant and had no real direct challengers, the “big-stick” policy got this country very far. But times have changed. The world has changed. It is more globally integrated, interdependent and interconnected. Borders are more permeable, identities more fluid, communications and transactions more direct and power more diffused. We all know this and we all feel it, even if we do not always know what it means.

The upside of what it means is that as long as nations and people in this evolving global village play by the rules, a big-stick approach is no longer as effective. It can even be counterproductive. The country has found this out the hard way in Iraq and Afghanistan.

As humans and as Americans, we aspire and hope for a better world, one for which Obama reminds us there are both intrinsic and real rewards. He encourages China, Russia and the rest of the world to respect and help enforce global standards. The hope is for everyone to follow international norms and respect international law.

For this to happen, however, will also require change in the way nations behave, particularly nondemocratic nations. His vision for the world requires both hope and change. His is an appeal to the international community to support a healthy global commons. He expresses a deep belief in humanity and in the strength of democratic ideals. As president, he is working to convince others of the wisdom of theses beliefs; the same articulated beliefs that earned him a pre-emptive Nobel Peace Prize.

The end of big-stick foreign policy is also the end of a form of political paternalism under Obama’s watch. For years, the rest of the world has looked to America – either with gratitude or resentment – as the world’s policeman. What the president made evident to the West Point cadets and to the rest of the world is that the United States will now mainly play the role of indispensable chief of police, but that others need to pony up more of their own beat cops.

Around the globe, regional neighborhood watch groups will need to self-police. If the world once called 911 and expected America on the other end, that call may be rerouted. Previously free-riding countries that naively underestimate local threats may balk at the change, but the president is telling them to grow up and be more responsible. He is telling them that together “we are the change we have been looking for.”

Obama recently said that his more cautious and collective foreign policy approach “avoids making errors.” Using a baseball metaphor, he explained, “You hit singles, you hit doubles. Every once in a while you may be able to hit a home run.” Here is the challenge for the president and the United States: Home runs can only be hit with a big stick.

This piece was originally published by The Sacramento Bee.