Home|PD and the Promotion of Countries as Social Phenomenon 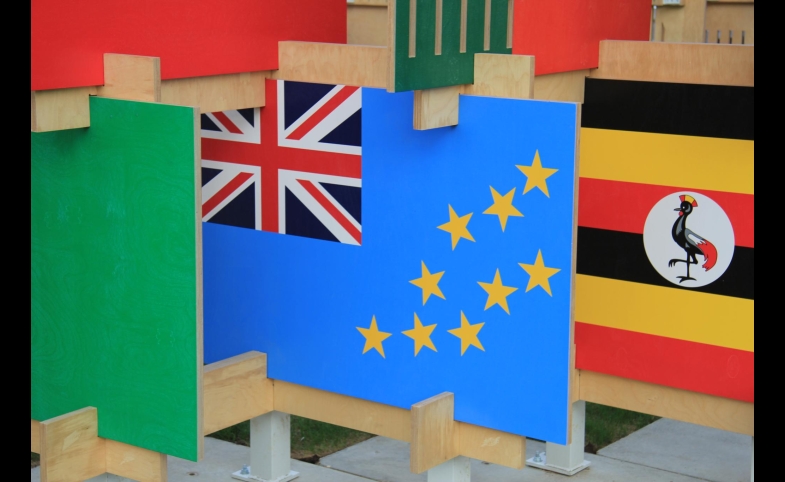 PD and the Promotion of Countries as Social Phenomenon

The practices of promoting countries are not new. The terminology is.

Countries have been cultivating their images and promoting their interests long before the mass media and new media age. And yet, only during the 20th century have dedicated terms been coined. This is how public diplomacy, nation branding, international public relations, and public relations for nations have become part of our current conversations. Some have even expanded beyond academia, business, and policy-making spheres to be part of public conversations, as it is in the case of nation branding.

Practitioners and scholars alike have started to describe, define, analyze and map these practices. And I argue they do it using existing theories and concepts from their “mother” disciplines, which leads to parallelism in research, with little interdisciplinary work (until recently) or critical work (until even more recently). The same practices have been studied in political science and international relations (as public diplomacy), economics and marketing (as nation branding) or communication sciences (as international public relations or public relations for nations). This “conceptual fog” impacts methodologies, imposing a certain limited and determinist way of thinking about the practices of promoting countries and, ultimately, on theory building.

This article is an invitation to look at the promotion of countries and its practices as a phenomenon. As a global social phenomenon.

This brings up two key questions: (1) Why have countries come to engage in promoting their images at such a large scale? (2) How can this complex social phenomenon be understood in terms of consequences and studied?

In other words, I propose bringing a sociological perspective into the conversation to change the focus from the important but dominant “how to improve, measure, and better master” these practices to the often neglected “why” and “how to better reflect on consequences” questions—a much-needed complementary approach, especially for theory development.

I proposed a social constructivist and interdisciplinary approach...looking at the promotion of countries as being constructs (institutional, organizational, social) that are subject to power relations (at institutional/organizational/social levels).

(1) Why have countries come to engage in promoting their images at such a large scale?

As I reflected on this question, I realized that we have become so used to the terms of public diplomacy, nation branding and public relations for nations that we rarely question how we got here. Now, we relate to them as a datum. Moreover, we are also talking about gastrodiplomacy, musical diplomacy, digital diplomacy, citizen diplomacy, city diplomacy, city branding, etc. This constant and rapid evolution of the practices and fields of study brings new interesting aspects to discuss and study. But it is precisely this that makes it necessary to look back at how it all started.

The catalyst for the momentum gained by country promotion practices was the success of the Neoliberalist paradigm, doubled by the accelerated development of information technologies, the Internet and social media. These led to thinking about the world in terms of a market; a global market in which not only corporate actors compete. Now institutions, organizations, and governments, along with NGOs, are also assuming a competitive Neoliberal paradigm to set the global agenda and gain visibility. In their efforts to engage with the increasingly diverse and active global publics, they have all started to adopt practices from the business sector and be concerned with the efficiency of their actions. Consequently, functionalist approaches dominate the scholarship and are meant to describe ideal models of practice, prescribe roles and set a normative paradigm of how things should be done, in general, and how countries should be promoted, in particular, in an efficient and effective way.

(2) How can this complex social phenomenon be understood in terms of consequences and studied?

During the last decade, there has been a (re)emergence of critical thinking within the scientific world which has also come to impact the studies on public diplomacy (Mohn J. Dutta-Bergman, Robert M. Entman, Manuel Castells), nation branding (Melissa Aronczyk, Nadia Kaneva) and international public relations (Jacquie L’Etang). Scholars in sociology, media, and cultural studies are thus bringing forward issues related to power, access to resources and existent inequalities that were mostly ignored in the literature on how countries are strategically communicated and promoted to foreign audiences.

Building on that, and on Berger and Luckmann’s classic work, I proposed a social constructivist and interdisciplinary approach to analyze this global social phenomenon of country promotion. In essence, this argues for looking at the promotion of countries as being constructs (institutional, organizational, social) that are subject to power relations (at institutional/ organizational/ social levels).

Thus, the practices of promoting countries can be integrated within multiple contexts, reflected upon according to the conditions of production to trace their historicity, establish a typology, and identify the gradual evolution of certain visions about how the countries are promoted.

Focusing on the phenomenon itself and not on the practice, it is possible to investigate the process of their institutionalization. Consequently, this perspective can offer explanations as to why certain countries have come to define the promotion of their image and interests as being public relations for the country (e.g. Switzerland), public diplomacy (e.g. USA) or nation branding (e.g. South Korea).

The internal dimension in country promotion is thus brought forward to complement the dominant existing focus on the external dimension. This is important as it makes room for other social actors to be considered when analyzing country promotion practices, thus revealing the dynamics of the interactions and negotiations that take place within countries at social and institutional levels. Ultimately, the implications of a constructivist approach reside in the wider diversity of methodological instruments that can be used.

For this theoretical framework proposed by the author in her PhD thesis and briefly presented here, Alina was awarded the 2015 PhD Award for Excellent Doctoral Theses of the European Public Relations Education and Research Association and Best Faculty Papers in Public Relations at the 64th Annual Conference of the International Communication Association (Seattle, USA, 2014).