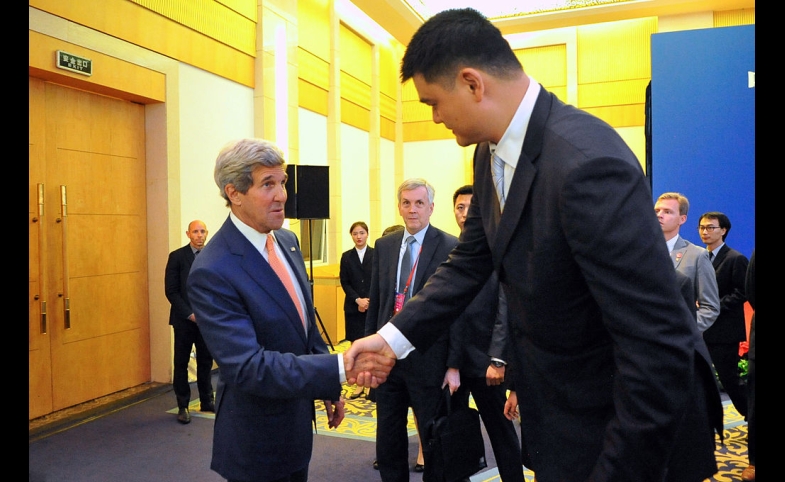 Much of American public diplomacy, like much of the rest of U.S. foreign policy, is reactive. When a crisis erupts, policymakers respond as best they can to limit the damage. In this social media era, they are often outpaced by those who are better prepared to use new communication tools to deliver their messages.

This catch-up-to-events approach is how public diplomacy is being employed to undermine the appeal of the Islamic State of Iraq and the Levant (ISIL) as it slashes it way through parts of Syria and Iraq, and to counter Russian meddling in Ukraine. By arriving late, however, public diplomacy ends up being little more than a participant in a propaganda battle.

Much energy and money are being spent on these efforts, but several principles of public diplomacy are being overlooked:

•    Public diplomacy should be designed for the long haul, not for damage control. It is based on the soft power concepts of influence and attraction, which take time to build.
•    That said, today’s public diplomacy can seldom afford subtlety. In dealing with the likes of ISIL and Russia, public diplomacy must be less minuet, more street fight.

ISIL is led by power-hungry thugs who malign a great religion through their actions. Some intelligence reports indicate that their extreme violence might finally be proving counterproductive, and public diplomacy that reaches into the ISIL recruiting grounds in the Arab world and Western Europe might further discredit ISIL and suggest alternatives for those who truly wish to advance the ideals of Islam.

Russia, on the other hand, is a far shrewder adversary, using violence less overtly in its sophisticated effort to reestablish its influence in areas once controlled by the Soviet Union. In a propaganda battle reminiscent of the Cold War years, the Kremlin paints itself as a defender of ethnic Russians wherever they might be, while the United States and its allies depict Russia as an expansionist menace.

Public diplomacy is, in large part, about presenting alternatives, and doing so compellingly enough to offset adversaries’ messaging. This is where the “street fight” aspect of public diplomacy comes into play.

Ukraine is unlikely to be the only country that Russia tries to pull back into its control, and U.S. public diplomacy planners should anticipate Russia’s future “soft aggression” and preempt the Kremlin’s efforts. This means working with governments such as that of Estonia – with 25 percent of its population ethnic Russian – on public diplomacy efforts that would make Russian-inspired separatism less appealing. The case is not particularly difficult to make. Estonia is free and prosperous, while Russia is…well, Russia.

But in Estonia and elsewhere, it is risky to underestimate Russian tactics that combine ethnic appeals and military pressure, and so if public diplomacy is thought to be helpful in such a case, it should be underway now rather than after Russia begins causing trouble and tensions escalate.

While the Middle East and Eastern Europe are capturing most attention, the United States should not ignore the world’s most active public diplomacy practitioner: China. No one is certain about what the future holds for the U.S.-China relationship, but it will be adversarial to some degree. With its massive commitment to international broadcasting, its Confucius Institutes and other soft power tools, China is resolutely expanding its global influence.

This requires a response from the United States in the form of public diplomacy efforts directed at places where China may be vulnerable. In Africa, where China has invested much money and has extracted vast amounts of natural resources, there is resentment about what is perceived by many Africans as Chinese neo-colonialism. U.S. public diplomacy projects that highlight alternative approaches to working with Africa could be useful in slowing China’s strategic gains on the continent.

Closer to the Chinese homeland, Vietnam is an ideal place to improve the U.S. public diplomacy presence in a country that has historically been hostile to China. China is certainly Asia’s greatest power, but many in the region do not want to be swallowed by a Chinese hegemon. Carefully constructed public diplomacy can strengthen the resolve of those who want to resist Chinese influence.

Public diplomacy is, in large part, about presenting alternatives, and doing so compellingly enough to offset adversaries’ messaging. This is where the “street fight” aspect of public diplomacy comes into play. There is no reason to understate the threat posed by Russian or Chinese expansionism to their neighbors and others they seek to influence. The specters of Russian military and Chinese economic power should be depicted in ways that make global publics want to find means to counter them, and public diplomacy should make clear that there are alternatives.

But all this takes time. These relationships need to be built carefully, and credibility must be nurtured. Public diplomacy is better suited to crisis prevention than to crisis response. Even during peacetime, rivalry among great powers will exist on many levels, with intense political and economic competition. In such an environment, public diplomats might prove more useful than generals.