Home|Vaccine Diplomacy: A New Chapter in the Story of Soft Power 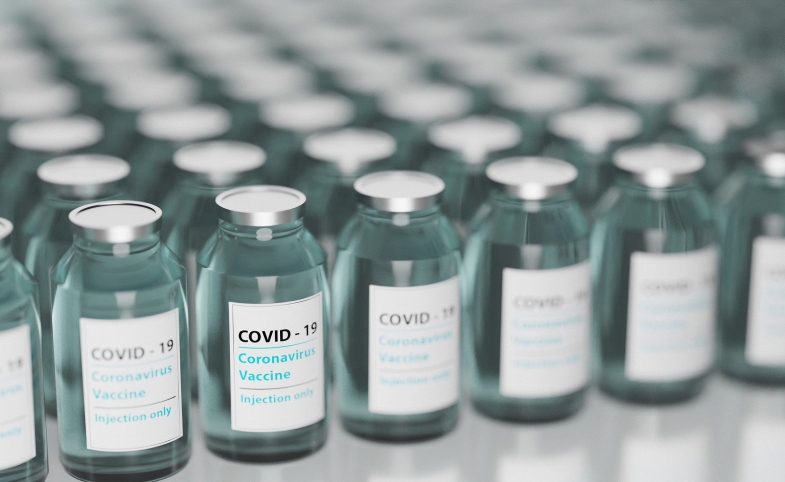 The experts are agreed: the efforts by so many states to produce and distribute in the world their own, national, anti-COVID vaccines have set in motion a new form of geopolitical and soft power competition. A headline in Foreign Affairs proclaimed: "Beijing Hasn’t Won the Soft-Power Stakes But It Has An Early Lead." As recently as February 13, the U.S. government was accused by the Wall Street Journal (WSJ) of just "looking on." If this picture was ever true, it has now radically changed as we shall see.

By way of contrast, said the WSJ reporting from Ethiopia, in the week of February 21 alone, a million Chinese government-backed doses passed through Addis Ababa airport, destined for Ethiopia and surrounding nations. At least 69 countries have now received such doses in the Middle East, Europe, Latin America, even Oceania.

All this was regardless of China’s own population, where observers calculate that only 3.65% of citizens had been vaccinated by the end of February according to la Repubblica. In an article for The Financial Times (FT) titled, "The west should pay attention to Russia and China’s vaccine diplomacy," Moritz Rudolf of the German Institute for International and Security Affairs said, “Health was one of the many subtopics of the Belt and Road initiative. With the pandemic, it has become the main focus."

No one doubts that Russia, with its Sputnik V, sees in its vaccine a new weapon—the first for many years—in its eternal struggle with the West, and in projecting influence more widely. The FT went on to note its clients had requested 1.2 billion doses by the end of February. Italy—where a new Sputnik factory is allegedly to be built—Iran and Hungary have provided Russia with unmistakable propaganda successes on this front and helped conceal the disinformation efforts aimed at discrediting Western products, which has been denounced by the U.S. State Department. Sputnik is forecast to be used across Latin America, and in places as different as Belarus, Algeria and Nigeria. At home, meanwhile a mere 4.57% of the population had been vaccinated by the end of February.

So many and so persistent have been the comments that link vaccine diplomacy to 'soft power' that it’s become worthwhile to reflect on whether that formula itself might now need some re-thinking.

But it’s central Europe and the Balkans that are considered the most attractive prizes by those who see all this as a competition in soft power. Slovakia and Croatia are both looking to Russia and China in the absence of an adequate European presence there. In Serbia, President Vučić has been able to offer his citizens a choice of European, Russian and Chinese products, thereby maintaining his geopolitical distance from each of these poles. The first abovementioned WSJ article reported that on January 16, 1 million Chinese doses arrived in Belgrade, with 200,000 arriving from Russia on the 20th.

But both these players know that they have another great rival in this game: India, home of one of the world’s largest pharmaceutical industries. On January 20, India pledged to distribute its version of the AstraZeneca vaccine to its neighbors Myanmar, Bangladesh, Nepal, Sri Lanka and the Maldives. This is characterized as a public diplomacy initiative called, "Friendship Through Vaccines." While China and India go through another of their armed confrontations on the latter’s northeastern frontier, Aung San Suu Kyi in Myanmar—before the coup—deliberately chose the Indian vaccine for her country, in order not to feel bound to Beijing. Pakistan has no such hesitations and has openly embraced the Chinese product according to an article in Asia Times titled, "How some countries are using Covid to enhance soft power."

What seems certain by now is that the great medical, political and propaganda efforts deployed by the big three powers examined here serve in practice the purpose of distracting the world from their failures or disasters on numerous other issues covered by the soft power formula, from human rights to the anti-poverty battle, from the inadequacies of their own health systems to the ambiguities of their ‘aid’ programs in various parts of the less developed world. An Indian political scientist said as much explicitly in an article for Foreign Policy: the Modi government, he suggested, has probably calculated that a net decline in India’s soft power for now would be a price worth paying for the consolidation of Modi's Bharatiya Janata Party control at home, and for the fulfillment of its long-term, radical, political project.

So many and so persistent have been the comments that link vaccine diplomacy to 'soft power' that it’s become worthwhile to reflect on whether that formula itself might now need some re-thinking. Obviously there are very few states that can match the high-minded, moralistic standards that Joseph S. Nye laid down originally for the normative definition of his conception, if not for brief moments. The COVID drama—and the response of certain great powers—may of course be one of these moments. But if detached from all the other political activities of these nation-states, at home and abroad, the gain in prestige they may currently enjoy—and 'prestige' is simply the historical antecedent of 'soft power'—risks being entirely ephemeral.

If instead we consider 'soft power' under another light, as a mechanism for connecting power in the traditional sense (military, economic, geopolitical) and influence, then another perspective emerges. Contemporary history, and the 'American Century' in particular, demonstrates that the most effective, enduring and penetrating of the links that have connected power and influence arise from the models of modernity—of change, innovation, even 'progress'—which a society is capable of producing and distributing in the world.

Clearly those private Western corporations and universities that have produced in record time the first anti-COVID vaccines have in this sense bestowed on their host nations a soft power premium. But with one condition: that those countries, through their governments, must fill a Nye-style moral requirement and ensure that the benefits of their scientific progress are felt by as many of the world’s citizens as their own. In its own ambiguous way, China, Russia and India have each taken on this challenge, particularly the PRC, which uses the most elevated language to explain its purposes. The others, via the COVAX project, know perfectly well that it exists and have started to move, with the U.S. joining a pre-existing alliance of Japan, India and Australia to counter the Chinese crusade. The EU is awakening to the exposure of its Balkan flank.

The story of vaccine diplomacy as a demonstration of the force of soft power in the world is just beginning.