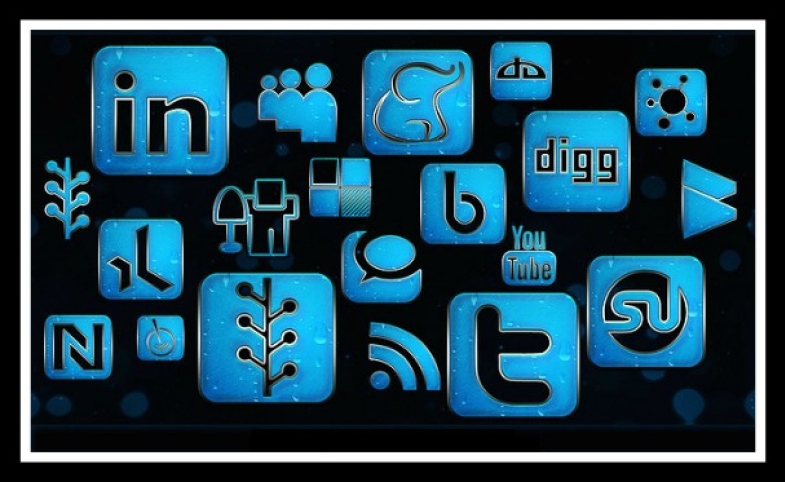 Note from the CPD Blog Manager: This piece was co-authored by Elad Segev, lecturer in media and communications at Tel Aviv University.

Framing theory deals with the manner in which issues, events, and actors are portrayed in a communicative text. Framing studies often focus on mass media frames and their influence on public opinion. Previous studies have identified five generic frames that are routinely used by mass media: conflict, human interest, economic consequence, morality, and attribution of responsibility. The conflict frame emphasizes disagreements between nations and groups. The human interest frame puts a "human face" on an event. The economic consequence frame focuses on economic gains or losses. The morality frame interprets events in terms of moral prescriptions, while the attribution of responsibility frame points to the causes of problems.

Framing, however, is not limited to mass media. Framing is present in any communication form, and governments communicating with their citizenry and the world also engage in framing of foreign actors and events. Recently, governments and their foreign ministries (MFAs) have flocked to Social Networking Sites (SNS) such as Twitter in a practice generally referred to as digital diplomacy. As SNS are now used by governments to comment on world affairs and actors, these channels have become platforms for government framing.

Despite the widespread adoption of digital diplomacy, few studies have investigated how governments use SNS in order to frame foreign countries and themselves. Self-framing is practiced by countries as part of nation branding activities. We recently conducted a study (soon to be published here) which attempted to address this gap.

We investigated the framing of foreign countries on MFA-operated Twitter channels by focusing on two dyads of nations, U.S.-Russia and U.S.-Iran. All tweets in which one member of a dyad referred to another were analyzed in order to detect the presence of the aforementioned generic frames. This called for employing a method used for detecting such frames in traditional media  to individual tweets. The research period included two time intervals, January and February-March of 2014. These intervals included tweets published before and during two major events: the annexation of Crimea to Russia and negotiations between Iran and world powers regarding Iran's nuclear program.

Investigating self-framing on SNS was achieved by characterizing the State Department's portrayal of the United States on its twitter and Facebook channels. We focused on the U.S. given previous studies that have documented the decline in America's image. Using thematic analysis, all content published by the State Department during December 2013 was arranged into overlaying themes. In total, 400 tweets and 100 Facebook posts were analyzed in this study.

Results indicate that the U.S. is currently re-branding itself as a conscientious economic superpower that is committed to resolving crises through diplomacy rather than force, and to mending its relations with the Muslim world.

The analysis of the U.S.-Russia dyad revealed that the most prevalent generic frames used by Russia to frame the U.S. over the three months period were the attribution of responsibility (49%), conflict (25%) and morality frames (14%). The U.S. framing of Russia was found to be very similar, with the attribution of responsibly (40%), morality (27%) and conflict frames (20%).

However, there were substantial differences in how these nations framed one another during both time intervals. Throughout January, no U.S. tweets mentioning Russia contained generic frames. This may be attributed to the fact that during January both nations portrayed themselves as allies attempting to resolve the Syrian crisis. During the second time interval, and the onset of the Crimean crisis, U.S. framing of Russia altered dramatically. The most prevalent generic frames used by the U.S. in February-March were the attribution of responsibility (57%), morality (38%), and conflict frames (29%). Thus, Russia's portrayal transitioned from an ally to a maverick that defies international law. The same is true of Russia's framing of the U.S. As tensions in Ukraine mounted, the U.S. was framed as a morally bankrupt country.

The analysis of the U.S.-Iran dyad yielded different results. The economic consequence generic frame was the most prevalent frame used by Iran (38%) and second most prevalent frame used by the U.S. (36%) over the three month period. While both nations employed other frames, the economic discourse dominated U.S.-Iran framing. Moreover, the manner in which both nations framed one another did not alter between both time intervals

The differences between the dyads may be attributed to the fact that during the sampling period the crisis between the U.S. and Russia intensified, as opposed to the crisis between the U.S. and Iran. In summary, results indicate that governments use SNS in order to frame foreign countries and that such framing is influenced by the existence of conflicts. Results also suggest that framing methodology may be used in foreign policy analysis. By analyzing transitions in the framing of countries, one may characterize relationships between countries.

The analysis of America's self-framing on SNS revealed four prevalent themes: America's moral leadership, America's soft power, America's economic leadership, and mending relations with the Muslim world. Results indicate that the U.S. is currently re-branding itself as a conscientious economic superpower that is committed to resolving crises through diplomacy rather than force, and to mending its relations with the Muslim world.

...digital diplomacy may contain facets of both nation branding and public diplomacy. Further digital diplomacy studies may enable scholars to better understand the relationship between these concepts.

Interestingly, morality seems to be a common theme when governments frame themselves and foreign countries. The majority of SNS content published by the State Department dealt with America's moral leadership, Russia framed the U.S. as morally bankrupt, and Iran questioned American morality by highlighting sanctions on medical facilities. One explanation for this finding is that morality contributes to a country's soft power. Our results indicate that countries highlight their own morality while calling into question that of others. This may be an attempt to increase one's soft power resources while depleting those of an adversary.

India is undergoing massive national renewal under the Modi government that took office in May 2014. 'Business Standard' of 15 Nov 2014 carried an article I wrote, titled 'How to Brand India?' that connects with the theme of Ilan Manor's comments. Pl see: http://www.business-standard.com/article/opinion/kishan-s-rana-how-to-br...
In some countries, including India, a deliberate nationwide branding policy is yet to be implemented. The first challenge is to devise a policy that involves all the elements of the national diplomatic system, especially including potential non-state contributors.
I also believe that education diplomacy, including expanded exchanges of students, has a special role for building longterm connections.

Dear Kishan
Thanks for taking time to read and comment. I very much agree with your arguments. Recent studies have all shown that nation branding activities rely on the ability of all stakeholders to work jointly on a project. This includes government, government agencies, PR firms etc. It is my belief that MFAs are in a unique position to serve as coordinators of such projects as they work horizontally with other gov branches and vertically with a system of embassies around the world. However. nation branding only works when tied to reality, as you state in your own article. Finally, I think exchange students are an important component of nation branding as studies have shown that interaction with people from other countries have an immense impact on the manner in which one viwes a foreign country.