Home|Anti-Social Media: When a Nuisance Becomes a Threat 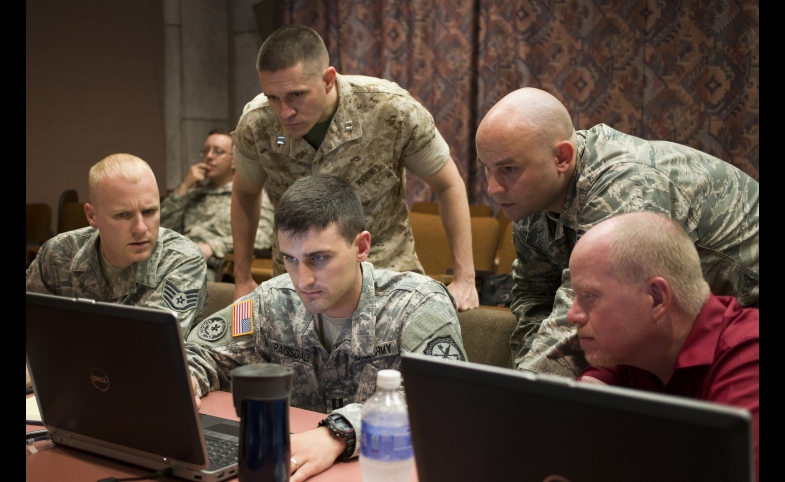 Anti-Social Media: When a Nuisance Becomes a Threat

The lid has been lifted on at least part of Russia’s “Internet Research Agency” in St. Petersburg as disaffected Internet trolls have been telling reporters how the covert corps of cyber-provocateurs has been spreading propaganda in favor of President Vladimir Putin and attacking his perceived enemies on international blogs and news and opinion websites.

But information is starting to emerge about other operations that raise disturbing new questions about whether some of Russia’s online agitators have graduated from creating minor nuisances to becoming serious national security threats.

Three disturbing incidents were described by Adrian Chen in a June 2 article in The New York Times Magazine. The first occurred on the Louisiana coast last Sept. 11, when social media suddenly erupted with hundreds of reports, some with photos and video, warning of a toxic leak in a nearby chemical plant. Reporters, TV stations, and politicians from Louisiana to New York were besieged with Twitter, Facebook, and email accounts of a disaster. A page describing the leak appeared on Wikipedia, and messages linked to stories about it on CNN, local news websites, and YouTube, which showed a video of Isis terrorists claiming credit.

The only trouble was, none of it was true. The emails, texts, tweets, and Facebook posts were all sent from phony accounts. The CNN and other news media web pages had been faked, and so had the YouTube video and Wikipedia page.

No chemical leak had occurred. There was no danger. And fortunately, no one panicked. But someone – or, more accurately, a group of people – had gone to a lot of effort to try to create a panic.

Then, three months later, in the wake of the Ebola crisis, the same social media accounts came alive again, this time in Atlanta, falsely reporting that Ebola had spread there. An accompanying video was made to appear as if a passerby had surreptitiously captured hazmat suit-wearing health care workers secretly transporting a patient on a stretcher in one of Atlanta’s airport parking garages.

It was all a hoax.

That same day, The New York Times reported, there was another well-coordinated attempt in Atlanta to spread false rumors – and provoke civil unrest – this time with reports that an unarmed black woman had been shot to death by police. The false reports came from a new group of phony social media accounts using the hashtag #shockingmurderinatlanta.

Our government, like our society, is rushing to learn and take advantage of the new tools that social media have given us to communicate. But a dependence on social media can also become a vulnerability if the public becomes too dependent on it, or if social media loses all credibility, which seems to be one of the objectives of pro-Russian trolls.

There have been other incidents. This week brought news that French authorities now believe Russian hackers were responsible for a cyberattack in April that blocked all broadcasts from TV5Monde, a government-supported TV network, for several hours, and used the network’s social media accounts to protest France’s military activities in Iraq.

If any of these incidents was initially dismissed as a prank, nobody’s laughing any more. These were deadly serious efforts to stir up civil unrest in open, democratic societies. They were potentially dangerous. And they raise serious questions about what we can and should do about them.

The misleading YouTube video shot in Atlanta’s airport (it showed the participants passing behind an official Hartsfield-Jackson Atlanta International Airport van) revealed that at least six individuals were involved, including the person who filmed them. Who were they? If they had been arrested, what identification would they have shown? (Would they have been able to claim diplomatic immunity?)

They’re presumably still out there. Are there others? What are they planning next?

Look at it this way: If a team of foreign spies was caught in a U.S. city trying to start a riot, what would be our response? What should we do to protect against them succeeding?

Which brings us to the public diplomacy connection. Our government, like our society, is rushing to learn and take advantage of the new tools that social media have given us to communicate. But a dependence on social media can also become a vulnerability if the public becomes too dependent on it, or if social media loses all credibility, which seems to be one of the objectives of pro-Russian trolls. There have to be some places the public can go in times of crisis where they know they can trust what they see or hear there. The U.S. government, and its international media such as Voice of America and Radio Free Europe/Radio Liberty, among others, should be among them.

In support of that mission, our diplomats should take advantage of every opportunity they have to help build media literacy wherever they serve. Too many people in too many countries (including ours, no doubt) believe too much of what they see, hear, and read on the Internet. We Americans believe in freedom of speech, but we also believe it’s important to assess credibility, and we can help teach how to do that, thanks to our experience of having to weigh information sources in an open, competitive, and free society. Just because it’s on the net doesn’t mean it’s true.

In the meantime, I hope our law enforcement agencies identify the people behind these provocations. Shouting “Fire!” in a crowded theater is not freedom of speech, it’s a crime. And if it’s done by an organized team of state-supported provocateurs, it will require more than the local police force to stop.