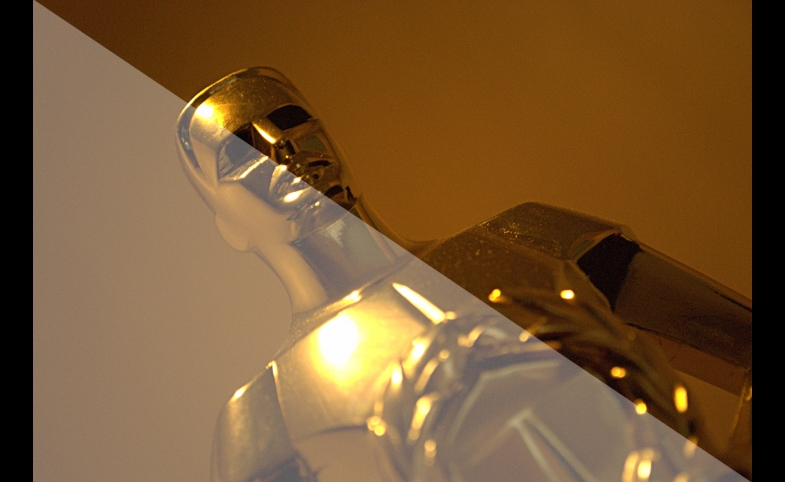 For the second year in a row, #OscarsSoWhite has dragged America’s diversity problem back into the global spotlight. After last year’s backlash, the Academy rolled out A2020, a five-year plan aimed at encouraging film executives to hire a more diverse talent base. Yet the recent report by USC’s Annenberg School found that not much has changed—only seven percent of films in the past year had casts that accurately reflected the nation’s actual demographics. In short, “the film industry still functions as a straight, white, boy's club.”

More than simply excluding the stories of people of color, Hollywood has a tendency to “whitewash,” casting white actors to play roles originally intended for people of color—from John Wayne as Genghis Khan to Rooney Mara as Tiger Lily.

American actor and director Jay Chandrasekhar argues that it all goes back to marketability: “It’s an endless discussion in the casting rooms, in studios and in television. Endlessly, like ‘we should get some color in this thing,’ and you’re like, ‘okay,’ but it’s rarely in the leads, because we’re all trying to make money.”

Exodus Director Ridley Scott puts it even more bluntly. “I can’t mount a film of this budget…and say that my lead actor is Mohammad so-and-so from such-and-such…I’m just not going to get it financed. So the question doesn’t even come up.”

But Hollywood isn’t just for Americans anymore. Even as research shows that white audiences tend to shirk more diverse films because they don’t see themselves as the intended audience, studios must recognize that white audiences are no longer the majority. Within the U.S., the MPAA reports that people of color already account for a larger percentage of movie-goers than white Americans. Internationally, American movie-goers account for 42.9 percent of box office gross, down from 51.3 percent a decade ago. In other words, over half of total box office take these days is international.

Hollywood’s response to the internationalization of film audiences has been more about surface appeal than genuine diversification.

In this era of globalization, reception from international audiences is a mandatory part of Hollywood’s equation. China alone is a tremendously influential market—enough to prompt script revisions for fear of offending the government (and censor board), but apparently not enough to prompt a genuine attempt at appealing to Chinese audiences.

This can perhaps be traced to the racial empathy gap, a theory that minority audiences are able to empathize with white characters, but not vice-versa. Thus, all-white casts can still draw diverse audiences, but diverse casts risk alienating white audiences. Whether or not this is actually the case is irrelevant; what matters is what studio executives and directors believe can make a movie profitable.

Thus, Hollywood’s response to the internationalization of film audiences has been more about surface appeal than genuine diversification. This is largely accomplished through cameo roles for international actors—take the fleeting glimpse of Fan BingBing and Wang Xueqi as doctors in Iron Man 3, a scene that was expanded into nearly four minutes for the Chinese version. Similarly, the Indian release of The Amazing Spider-Man gave Irrfan Khan prominent placement in promotional materials, despite having only a handful of lines in the film itself. Chinese and Indian audiences criticized these cameos for what they were—blatant pandering.

India’s First Post was particularly scathing: “When [Khan] is left hanging, there’s a billion of us hanging out there with him going ‘Hey! You can’t just leave us like this. We want some respect, dammit. Don’t you know who we are? We are a BRIC country.’”

Hollywood might be a global giant, but it does not hold equal weight everywhere. In Western Europe, Hollywood is often secondary to national cinematic productions, particularly in France and Spain. In Asia, Africa, and Latin America, however, American blockbusters still beat out the local industry more often than not, especially as Hollywood begins to produce joint ventures with important markets such as Argentina and China.

But even as international audiences rise in importance for Hollywood, the industry still sees no incentive to diversify. After all, it has a string of global successes to tout as evidence that foreign audiences will still flock to see films that erase them from the narrative, as long as a few token concessions are given in the form of cameos, scenery shots, or product placements. But this comfortably complacent line of thinking is not only stifling innovation within the industry, it is crippling America’s broadcasting potential. As the film industries of India, China, South Korea, Nigeria, South Africa, and other non-Western countries grow in scope, and as audiences (irrespective of race) seek out more diverse content, Hollywood is undermining its own future. For every mega-hit it produces, there are half a dozen flops, and the industry’s long-term survival is dependent on modernization and improvement. It can start by catching up with the times, and letting casts and crews actually reflect the same audiences it wants to draw in.