Home|The State, Cuban Rap, and the State of Cuban Rap 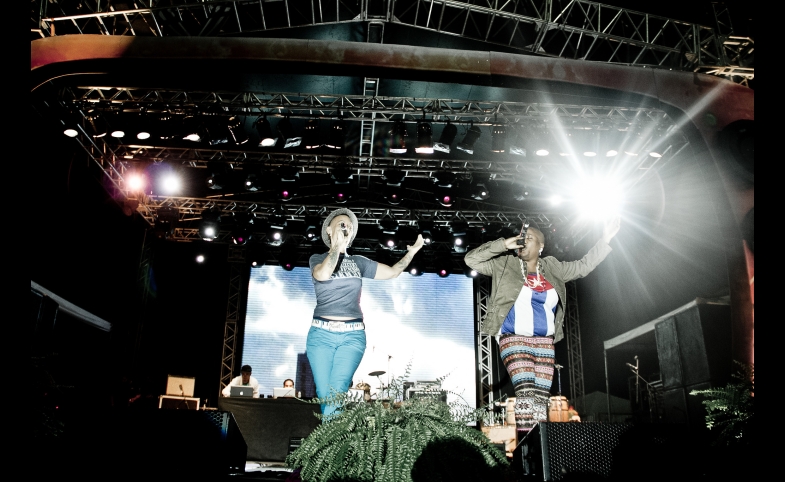 The State, Cuban Rap, and the State of Cuban Rap

The year is 1999. Cuban rappers are barred from performing in Havana’s club scene, shows are broken up by force, and the government denounces the art form as “Americanizing.”

2002 is a different world. Fidel Castro calls rap “the vanguard of the revolution” and performs alongside Doble Filo at a baseball match in Havana.

Now, in 2016, Cuban rap is at a crossroads. The state has taken a role in the promotion and recording of artists through institutions such as the Cuban Rap Agency and the Asociación Hermanos Saíz. While many artists chafe at the regulatory environment, not many are willing to leave it entirely, and even less would consider turning against the administration responsible for it.

As a vehicle for social dissent, rap does not necessarily have to ally with one side in order to call out the other, but that is what both the U.S. and Cuban governments seem to think. For instance, when artist Papa Humbertico stepped onstage at the 2002 Havana Rap Festival to rap about police corruption, the largely foreign press at the event spun the story into a youth uprising against Castro, who responded with the creation of the Cuban Rap Agency a few days later.

If Cuba is aiming to have a rap scene with actual international appeal beyond the club circuit, the state should relax its hold.

The different arguments about the purpose of rap in Cuban society stem from a corresponding schism on how and why it began in the first place. One faction argues that rap stems from marginalized actors in the country (mainly Afro-Cubans) acting to empower and expand civil society. Another sees rap as the natural continuation of radical art in the country following the 1959 Revolution, as the cultural sphere became another institution of the “protest state.” Still others see Cuban hip-hop as a reaction to globalization, with Cuban youth aiming to emulate U.S. consumer culture. What is indisputable is that hip-hop, as a genre born in the U.S. but pioneered by Black, Caribbean, and Latino artists ranging from Afrika Bambaataa to the Rock Steady Crew, took on a double diasporic element in Cuba.

Whatever it may have started as, Cuban rap has become something new altogether. Mainstream acts find international success by borrowing increasingly from reggaeton to create popular club music that is nonetheless lyrically uniform and largely uncontentious. For those who still use hip-hop to advance discourse and social justice, the state amplifies their voices with the implicit understanding that it is equally capable of muzzling them if it’s not a message they like—for instance, rapper Soandres has been forbidden from performing songs that deal with racism against Afro-Cubans. In short, the rap scene in Cuba—for all that it is flourishing on paper, with over five hundred artists signed to record deals on the island—is weakening in actual credibility. At a time when U.S. rappers are dominating the club scene and underground rap is centering on protest artists like Guatemala’s Rebeca Lane to Palestine’s Shadia Mansour, Cuba is not exactly leaving a mark.

It’s a pity, because Cuba is in a position where it could use some soft power appeal, particularly on the same social issues—like unemployment or the treatment of Afro-Latinos—that neighboring countries are going through. If Cuba is aiming to have a rap scene with actual international appeal beyond the club circuit, the state should relax its hold. As it stands, the current state of affairs is driving even commercially successful artists such as Krudas Cubensi to leave the island.

It is unlikely that the state will agree to fully relinquish its grip over one of the most politically-charged and easily-disseminated forms of messaging out there. But at the very least, that grip should be loosened. Keeping the current level of imbedded censorship in Cuba will push hip-hop artists in one of two directions: harmless club music or increasingly blatant rebellion. Commercially, Cuba cannot compete with the American rap scene, or even with that of its Latin American neighbors. Ideologically, however, Cuba is strongly positioned to emerge as a strong voice in the underground scene—if its artists could gain some credibility as independent actors.

The suggested reforms are simple: the first being the appointment of an actual hip-hop artist to head the Cuban Rap Agency. The agency's first director, Susan Garcia Amoros, had no prior experience with music administration, much less with hip-hop, leading to accusations that she prioritized party interests rather than artistic ones. The second director, Magia Lopez of rap duo Obsesion, had a short-lived term due to clashes with the new generation of rappers. The current head, Xiomara Madrazo Oquendo, is a return to party interests. Second, censorship must end. Even in cases where the state does not forbid a certain song’s performance, it can arrange for limited venues and exposure, thus threatening an artist’s livelihood and effectively amounting to outright censorship. It’s time to end these attempts at control. Hip-hop depends on an open environment, and if the state wants to benefit (monetarily and in reputation), the state has to provide that.

Already, the Castro regime is relaxing its hold enough for artists to collaborate with schools in promoting a national dialogue on racism—directly against the government’s previous efforts to emphasize national over racial identification and deny racial tensions with a mythologized past of mestizaje. It’s a definite start.