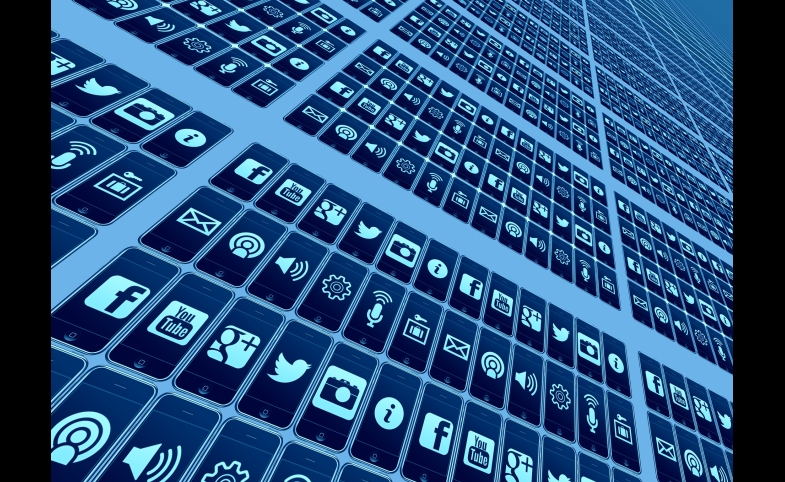 On October 20, NATO’s Public Diplomacy Division hosted its 3rd NATO Experts Forum: Social Media for International Organizations in Brussels. The event became a magnet for social media gurus, diplomats, and political leaders from more than 30 countries. The reason for this gathering is NATO’s continued commitment to adapt, transform and modernize its communications toolbox and to strive for first class social media communication across the Alliance.

A decade ago, NATO’s Public Diplomacy Division and its stakeholders stared blankly at the skyrocketing evolution of social media. Facebook, LinkedIn, Flickr, Twitter—just to name a few—were new phenomena which at first seemed to attract young people, but had no place in a serious international organization that dealt with high-level political topics, let alone security and defense.

But the evolution could not be stopped, and if NATO wanted to keep its communications and public diplomacy in step with the rest of the world, it had no other option but to adapt.

Discussions and brainstorming took place: should NATO even be on social media? How to embrace the dichotomy between the fact that social media depends on open, two-way communication whilst a political-military organization governed by 28 nations is by default more diplomatic and cautious in its communication? Who could engage on social media whilst the rules for media engagements were fairly restricted to NATO leadership and its spokesperson? How to manage the plethora of voices on social media when in fact NATO needed to speak with one voice in order to project a unified message?

All of these—and many more—questions were coming up as NATO was embracing social media and establishing its digital presence. But by being willing to listen and learn from others, NATO’s Public Diplomacy Division came out of the communications dark age.

NATO can proudly say that it has reached the 21st century in modern communications.

The presence of over 200 participants from all corners of NATO’s political and military structures and representatives of its member states at the conference, all dedicated to latest trends in social media, is a testament to the long road that NATO took to have an established and respected social media presence.

NATO’s Facebook page has 1.2 million followers. The most popular posts are remarkable images from NATO’s missions and exercises, such as a short video from a winter warfare exercise in Norway with an organic reach of 4.4 million—51,676 interactions, 4,600 comments, and more than 10,000 shares.

NATO Secretary General Jens Stoltenberg is a keen Twitter user. He brought in his account from Norway, where he served twice as Prime Minister. He combines political messages with more private tweets such as his farewell tweet upon David Bowie’s death that earned him 708,852 impressions, 352 clicks, and 162 retweets. He holds Twitter and Facebook town halls that allow him to engage directly with people around the globe.

Similarly, NATO Spokesperson Oana Lugescu (@NATOpress) communicates with hundreds of journalists and simultaneously uses Twitter to push back against Russian misinformation campaigns and myths. One of her latest tweets showed a map of Russia with highlighted common borders with NATO member states. These common borders represent less than 10% of Russian territory. The objective of the tweet was to debunk Russia’s claim of NATO’s encirclement. She received an engagement rate of 10 percent, with over 1000 retweets and likes. 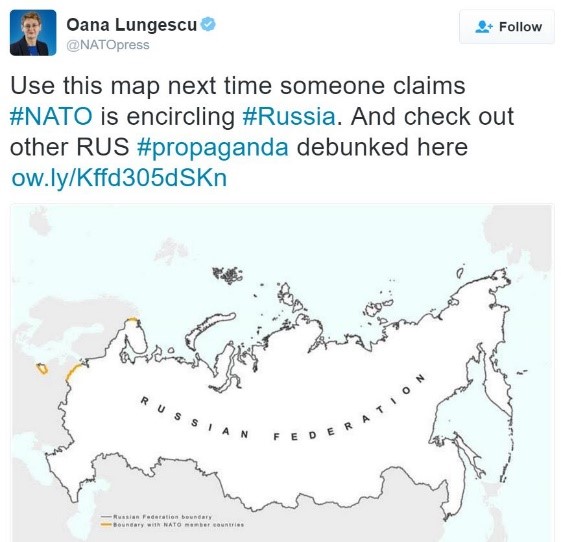 At the same time as NATO started pondering its social media presence, a different communication challenge arose thousands of miles away from its headquarters in Brussels. The challenge was how to portray NATO’s role in Afghanistan in a visually attractive manner. NATO’s mission ISAF in Afghanistan needed strong public support in European capitals for increased troop contributions. How to explain to households in Prague, Paris, Berlin, or Sofia that Afghanistan needed their help?

Media organizations faced difficulties with on the ground reporting in Afghanistan, limiting their reach to European publics. Thus, the idea of the NATOChannel was born. Creating an internal team of experienced video-journalists who could be embedded alongside ISAF troops and provide first-hand reporting from Afghanistan, supplementing the missing imagery and feeding it to the broadcasters free of charge, proved to be an excellent project. The focus also started to shift toward human interest stories of ordinary Afghans. For instance, in 2011 NATOChannel featured a story on Roya Mahboob, a young female entrepreneur from Herat. In 2013, Time magazine voted her as one of the top 100 most influential people in the world for her work in building internet classrooms in Afghan schools. She became the face of Afghan progress.

Today, NATOChannel follows NATO troops into exercises, naval missions and training opportunities offered to NATO partners. National and international broadcasters are eager to air NATO’s footage, as it has become known for its quality imagery, unique access, and interesting angle.

On the back of the social media forum in Brussels, a digital working group met to explore methods of joint coordination and cooperation within the broad NATO family (civilian and military), as well as partners from a number of member countries.

By stepping up its social media presence and digital footprint, NATO can proudly say that it has reached the 21st century in modern communications.

Photo by Geralt I CC 0