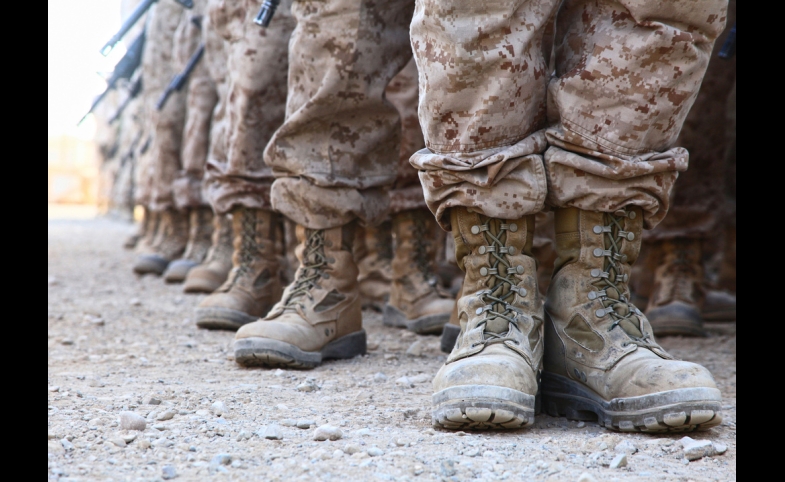 Boots on the ground are the only means by which Islamic State will be ultimately denied its safe havens inside Syria and Iraq. Both feared and favored, boots means young men grinding out military victories and suffering unexpected defeats house by house, street by street in a foreign land far away.

Military planners agree that air campaigns can help contain Islamic State and that intelligence can tip off the world to planned attacks. But there is no cheap, easy or effective way to kill the culprits who are plotting the strategic collapse of civilized society. Boots on the ground are necessary for defeating them where they now freely organize and operate.

The question becomes: Whose boots?

Recent experience shows American boots should be the very last ones to hit the ground in the current fight. France and Russia have just suffered horrendous tragedies, but they should keep their troops off the battlefield, too. A big part of Islamic State’s strategy is to hit the civilized world with high-visibility, horrifying attacks as in Paris and lure foreign fighting forces onto their territory and into their trap.

The only credible and capable boots are local ones, indigenous forces fighting to survive where they live, neighborhood natives who speak the language and know the back streets of their hometowns. Unfortunately, those potential forces are currently outgunned, outmanned and on the run. They are fleeing the area by the millions, with hundreds of thousands heading by land and sea to Europe as refugees seeking political asylum.

Recent experience shows American boots should be the very last ones to hit the ground in the current fight.

These devastated and humiliated hordes are abandoning their homes, often leaving their friends and families behind, putting their hopes in a somewhat distant dream of European security and opportunity.

Instead of the world shutting the door to Syrian and other Middle Eastern refugees, a newly forming anti-Islamic State coalition should invite these people to join a new operational force and give them the training, resources and support needed to liberate their lands and reclaim their homes. If this is war, as France’s President Francois Hollande has declared, then it is now time to muster that able and fleeing manpower to help shape a positive future and salvage homelands.

Instead of shunting them to refugee camps or suburban ghettos to be idle or unemployed, Europe should develop a plan and an incentive to organize and deploy them in a fight for their families’ dignity and survival.

Naturalized European citizenship can be one such major incentive. Europe could copy an American program reinvigorated following the 9/11 terrorist attacks. The United States offers an immediate path to naturalization to individuals, and their spouses, enlisted in the U.S. armed forces during wartime. In fact, between 2002 and 2015, more than 100,000 service members have become naturalized American citizens.

The French Foreign Legion, too, has a similar program. As early as 1871, foreigners who fought for this unique military branch received the option of French citizenship at the end of their service. Even today, a foreigner serving France and injured in battle receives citizenship via a provision of “Français par le sang versé” – “French by spilled blood.”

Such a program should be extended throughout the continent for newly enlisted combat troops. These forces could muster, train and stage in Syrian border countries Lebanon and Turkey – both nations recent Islamic State terror targets. A successful military campaign could create the conditions for them to return home to Iraq and Syria; their sacrifice, service and sworn allegiance to coalition nations should earn them the option to live and work in their new countries.

The need for a coalition of air, sea and intelligence support will be crucial for any ground fighting force, with the United States and France already upping their commitment in this struggle.

Winning on the ground will disrupt and eventually destroy Islamic State’s formidable resources and capacities.

Winning the ground game is critical, but it’s only the beginning. The real war will forever be the war of ideas.

Note from the CPD Blog Manager: This piece originally appeared at the Sacramento Bee.